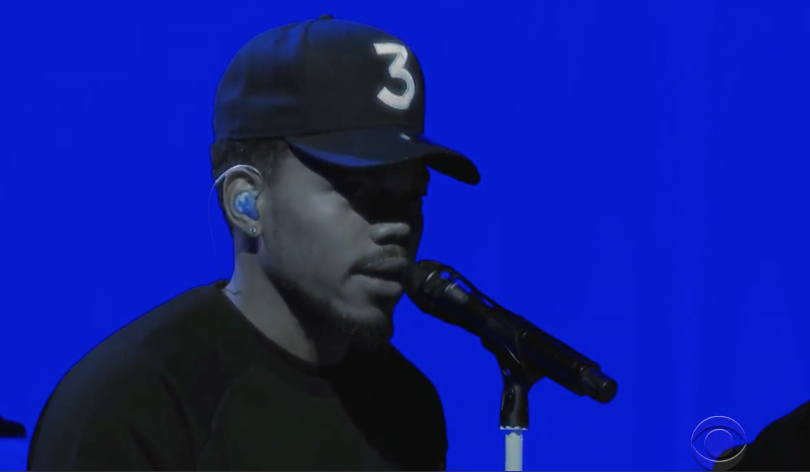 Chance The Rapper performs a new song on The Late Show

Chance The Rapper is a Grammy-winning rapper out of Chicago. Not too long ago, he performed a new song featuring Daniel Caesar on The Late Show with Stephen Colbert.

“I was supposed to do “Grown Ass Kid” tonight and I called you up and said I couldn’t do that anymore for reasons I don’t want to go into. We had to come up with a song in a matter of days and I wanted to do something fresh. Not to lie, I’ve been in the studio a lot lately, cooking up some yammers. They’re honestly great. I premiered “Angels”, the first song off “Coloring Book” here. So, why not do a new song for you tonight?”

Before his performance, Chance revealed that he wrote the song two days ago.