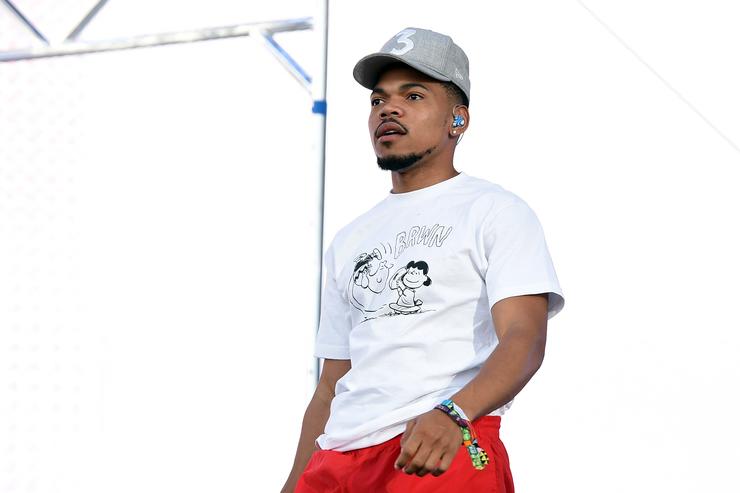 Chance the Rapper is a 25-year-old artist from Chicago, Illinois. Not too long ago, he released four new bangin’ singles, entitled, “Chance 4”.

“They think they Heath Ledger scary, they just Jack Nichols. I’m a sign to my city like the Bat-Signal. Young chosen one, golden boy, De La Hoya. It ain’t too many me’s, rest in peace to Verne Troyer. I was younger than I seemed as a kid. I mean my G17 18 in the head, I mean I’m only 25 but I’m Motown 25. Bet I get a statue in my hometown when I die. And Rahm you done I’m expecting resignation. An open investigation on all of these paid vacations for murderers.”

Chance the Rapper utilizes Jamie Foxx’s ‘f**k you’ voice sample to address Rahm Emanuel (the Mayor of Chicago), his Chicagoist anti-racist platform, social media trolls, etc. The good guy, the hero, steps outside his character and addresses people on his hit list using foul language that they are accustomed to.

“I could spare a rib to get my baby back. I just wanna fall asleep where my baby at. So I don’t wake up wondering where my baby at. I wonder if we’ll make it back. I wonder, ‘Can I pay her back, please’. 65th and Ingleside, way before Jamie got his jingles right. I was sleeping with you every single night. But I was still tryna act single right. 65th and Ingleside. I was stacking chips like bingo night. I didn’t have to pay for a single light. So I’ma make sure everything go right.”

Chance the Rapper dedicates a lovely song to his fiancée and the inexpensive spot where they used to live. She held down three jobs, the bills, and pretty much everything else. That sacrifice enabled Chance to work on his raps. Then one day, Donald took him on tour, and the rest is history.

“Luckily, my ex uh-guh-ly. I don’t eat, so she can’t get no lunch with me. I don’t reach, so she can’t get in touch with me. Can’t be buds with me. Don’t know what to be. She gon’ cuss at me. Told her, ‘Give it a rest’, so I keep custody. Keep it all side-eyes and side-hugs with me. I know that my girl’s trust is a luxury. I don’t want my next album sounding all Usher-y. But I must confess, I must confess. For every single ex, I want the best. I really wish you nothing but success. I know it’s gonna work out.”

Change the Rapper is a good guy. He wants the best for exes he used to be romantically involved with. Even though he wishes them well, he’s happy with his current life.

Also, he mentions that he’s happy with the development of his first child. Shortly afterward, he raps, “I’ma have so many seeds, I could have a birdhouse.”

The tremendous storytelling on “65th and Ingleside” paints a vivid portrait of the power that empowered Chance’s rise to fame. Also, it connects us with the mind of a humble genius who values morality. “Work Out” shows his humbleness, sincerity,  and caring for others. “I Might Need Security” exposes his dark side as he goes to war with words. And “Wala Cam” is just a celebration of life in Chicago.

We recommend adding Chance the Rapper’s singles to your personal playlist.