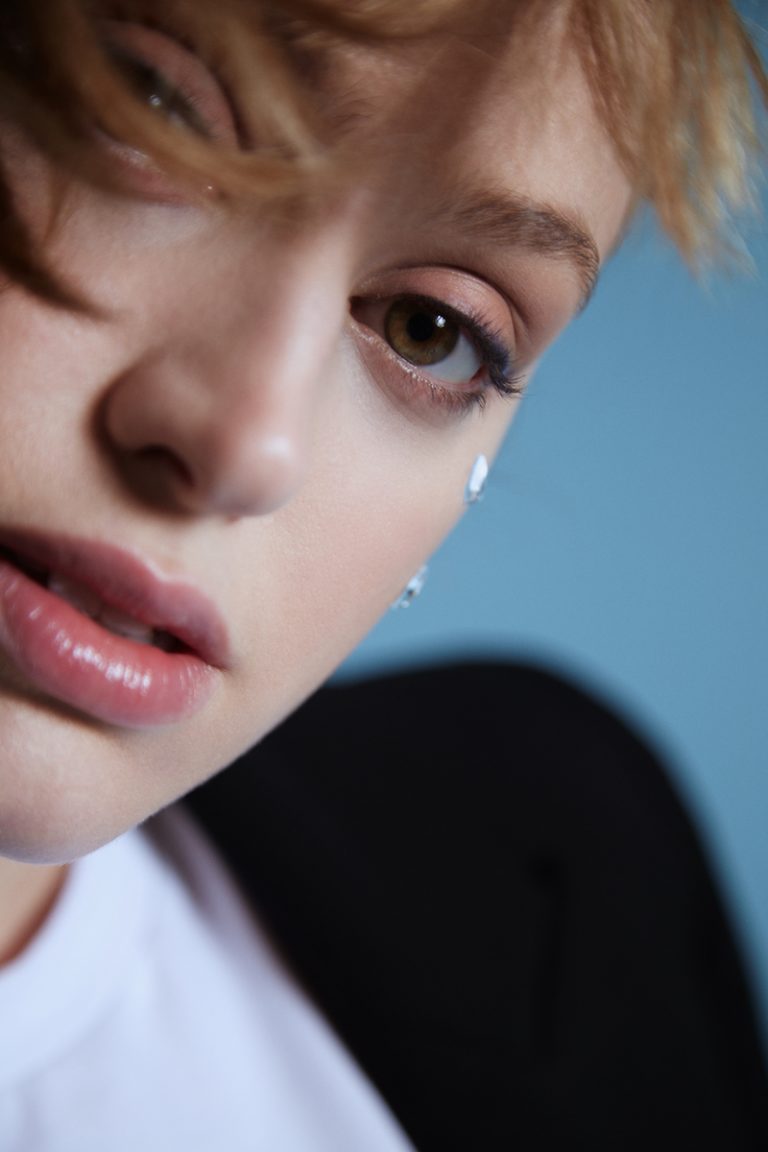 Betta Lemme releases a lyric video for her “Cry” single

Betta Lemme is an emerging singer-songwriter from Montreal, Canada‎. Not too long ago, she released a lyric video for her “Cry” single via Ultra Music.

“I’d play ‘Blue’ when I was happy, sad, angry—anything. That song kept me moving. I replay it again and again and realize how poignant and relevant the lyrics still are. We were all dancing to a song that confronted depression and perpetual sadness. Isn’t it funny listening to songs we enjoyed as a child then finding out how it takes on new meaning 20 years later?” – Betta Lemme explained

Do you remember your favorite song as a kid? For Betta Lemme, it was Europop megahit, “Blue (Da Ba Dee),” by Eiffel 65, which took the radio by storm in 1998.

‘Cry’ juxtaposes its subject matter against its delivery, much like “Blue (Da Ba Dee),” and is as infectious as it is tender to the heart. The track serves as an anthem of resilience and empowers listeners to find strength in their tears. In under three minutes, Betta Lemme tackles the stigma around crying as a sign of weakness over a reimagined beat that lends listeners the confidence to be bold in their emotionality—on and off the dance floor.

“‘Cry’ is about, well, crying, and the ability to carry on for another day, regardless of what life throws at you. Every tear helps us level up. Crying is cathartic.” – Betta Lemme states

‘Cry’ contains a relatable narrative, ear-pleasing vocals, and tuneful melodies that will resonate well with fans of Inna, ZOË, and Icona Pop. The dance-friendly tune possesses up-tempo instrumentation flavored with electro-pop and contemporary dance elements. Furthermore, “Cry” was released alongside a guest playlist curated by Betta Lemme. The playlist includes hits you can dance and cry to by artists such as ABBA, SOPHIE, Ariana Grande, My Chemical Romance, and many others.

Not too long ago, Lemme was featured on the cover of Spotify’s Bangers playlist in the US. Also, her “Cry” single landed on Spotify’s New Music Friday (Canada) as well as Apple’s New Music Daily (Canada).

In February (2021), Betta Lemme’s debut smash hit, “Bambola,” climbed back on the charts following an epic sync placement on Netflix’s number one film, “To All The Boys: Always And Forever,” which premiered earlier this month. The official soundtrack features incredible talent including Anna of The North, ASHE, BLACKPINK, Charli XCX, FLETCHER, Spice Girls, and more.

For Betta Lemme, it all started with an organic collaboration with Grammy-nominated duo, Sofi Tukker, on “Awoo.” In 2017, Lemme co-wrote the tune and added her vocals. One year later, she released her first single, “Bambola,” and it became an instant hit touting 68 million streams to date and counting. The modern rendition of Patty Pravo’s “La Bambola” impressed all around the world, landing at #1 in Israel, #4 in Italy, and #50 worldwide on the radio charts in 2018. The success transformed Lemme into a truly international phenomenon.

Betta Lemme’s first-ever live performance of “Bambola” was on one of Italy’s largest national TV programs, Che Tempo Che Fa, with over six million viewers. Shortly afterward, she performed at multiple Italian festivals including Wind Summer Festival and Battiti Live. Both festivals were televised with over 3.5 million viewers.

Lemme’s French TV debut was an acoustic piano performance of “Bambola” live on one of the most-watched and influential TV shows in the country, C à Vous. She followed with a live performance on Touche pas à mon poste!, where she surprised the audience by shredding her guitar.

No one-hit wonder, Lemme upholds an undeniable track record with her “Bambola” EP, released in 2018. She released several singles afterward including “Give It” and “Kick the Door.”

Betta Lemme aims to deliver certified-bops for you to dance and cry to. Last year, she released “Mommy,” co-produced with Danny L Harle (Carly Rae Jepsen, Charli XCX, Clairo). The song challenges the stereotypes that women face around aging. Also, “Mommy” inspires women to get what they want and to never feel ashamed for it.

Every Lemme song is a movie or at least part of a movie. Or a scene set for supreme drama, impetuous romance, and lovely tragedy. With her opulent sense of melody, Lemme dreams up dance music that not only elicits beautiful movement but builds entire worlds inside your mind.

Betta Lemme’s forthcoming songs are sprung from a dream world where her icons are her closest companions. Freddie Mercury is her father, Gaga is her older sister, and Liberace is her decorator. When sculpting a new song, she chooses two disparate artists and envisions their unlikely offspring. For example, the musical baby of Britney Spears and Nine Inch Nails. Other times, Lemme imagines songs as soundtracks to very specific movie moments. She conceptualizes a dance-track-in-the-works as a Quentin Tarantino fight scene.

A trilingual artist of Italian descent, Lemme performs in Italian, French, and English. She threads her vocals through a lavishly textured sound that echoes her eclectic obsessions. Her music includes orchestral pop from the ’60s and dance music from the ’90s. It’s this unparalleled approach that marks Lemme as one-to-watch and a force to be reckoned with.

We recommend adding Betta Lemme’s “Cry” single to your favorite playlist. Also, let us know how you feel in the comment section below. Mel Blanc’s famous catchphrase, “That’s All Folks!” Thanks for reading another great article on Bong Mines Entertainment. And always remember that (P) Positive, (E) Energy, (A) Always, (C) Creates, (E) Elevation (P.E.A.C.E).