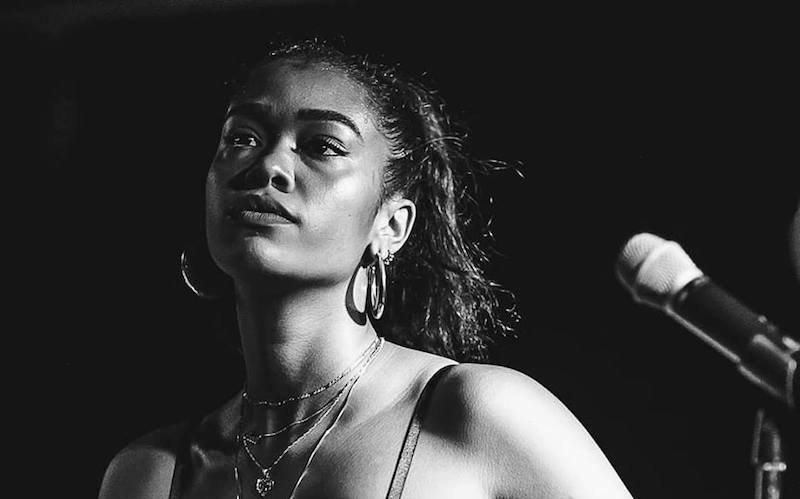 Amber Mark is a talented R&B/Soul singer-songwriter from Manhattan, New York. Not too long ago, she performed her “Put You On” single during her Vevo DSCVR 2019 Artists to Watch session.

“But you’re still on my feed every time that you post and I’m liking what I see. It’s been a while but I’m still like before. Only thing that’s been changed is my money and my clothes. Boy, let me put you on, show you my glow up. I wanna see your face, you should come pull up. Boy, let me put you on, I want something more. And maybe this time you’re what I’m looking for.” – lyrics

The Janssen Powers-directed video finds Amber Mark performing in a brown outfit alongside a drummer, keyboardist, and guitarist. Her heartfelt performance showcases why she’s an artist you need to keep an ear out for.

Not too long ago, she released a fashionable music video for her “Put You On” single featuring rapper DRAM. Check it out below.

The Mahaneela-directed video finds Amber inside a grocery store, a place where she bumps into Dram, her new love interest. The following scenes show her on a building stoop with her friends, at the jewelry store, and posing at a photoshoot. Not too long after that, she and Dram are having a good time at a rooftop party.

Amber Mark’s mother was a Tibetan Buddhist painter of German descent. She had a passion for traveling and took her daughter from city to city while instilling in her a chase-your-dream mentality. After her passing, Amber took her mother’s advice and pursued a career in music.

Since then, she has released “3:33am” EP in 2017, “Conexão” in 2018, and several remixes. The success of those projects prompted Vevo to add her to their DSVR Artist to Watch campaign.

Check out Amber Mark’s other Vevo DSCVR performance for her “Way Back” single.

We recommend adding Amber Mark’s “Put You On” single to your personal playlist. Also, let us know how you feel about it in the comment section below.