What So Not releases a dazzling dance single, entitled, “Mercy (2022 Edit),” featuring MØ

What So Not (a.k.a. Chris Emerson) is a producer from Australia. Not too long ago, he released a dazzling dance single, entitled, “Mercy (2022 Edit),” featuring Danish superstar, MØ.

“‘Mercy’ began on my first-ever trip to Nicaragua (which is almost where I bought my first house). I was backpacking through Central America and met JRM, James Flannigan; Georgia Ku, at this writing camp (JRM, of course, is also on ‘On Air’ with Louis The Child and Captain Cuts). MØ heard the record in its early form and cut a beautiful stripped-back ballad version with Two Feet for her album, “Forever Neverland.” This hyper-amped What So Not-style edit has been such a climatic moment for my DJ sets, I’m ecstatic to have MØ on this album and have this out in the world. It’s a song where I really had time to step away from it, rethink it, and flex with all walks of analog and hardware.” – What So Not explained

Coated with grooves and trademark What So Not shimmer, “Mercy (2022 Edit)” bubbles with infectious melodics, euphoric instrumentation, and increasingly stomping beats as it builds towards a torrid drop. Furthermore, the song is featured on What So Not’s sophomore album, entitled, “Anomaly.” With plenty of exotic charm and scintillating production, the journey for “Mercy (2022 Edit)” to find its way onto “Anomaly” itself stems back to a fortuitous trip to Central America, some experimentation, and a touch of sonic cross-pollination. 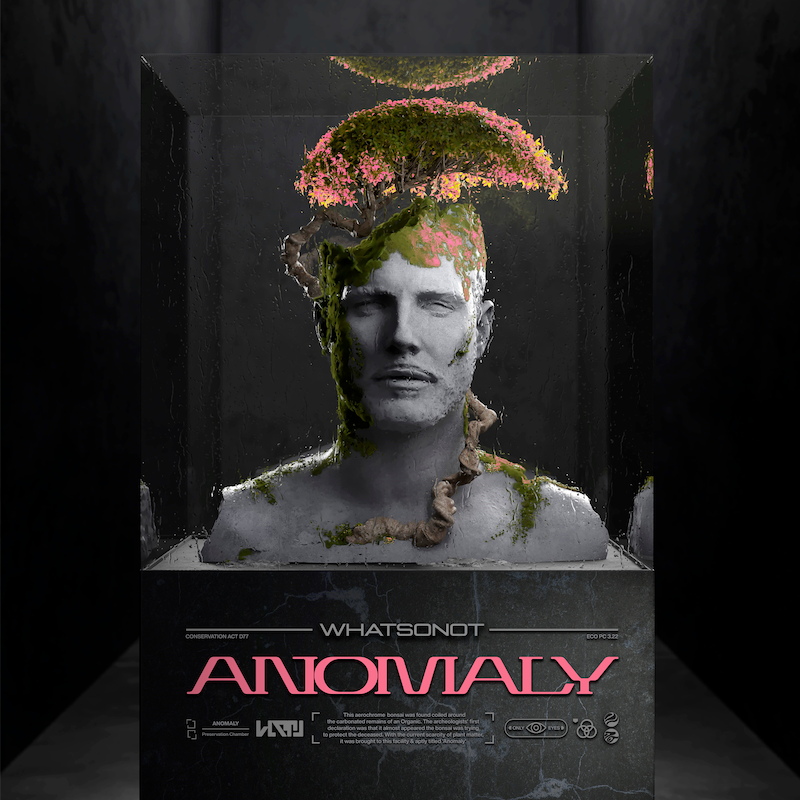 “I think this album is the furthest I’ve ever progressed in my music. It’s the strongest, the most thought out, the most evolved version of any music that I’ve worked on over the years. And I’m so excited for people to hear it in full. I’m so grateful for the amount of time that I was given to work on it during this off-cycle, which is not something I’ve experienced before. The silver linings of the world shutting down over the past few years have allowed me to refine and hone in on this album like I’ve never been able to in the past. For me, this is my best work.” – What So Not explained

Anomaly: something that deviates from what is standard, normal, and expected. The name is the perfect encapsulation of everything that What So Not has crafted on “Anomaly.” Fusing together a glimmering pastiche of electronica, hip-hop, house, and experimental fare, the album is the culmination of a huge 2022 for What So Not. Also, the project is ready to unforgettably dazzle with its sweltering anthems and gripping exuberance.

“The album is actually the score of a 3D animated film I’ve been developing for the last three years. There’s been a taste of it through the DMA’s clip, the EVAN GIIA clip, and some of the visualizers too. I’ve been building an entire universe and I’m excited to have people quite literally be able to step into that in the not-too-distant future. I’m creating a show that I’m not sure anyone has really done yet. That will start to come to fruition probably within the next six months.” – What So Not explained

‘Anomaly’ boasts oscillating dancefloor fillers, emphatic instrumentation, and a What So Not sound you’ve never heard before. Also, the album showcases his staggering progression since releasing his debut album, “Not All The Beautiful Things,” back in 2018. Compiling his personal experiences traveling the world and recording, a lack of time constraints, and the most passionate iteration to date in the What So Not story, “Anomaly” is equally the ultimate house party soundtrack as much as it’s also What So Not cementing his status as a global electronic dance phenomenon. While the lead-up to the ultimate release of “Anomaly” was itself a departure from usual proceedings with a global pandemic in its wake, there were many positives to be found in unlikely places.

‘Anomaly’ explores new sonic horizons, seen most recently on the buoyant track, “On Air,” featuring Louis The Child, Captain Cuts, and JRM. The project dives headfirst into nostalgic electronica alongside DMA’s on “The Change” and neon futurism with guest AY AY on the title track, Anomaly. Also, the album consists of sparse and deliciously moody melancholia featuring Body Ocean and Lucy Lucy on “Bad Piano,” and criminally smooth and sultry production via the Gorillaz-esque “Mr Regular,” featuring Oliver Tree and Killer Mike.

The album also features Phi11a, Zoid Land, Tek Genesis, EVAN GIIA, Enschway, Herizen, and even vocals courtesy of What So Not, who appears on the album’s opening track, “Alive.” There is an unmistakable cornucopia of clever soundscapes, glistening delivery, and fresh originality at every twist and turn throughout “Anomaly.” And it’s ultimately towards the end of the 11-piece epic that a significant jewel in the “Anomaly” crown lies in wait.

What So Not – “Alive” (Official Audio)

A journey over a decade in the making, What So Not has spent his tenure under the What So Not moniker forging his fresh take on electronic music into new and staggering stratospheres. Already in command of over 57 million streams worldwide for his debut album, What So Not has previously scooped up an AIR Award for Best Independent Dance, Electronica or Club Single, appeared as triple j’s Feature Album, and hit #8 on the Billboard Top Dance/Electronic albums. Also, he has remixed and worked alongside Run The Jewels, Skrillex, Toto, Jagwar Ma, RÜFÜS DU SOL, Winona Oak, Daniel Johns, Slumberjack, Major Lazer, Peking Duk, Tkay Maidza, and countless others.

What So Not’s sharp melodic know-how coupled with his knack for thunderous percussion, hypnotic textures, and supercharged riffs results in assorted modern, nostalgic, and catchy delights that have also seen him in demand live onstage, including appearances at Coachella, Lollapalooza, and Ultra Music Festival.

“I think that ‘Anomaly’ has the strongest songs that I’ve ever created. This album is a new lease on life for me. It is confident, it is passionate, and it is highly energetic. On my last album, I was in a very sad place, and that was me processing and dealing with that. Whereas with ‘Anomaly,’ I’m coming at it ferociously excited about life and about dance music, and the amazing cultures that I’ve been invited into around the world. And on this one, I got to work with friends and be inspired by the things around me to create these sounds and ideas that you hear on this record.” – What So Not explained

With the long-awaited release of “Anomaly,” the future of electronic and Australian music looks vivaciously bright, with What So Not delivering a knockout opus. Meticulously curated and designed to ignite the senses, the soul, and every pair of dancing shoes on the planet, “Anomaly” vigorously declares a lust for life entirely impossible to resist.

We recommend adding songs from What So Not’s “Anomaly” album to your favorite dance playlist. Also, let us know how you feel in the comment section below. Mel Blanc’s famous catchphrase, That’s All Folks! Thanks for reading another great article on Bong Mines Entertainment – the hot spot for new music. Always remember that (P) Positive, (E) Energy, (A) Always, (C) Creates, (E) Elevation (P.E.A.C.E). Contact us on social media via Twitter, YouTube, Instagram, or Facebook, and let us know what’s going on. Disclaimer: This post, contains affiliate links, and we may be compensated if you make a purchase through links on our website.