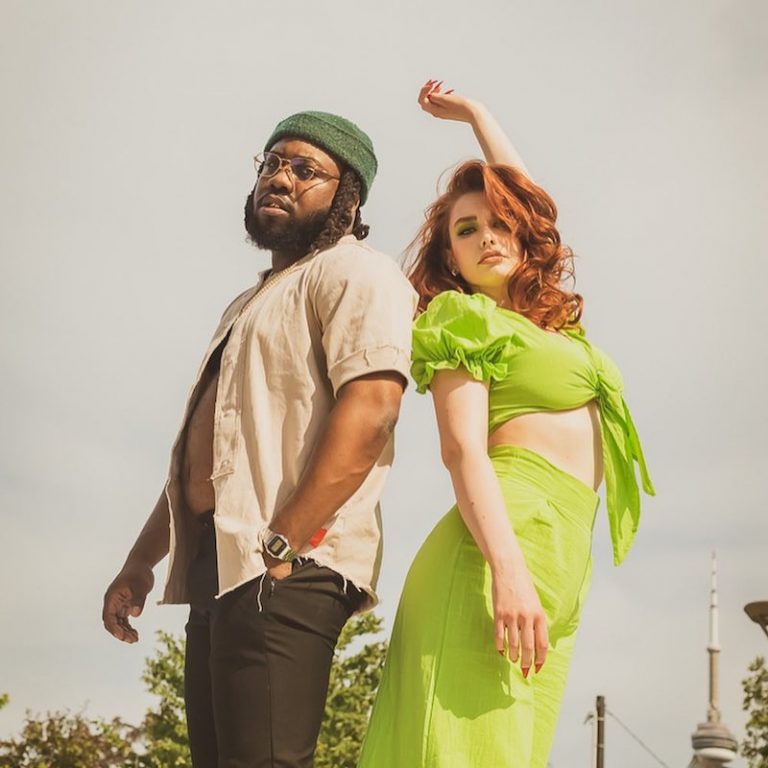 Tyra Jutai is a talented singer-songwriter and producer from Toronto, Canada. Not too long ago, she released a lovely urban-R&B tune, entitled, “Rebound,” featuring City Fidelia.

‘Rebound’ tells a heartfelt tale about a young woman who experiences the rebound period after her relationship ended with her significant other. Now, all she desires is a distraction to get over her heartbreak. What she thinks she needs is something lustful (ex., alcohol, drugs, sex, etc.) or someone who can make the memory of her ex-boyfriend disappear. Later, she finds someone new (her fix) who attempts to cure her temporary loneliness.

“Help me to get over him while I get under you.”

“Some relationship breakups are painful to get over and the only way you can is to indulge yourself in distractions. Writing the song, I wanted to use a lot of language about the lounge life of listening to music at home. Music can help heal heartache and can distract you from the funk you’re feeling. It’s actually the best drug for that – better than sex, drinking, or drugs.” — Tyra Jutai explained

Tyra Jutai is the rare modern artist capable of bypassing the conscious mind and making herself at home in her listener’s imagination. Equal parts sophisticated crooner, avant-garde provocateur, and femme fatale, Jutai creates a compelling sound that is as personal as it is universal.

“I could hit the bottle or maybe something stronger. Lately, you’re the fix, nothing hits me harder. Find a cure for loneliness, add it to the queue. Douse my moans in mellow tones curated by you. What I need’s a non-stop rush, a soundtrack while you serve me your stuff.” – lyrics

We recommend adding Tyra Jutai’s “Rebound” single to your favorite urban playlist. Also, let us know how you feel in the comment section below. Mel Blanc’s famous catchphrase, “That’s All Folks!” Thanks for reading another great article on Bong Mines Entertainment. And always remember that (P) Positive, (E) Energy, (A) Always, (C) Creates, (E) Elevation (P.E.A.C.E).