Topic and HRVY release a spectacular year-ending dance single, entitled, “All Or Nothing”

Topic is a superstar DJ and hotly in-demand producer from Germany. HRVY is a multi-talented creator/personality turned globally renowned vocalist from the United Kingdom. Not too long ago, the two emerging stars find ultimate sonic synergy with their new year-ending dance single, titled, “All Or Nothing,” via Virgin Records.

Topic & HRVY – “All Or Nothing” lyric video

Fans of Topic will know that the German producer can simply do no wrong, and his new single further proves that point. “All Or Nothing” follows in the footsteps of recent Topic’s head-turning tracks like “Kernkraft 400 (A Better Day),” “Follow Me (with John Martin),” and his remix of Lewis Thompson and David Guetta‘s “Take Me Back.” Furthermore, “All Or Nothing” walks a thin line between a future festival anthem and a radio-ready hit.

The song also leans on Topic’s piercing melodies and HRVY’s embracing chorus to carry fans into the new year on a wave of musical bliss. “All Or Nothing” checks all of the boxes for Topic’s signature emotive and melancholic dance sound. Between Topic’s slew of 2022 hits and his debut in this year’s DJMag’s Top 100 at #69, it’s clear that the German producer only continues to hone his craft moving forward. 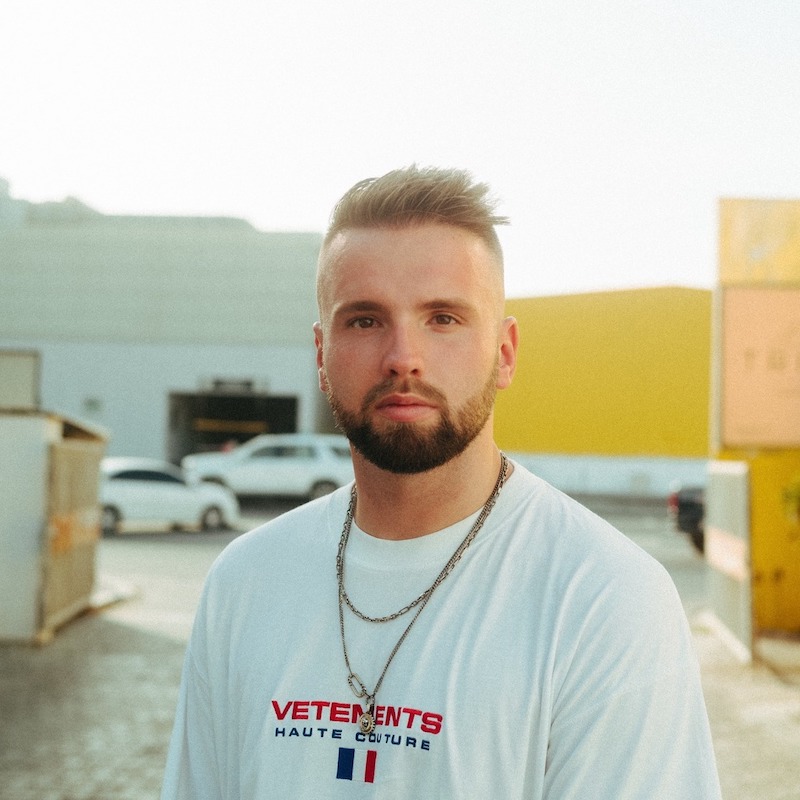 “‘All Or Nothing’ is about the thoughts of doubt you can have in your mind in various types of situations in life. It’s intended to motivate you to not give these thoughts any power and quite to literally go all or nothing! The drop in the song resembles the relief you feel when you’re brave enough to overcome your doubts. I am very happy that HRVY joined me on this song, because I feel his vocals and personality transport the message very well.” – Topic explained

Topic has made a global impact with his worldwide hits and own emotional yet exhilarating dance sound. His numbers speak for themselves and are eye-popping by anyone’s standards. Topic, with German-Croatian roots, has amassed over one billion streams in 2021 alone. He has achieved gold, double diamond, triple, quadruple, and even decuple platinum certifications in 28 countries around the world. Also, he holds a steady spot in the Top 10 of Spotify’s Global Top 200. 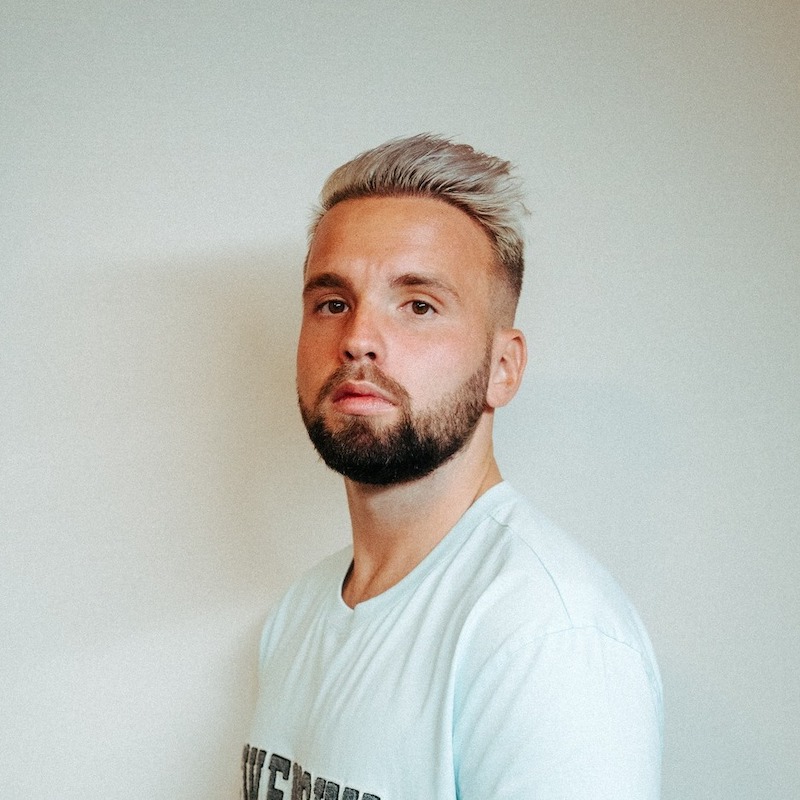 The collaborative tracks Topic produces have achieved huge commercial success. He has landed in the Top 5 on the UK Official Singles Chart and the Billboard Hot 100 while scoring number ones on the Mediabase U.S. dance radio, iTunes, the Global Top 200 Shazam, and Spotify charts. Also, he’s won high-profile awards and nominations including the MTV Europe Music Awards in 2016, the Teen Choice Awards in 2018, Best Dance Act at the Los 40 2020 Music Awards, the Billboard Music Awards 2021, The 2022 Brit Awards for International Song Of The Year, and many more.

The cherry on top, all his achievements came full circle this year with a strong entry in the DJ Mag top 100, ranking at #69. Topic truly seems to have found the recipe for his success, motivated by the unknown magic of his next collaborations, sharing his music with his fans, playing for live crowds, and connecting on an emotional level through music. You can be sure that Topic’s signature sounds will always enrich and uplift in uniquely wistful ways.

“I couldn’t be more excited for this record to come out, I think Topic is an awesome artist. I love his production on the record, and I’m honored to jump on a song with him.” – HRVY commented

HRVY has officially set his sights on climbing the ranks of the industry, as seen by his 2022 EP, “Views from the 23rd Floor.” HRVY is quickly defining himself as an emerging talent to watch. The new single follows in the footsteps of “Save Me,” HRVY’s recent joint effort with Dim Mak head honcho, Steve Aoki, which hit #1 on US Dance Radio. Now linking with Topic for the evocative “All Or Nothing,” HRVY is once again upping the ante on his musical career.

At just 23 years old, HRVY is one of the UK’s finest pop talents. So far, he has fostered an incredibly mighty online following spanning the globe, accumulated a billion Spotify streams, and a string of sold-out headline shows in North America, Asia, and Australia.

HRVY – “Talking To The Stars” visualizer

HRVY smashed open this year with the hazy electro-pop banger, “Talking To The Stars,” shortly followed by the superb “Golden Hour.” The EP saw HRVY step into a more mature sound and a new track, “I Wish I Could Hate You,” continues HRVY’s impressive trajectory.

Earlier this year, HRVY collaborated with Steve Aoki on their summer dance anthem, “Save Me.” Already making waves, the song hit Number 1 on US dance radio and followed HRVY’s EP, “Views From The 23rd Floor,” which has accumulated over 50 Million streams to date.

Topic & HRVY – “All Or Nothing” single 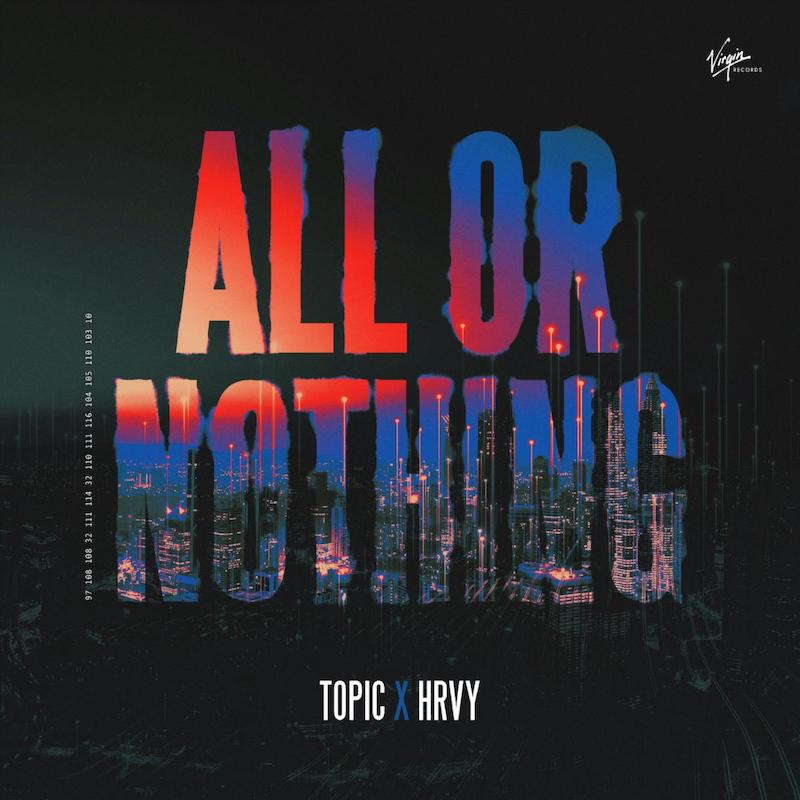 We recommend adding Topic’s and HRVY’s “All Or Nothing” single to your favorite dance playlist. Also, let us know how you feel in the comment section below. Mel Blanc’s famous catchphrase, That’s All Folks! Thanks for reading another great article on Bong Mines Entertainment – the hot spot for new music and entertainment news. Always remember that (P) Positive, (E) Energy, (A) Always, (C) Creates, (E) Elevation (P.E.A.C.E). Contact us on social media via Twitter, YouTube, Instagram, or Facebook, and let us know what’s going on. Disclaimer: This post contains affiliate links. If you make a purchase after clicking a link, we’ll collect a share of sales or other compensation.