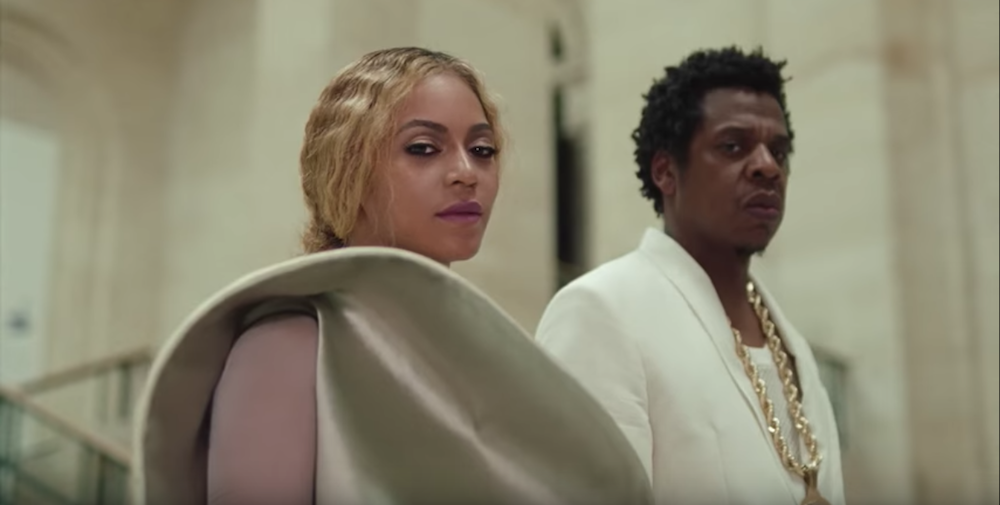 The Carters (Jay-Z & Beyoncé) is a musical power couple. Not too long ago, they released an artsy music video for “APES**T”, a hip-hop/R&B single from their “EVERYTHING IS LOVE” project.

“Motorcade when we came through. Presidential with the planes too. One better get you with the residential. Undefeated with the cane too. I said no to the Super Bowl: you need me, I don’t need you. Every night we in the Endzone, tell the NFL we in stadiums too. Last night was a f*ckin’ zoo. Stage divin’ in a pool of people. Ran through Liverpool like a fuckin’ Beatle. Smoke gorilla glue like it’s f*ckin’ legal. Tell the Grammy’s f*ck that 0 for 8 sh*t. Have you ever seen the crowd goin’ apesh*t?” – Jay-Z

The artsy video was filmed in the Louvre Museum in Paris. It begins with a dreaded angel crouched in front of the art building. Inside of it, glimpses of classic arts are shown. 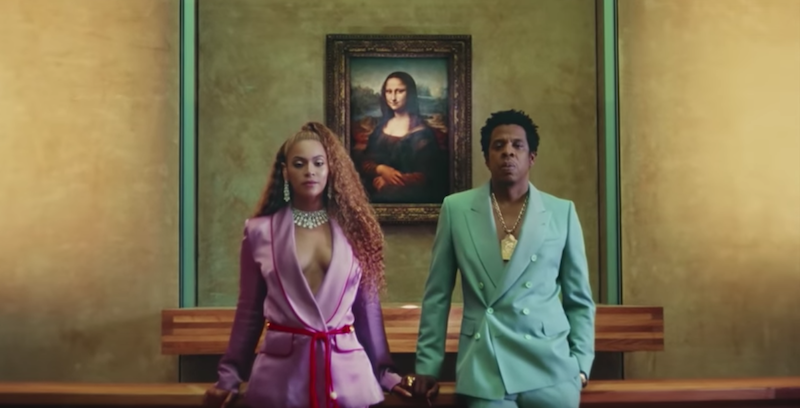 The Carters are standing in front of the Mona Lisa painting. Beyoncé is wearing a pink and red outfit with sparkling accessories. Also, Jay-Z is dressed in a green suit with no shirt, only a hanging gold chain with a medallion covers his chest.

The next scene shows them dressed in marvelous white outfits. Also, they are standing at the top of an elaborate set of steps, holding hands.

Lying below them are several females in gymnast poses. When the beat drops, they are animated, and more artworks are shown. 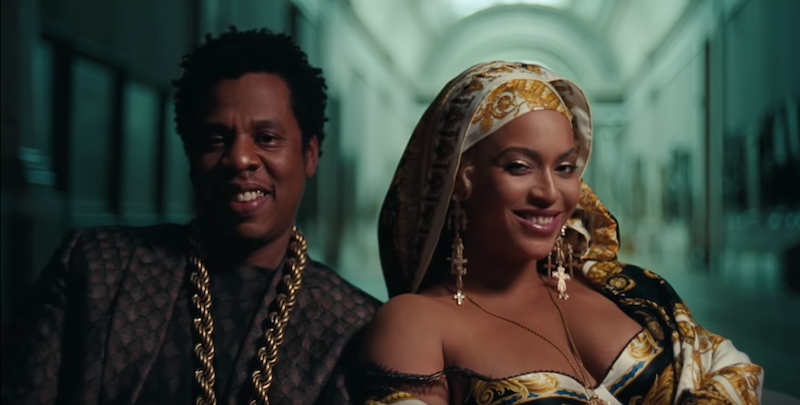 Beyoncé sings, “I can’t believe we made it,” while dressed in a modern-day Queen Nefertiti garb. It’s clear she’s talking about wealth, building equity, and fortune not fame.

Check out The Carters’ 9-track “EVERYTHING IS LOVE” project via Tidal.

The Carters – “EVERYTHING IS LOVE”