Teenear is a rising singer-songwriter based in Miami, Florida, by way of Jamaica. Not too long ago, she released an appealing music video for her “Ain’t Mine” single. The song tells an intriguing tale about a desirable young woman who captures the attention of an affluent young man.

The audiovisual is an installment in a four-part video series — but even if this is your introduction to Teenear, you’ll know exactly what’s going on. We find the artist at a roadside convenience store, dressed to astound passersby with oversized square shades, gold jewelry, and a very revealing top. It’s not tough to see why a man might be interested in her, even one who is off the market.

Teenear draws the attention of a wealthy playboy with a Jaguar and a will to entertain her; before long, they’re out under sunny skies together, where she’s the recipient of flowers, and he’s the target of her suspicions. But why is Teenear explaining all of this to an investigator? You’ll just have to wait until the next segment to find out.

If your boyfriend’s jaw drops when he sees Teenear, that’s not her fault. Sure, she looks nice, but she can’t be blamed for that, either. If he hits on her and tries to get her Instagram handle — well, it’s not like she’s reciprocating, is she? She’s way too smart for that. She can tell when a man is attached, and though she might have sympathy for a guy who just can’t help himself, she’s not the sort of person with time to waste.

That’s because she’s got records to make: sleek, gorgeous, radiant modern R&B records, impeccably sung and sharply produced, and invigorated by her lively storytelling. Teenear might be young, but she’s wise, and although she can be sweet when she wants to be, she’s never shy about telling it exactly like it is. On “Ain’t Mine,” she gives a man with a roving eye a gentle but firm dressing-down and extends that castigation to his jealous girlfriend. “I’m not a thief — keep your man out of my messages,” she tells her, in a voice simultaneously honeyed and tough. In two and a half radiant minutes, a portrait of a young woman emerges. One who is fiercely independent, self-possessed, sexy, and hard to fool.

Teenear matched her story of licentiousness and temptation to a truly irresistible track: one filled with skittering trap drums and synthesizer arpeggios that patter like rainfall on a roof. It’s the perfect sonic setting for Teenear’s storytelling, and she makes the most of it, delivering each of her lines with the stinging finality of a breakup text message.

‘Ain’t Mine’ builds on the success of “Special Attention” and “Come See Me,” and refines and extends the character she developed in those songs. Think of it as another chapter in an open book — one written by an outspoken young woman with a way with words and a knack for catchy melody. Her videos, too, are a continuing story. 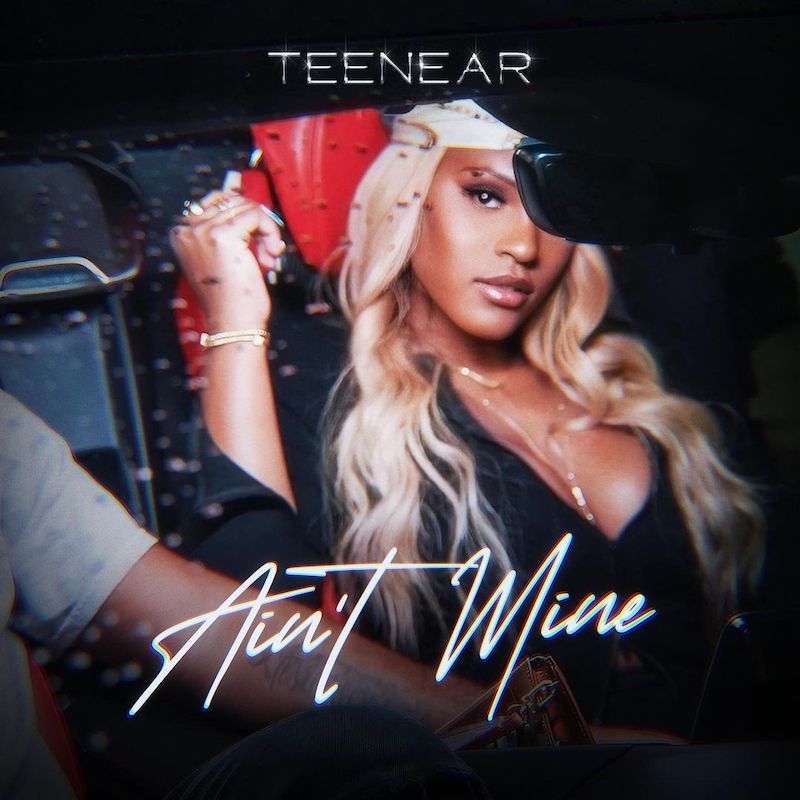 ‘Ain’t Mine’ contains a relatable narrative and ear-pleasing vocals that will resonate well with fans of Olivia, Mysty, and Anjali Asha. The likable tune possesses thudding drum-laden instrumentation flavored with a contemporary R&B vibration. Furthermore, “Ain’t Mine” serves as a tasty appetizer to what listeners can expect to hear from Teenear in the near future as she continues to release new and exciting music.

We recommend adding Teenear’s “Ain’t Mine” single to your favorite contemporary R&B playlist. Also, let us know your feelings in the comment section below. Mel Blanc’s famous catchphrase, “That’s All Folks!” Thanks for reading another great article on Bong Mines Entertainment – the hot spot for new music. Always remember that (P) Positive, (E) Energy, (A) Always, (C) Creates, (E) Elevation (P.E.A.C.E). Contact us on social media via Twitter, YouTube, Instagram, or Facebook, and let us know what’s going on. “Disclaimer: This post contains Apple TV and Apple Music affiliate links. When you buy through links on our site, we may earn an affiliate commission.