Anjali Asha is an up-and-coming Indo-Fijian/Mexican-American singer-songwriter based in the Bay Area, California. Not too long ago, she released a spectacular urban R&B tune, entitled, “Doomsday.”

‘Doomsday’ contains a relatable narrative and ear-pleasing vocals that will resonate well with fans of Kehlani and Sinead Harnett. The likable tune possesses melodic instrumentation flavored with an urban R&B vibration. Furthermore, “Doomsday” is the final installment and the title track of Anjali Asha’s new EP, which digs deep into the darker parts of her mind. The six-track project conveys an overall message of perseverance and overcoming obstacles. Also, “Doomsday” displays Asha’s shortcomings, her confessions, and confident sarcasm. 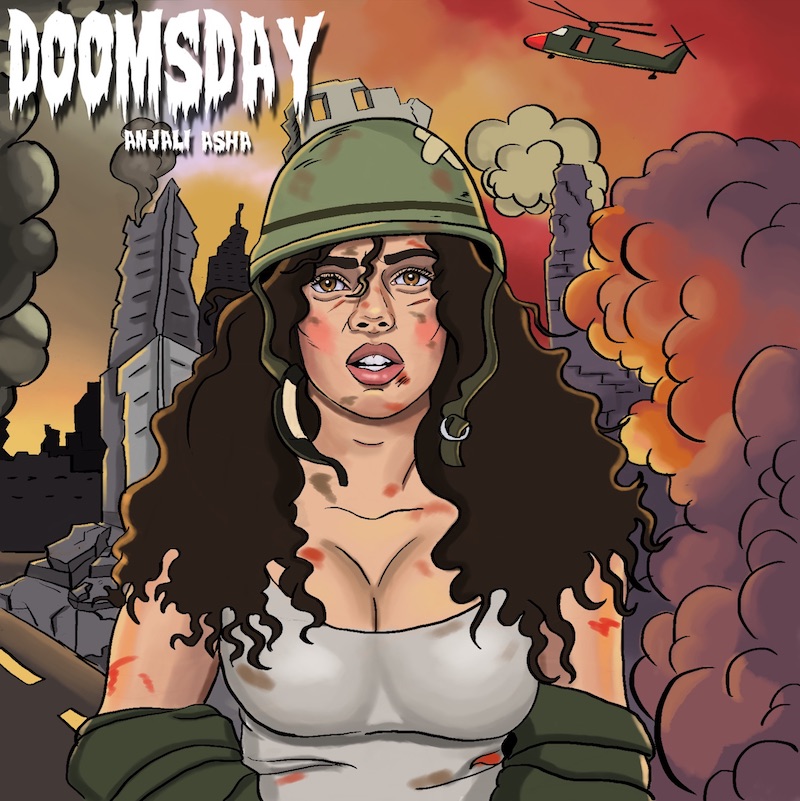 “I let myself unravel a little. I needed to show people their lowest moment doesn’t define them, but their reaction to it does. ‘Doomsday’ is about being so consumed in fear that it feels the world is going to end. Anyone can find some sort of solace in ‘Doomsday.’” – Anjali Asha explained

Every song on “Doomsday” deals with a different demon Anjali has faced – and most of us have too. From the haunting melodies of “War,” to the loss and hope in “Vitals,” Anjali dives into topics of anxiety, depression, addiction, bad friends, purpose, and more. True to her “Chingona” mentality, she brings her ideology full circle and tops the project off with “Purple Heart,” a song that regards anyone who’s been through any of these traumatic experiences as a wounded soldier deserving of recognition and acknowledgment.

Despite the harsh topics in “Doomsday,” Asha continues to find that her glass is always half full. She wants listeners to find that same strength in themselves when they listen to her new project.

“Dad, if Kanye could do it, I got this,” mumbled Anjali Asha as she lay motionless in the ER while slowly drifting in and out of consciousness. Apparently, Anjali recently survived a car accident involving a drunk driver. Her face was crushed in and separated from her skull. She suffered a LeFort II fracture, torn upper lip, lacerated forehead, permanent nerve damage, and was unable to breathe properly. Her upper jaw, nose, and cheekbones were broken, and she was told she may never sing again.

But Anjali took her recovery to the chin and was resolved to prove them wrong. She battled through multiple surgeries, had her jaw wired shut, and lived on a liquid diet for over four months. Also, she struggled with Percocet addiction, which she eventually forced herself off of. Dealing with severe migraines, nerve pain, and going through withdrawal, Anjali could only find relief in writing. 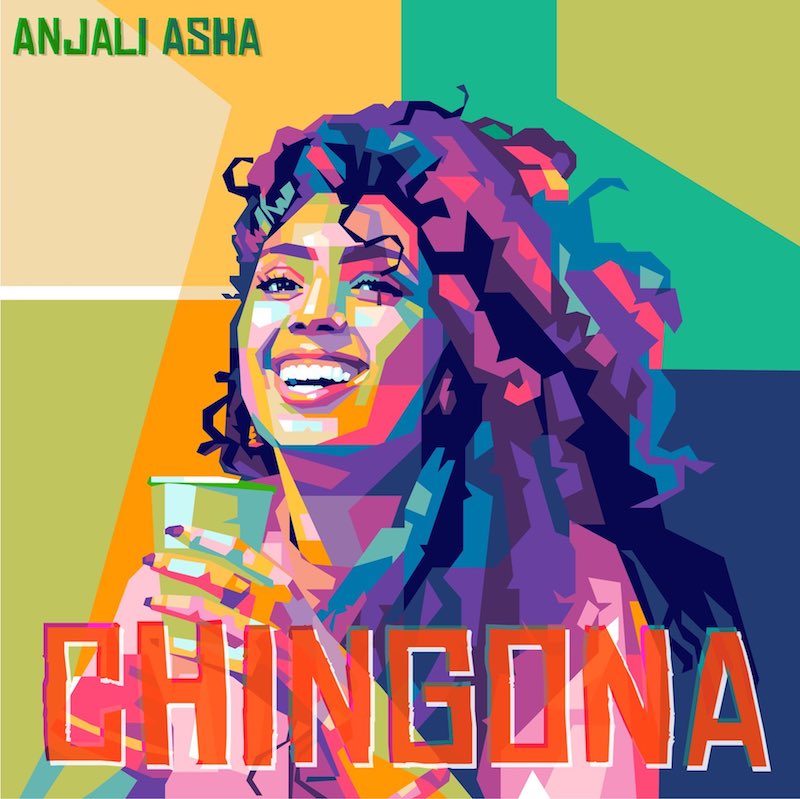 Just nine months after the accident, Anjali released her 2019 debut album, entitled, “CHINGONA,” translation: bad a** woman. Once just a cheeky nickname from her mom for being a daring and outspoken kid, it was now clear to Anjali and everyone around her that she truly embodied the pet name. In the aftermath of tragedy and adversity, “Chingona” had stuck.

CHINGONA is full of powerful, positive lyricism, and embodies feel-good pop. Just as things began to turn around for Anjali though, California entered an emergency lockdown. A thick, gray fog hung over America. Police tensions and riots sky-rocketed. Natural disasters riddled the country and for California – where Anjali lived – the world was literally on fire in every direction.

“San Francisco was still and silent. Oakland was empty. It was eerie. Like living an apocalypse movie in real-time,” says Anjali, describing her battle to maintain hope. “I kept looking for the bright side and they were all so dim.” But Anjali is a master at turning a situation inside out and into something great. The events of 2020 became the brooding lyrics that make up her “Doomsday” EP. 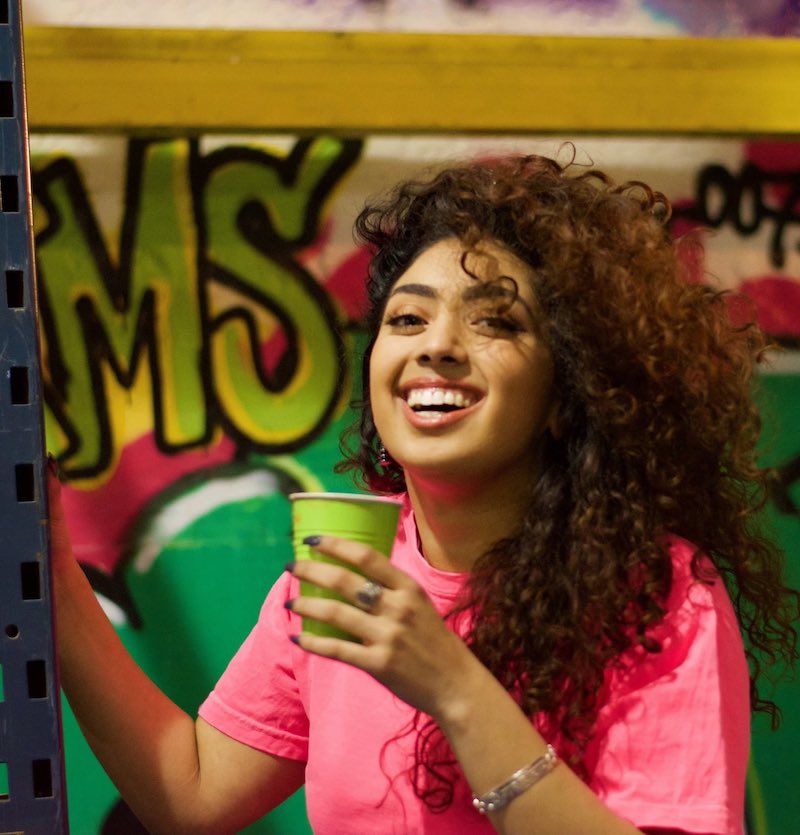 We recommend adding Anjali Asha’s “Doomsday” single to your favorite contemporary R&B playlist. Also, let us know how you feel about it in the comment section below. Mel Blanc’s famous catchphrase, “That’s All Folks!” Thanks for reading another great article on Bong Mines Entertainment – the hot spot for new music. Always remember that (P) Positive, (E) Energy, (A) Always, (C) Creates, (E) Elevation (P.E.A.C.E). Contact us on social media via Twitter, YouTube, Instagram, or Facebook, and let us know what’s going on. “Disclaimer: This post contains Apple TV and Apple Music affiliate links. When you buy through links on our site, we may earn an affiliate commission.