Stephen Sanchez is a fastest-rising singer-songwriter based in Nashville, TN. Not too long ago, he released a lyric video for his “See The Light” single via Mercury Records/Republic Records.

“She was gone before the morning came down the fire escape. She ran wild, ran wild in my heart a burning flame. I thought it couldn’t change her mind and mine, love was such a scary thing. You didn’t wanna fall, I didn’t want you at all. Now I’m waiting by a cold window until the sun has gone.” – lyrics

‘See The Light’ contains swooning vocals and acoustic guitar-laden instrumentation. The likable tune finds Stephen Sanchez passionately singing, “Hold me up until you see the darkness that I couldn’t find lying by your side.” A gorgeous hook takes flight above handclaps highlighted by a powerful crescendo with timeless grace and palpable energy. Furthermore, “See The Light” is featured on Sanchez’s highly anticipated new EP, entitled, “Easy on My Eyes,” featuring the standout single, “Until I Found You.” 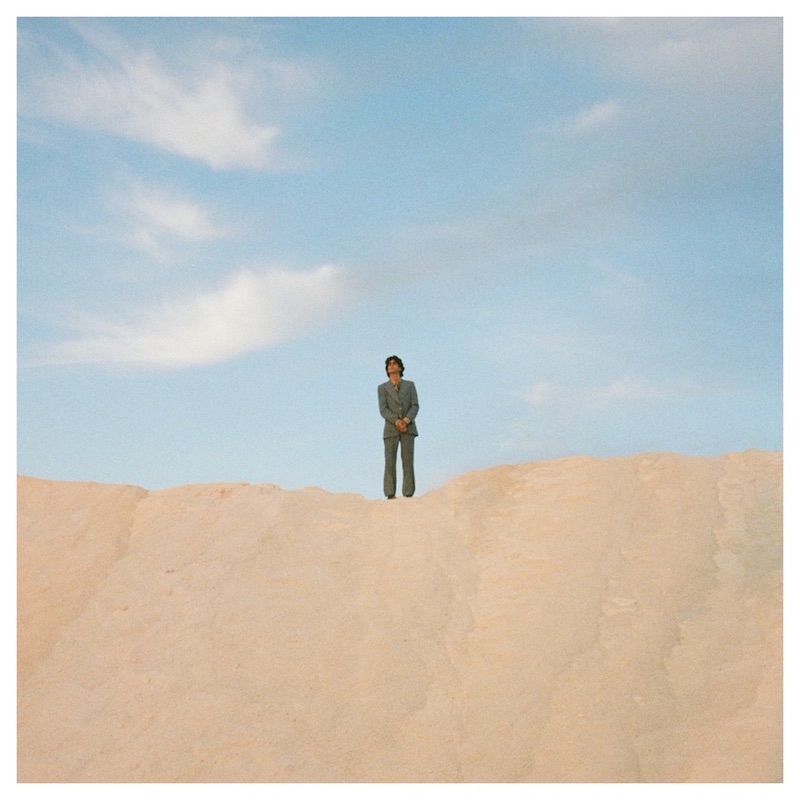 “Love is a scary thing. On the EP, the themes are cohesive. Giving attention to the sides of those afraid to fall in love, those learning to trust in love, and those reflecting on what could’ve been done to change the ending. Love is human and as humans, we’ll never be perfect, even though it’s something we all strive for. For me, all of the pain humanizes love. There’s a balance in the music because of that.” – Stephen Sanchez explained

The seven-track project finds Stephen Sanchez recounting an unbelievable year since his emergence. He wrote nearly all of the songs on the EP himself and teamed up with Jamie Hartman [James Bay, Lewis Capaldi] and Jon Green [Lady A, Little Big Town] on “Hey Girl.” Then he worked with producers, Ian Fitchuk [Kacey Musgraves, James Bay] and Konrad Snyder [Madi Diaz, Rainbow Kitten Surprise] in Nashville to bring the EP to life in one-take performances. The project illuminates his talent both as a vocalist and a songwriter.

Stirring up excitement for the project’s arrival, Stephen continued to reach new career highs throughout the summer.

Stephen Sanchez – “Until I Found You” music video

Stephen’s “Until I Found You” single amassed nearly 640 million global streams to date across all platforms. Also, the single is RIAA Certified Gold, just hit #5 at AAA Radio this week, and continues to climb up the Billboard Hot 100 Chart. Recently, Stephen shared the 1950’s-inspired music video, which collected over 20 million views since its release.

Stephen Sanchez performs “Until I Found You” LIVE

Stephen delivered show-stopping performances of “Until I Found You” on The Late Show with Stephen Colbert and Late Night with Seth Meyers. Also, he has sold-out headline shows in New York, Los Angeles, Washington, DC, and Nashville.

Next up, Stephen will hit the road with Vermont singer/songwriter, Noah Kahan, on his “Stick Season” North American Tour. The tour kicks off on October 12th in Charleston, SC, and runs through the end of November.

We recommend adding Stephen Sanchez’s “See The Light” single to your favorite indie-pop playlist. Also, let us know how you feel in the comment section below. Mel Blanc’s famous catchphrase, That’s All Folks! Thanks for reading another great article on Bong Mines Entertainment – the hot spot for new music. Always remember that (P) Positive, (E) Energy, (A) Always, (C) Creates, (E) Elevation (P.E.A.C.E). Contact us on social media via Twitter, YouTube, Instagram, or Facebook, and let us know what’s going on. Disclaimer: This post, contains affiliate links, and we may be compensated if you make a purchase through links on our website.