Scott the Pisces is a producer and songwriter from London, England. BINX is an LA-based singer-songwriter and model from South Africa. Not too long ago, they released a wonderful pop tune, entitled, “Summer ’22,” the second musical collaboration between BINX and Scott, who produced BINX’s “Sea Salt” single. The accompanying lyric video was heavily inspired by the polaroid style that Kanye West debuted with his single, “Through the Wire.”

“I was watching the Jeen-Yuhs documentary and saw how Chike had animated the TTW video, it inspired me to attempt something similar for my own release. Not having enough money to pay someone to do it, I taught myself how to use Final Cut Pro from scratch.” – Scott the Pisces explained

‘Summer ‘22’ harnesses the euphoria of what we’ve all wanted this summer to be. A sense of joy, wonder, and freedom in the world has been stripped from the last few years following the pandemic. The road-trip-friendly tune possesses electric guitar and swirling synth-laden instrumentation flavored with electro-pop and commercial dance elements. Furthermore, “Summer ‘22” is Scott the Pisces’s second official single following his debut EP, entitled, “Ocean Blue.”

Scott the Pisces has been the architect behind all of the “Summer ‘22” promotional material for the release, including the lyric video, artwork, social media content, and more. Also, the song is the work of two independent artists attempting to create this year’s summer anthem. Themes of nostalgia are blended with the yearning that comes from the fear of missing out. “Summer ‘22” will surely inspire others to make the most of this summer. 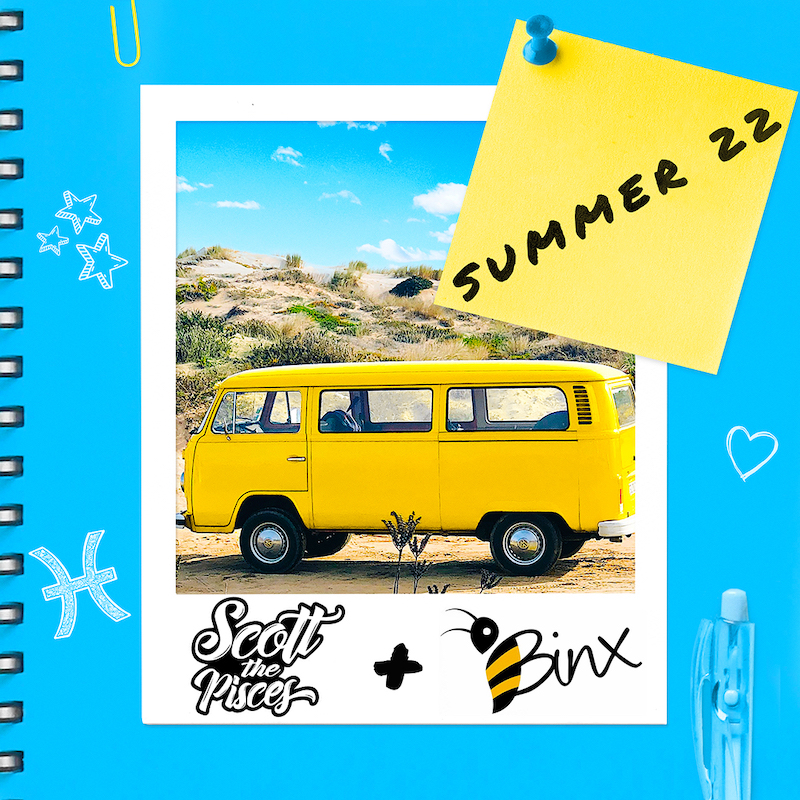 We recommend adding Scott the Pisces’s and BINX’s “Summer ’22” single to your favorite electro-pop playlist. Also, let us know how you feel about it in the comment section below. Mel Blanc’s famous catchphrase, “That’s All Folks!” Thanks for reading another great article on Bong Mines Entertainment – the hot spot for new music. Always remember that (P) Positive, (E) Energy, (A) Always, (C) Creates, (E) Elevation (P.E.A.C.E). Contact us on social media via Twitter, YouTube, Instagram, or Facebook, and let us know what’s going on. “Disclaimer: This post contains Apple TV and Apple Music affiliate links. When you buy through links on our site, we may earn an affiliate commission.