“These songs feel like my Great American Songbook, because of the songwriting and the impact that they had on me through their stories, musically, and the artists that originally recorded them. I was looking at these songs and how they could be conversations between two people. I liked that the lyrics could be coming from two points of view, even if they were mostly written for one person to sing—I liked exploring the possible conversation in each story.” – Rita Wilson explained

‘Rita Wilson Now & Forever: Duets’ sees Wilson exploring her gift as an interpretive singer, as she revisits the songs that made her fall in love with music. Rather than just record a conventional covers record, Wilson has created something far more impressive—a collection of timeless songs newly arranged as duets showcasing her crystalline vocals alongside some of the greatest male singers of our time. 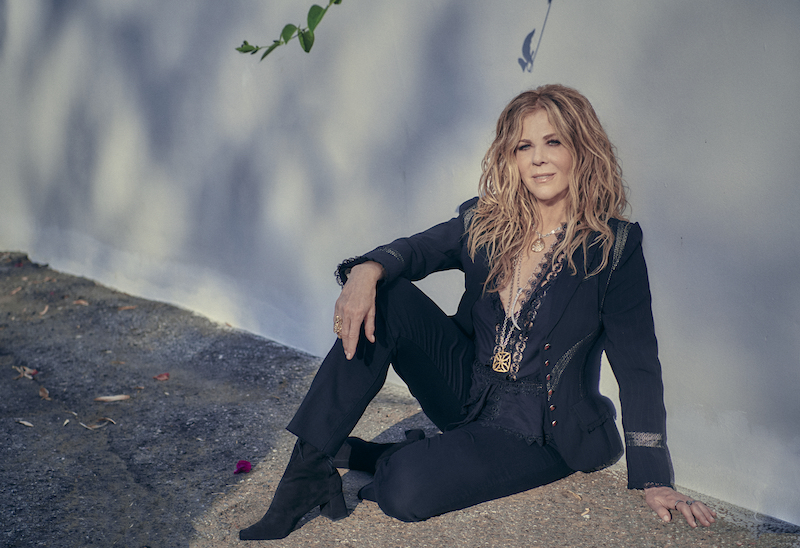 ‘Rita Wilson Now & Forever: Duets’ displays the narrative power and meticulous craft these compositions possess, capturing their timelessness while she and her partners also make them sound so fresh decades after they were written. Also, the project further demonstrates Wilson’s authentic and impassioned artistry, which she has fully immersed herself in since the release of her first of five studio albums in 2012.

Rita Wilson & Jackson Browne – “Let It Be Me” video

Highlights on the album are aplenty. Willie Nelson joins for a moving turn on Paul Simon’s “Slip Slidin’ Away.” Smokey Robinson gives an impassioned rendition of Roberta Flack and Donny Hathaway’s “Where is the Love.” Elvis Costello contributes a blistering vocal on Bruce Springsteen’s “Fire,” popularized by the Pointer Sisters. Leslie Odom Jr delivers a majestic performance on the Bee Gees “Massachusetts.” Keith Urban does a stirring turn on Van Morrison’s “Crazy Love.” Tim McGraw produces chills on Bread’s “If.” Jimmie Allen takes a nostalgic turn on the Jackson 5’s “I’ll Be There.” Vince Gill is a knockout on Badfinger’s “Without You,” also covered by Harry Nilsson. And Jackson Browne knocks it out of the park on The Everly Brothers classic, “Let It Be Me.”

To celebrate the release of “Rita Wilson Now & Forever: Duets,” Wilson will make her triumphant return to New York City’s famed Café Carlyle this Fall for a special, two-week residency running October 25th through November 5th. Each week will feature a different show.

For the first week, Wilson presents, “Rita Wilson Now and Forever: Duets with Fraser Walters,” where she’ll perform selections from the new album with award-winning and multi-platinum selling singer, songwriter, actor, and producer, Fraser Walters. For her second week at the Carlyle, a more intimate experience is in store with “Rita Wilson’s Liner Notes.” Rita will be joined by her friends and songwriters singing their songs and telling the stories behind their hits.

We recommend adding songs from Rita Wilson’s “Rita Wilson Now & Forever: Duets” project to your favorite nostalgic playlist. Also, let us know how you feel in the comment section below. Mel Blanc’s famous catchphrase, That’s All Folks! Thanks for reading another great article on Bong Mines Entertainment – the hot spot for new music. Always remember that (P) Positive, (E) Energy, (A) Always, (C) Creates, (E) Elevation (P.E.A.C.E). Contact us on social media via Twitter, YouTube, Instagram, or Facebook, and let us know what’s going on. Disclaimer: This post, contains affiliate links, and we may be compensated if you make a purchase through links on our website.