Jimmie Allen is a GRAMMY Award-nominated, multi-Platinum recording singer-songwriter from Milton, DE. Jennifer Lopez is a celebrated actress, singer, and dancer from New York City, New York. Not too long ago, they released a wonderful new Country tune, entitled, “On My Way.”

Jimmie Allen and Jennifer Lopez – “On My Way” single

‘On My Way’ tells a heartfelt tale about a young couple who were destined to be together. Apparently, their entire life, the ups, and downs, the good and bad times were preparing them for this special moment. With a calm voice, the woman tells her companion, “You don’t believe in meant to be, but somehow, you were meant for me.”

‘On My Way’ contains a relationship-based narrative and ear-pleasing vocals that will resonate well with music lovers worldwide. The romantic tune possesses guitar-laden instrumentation flavored with contemporary Country elements and R&B undertones. Furthermore, “On My Way” serves as a tasty appetizer to what listeners can expect to hear on Jimmie Allen’s highly-anticipated third studio album, entitled, “Tulip Drive,” available on June 24, 2022. 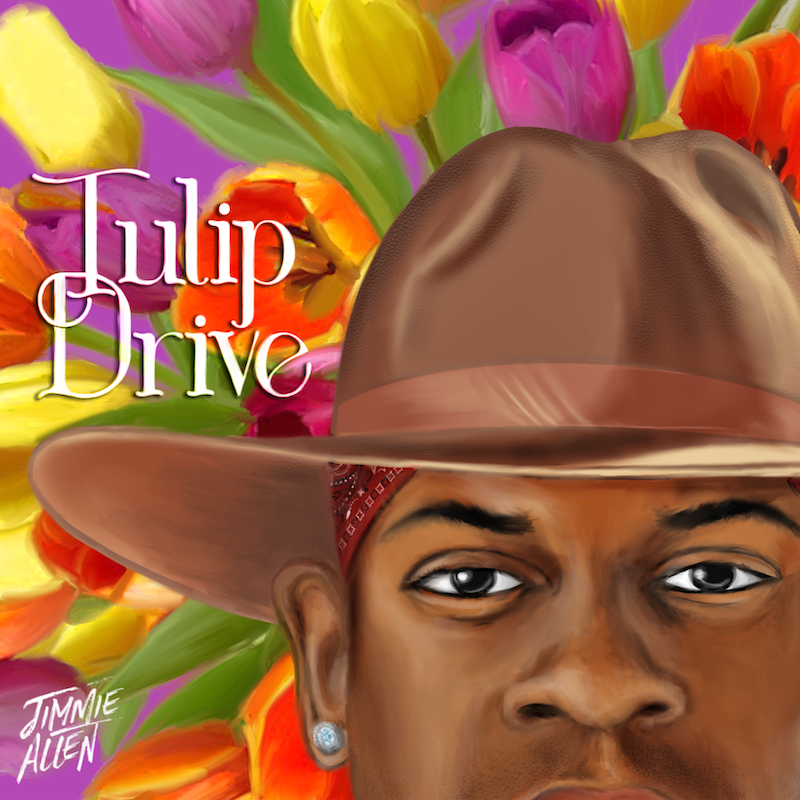 “This is the first album where I chose to write songs about my own personal experiences, thoughts, and hopes.” – Jimmie Allen stated

The 17-track project reflects Jimmie Allen’s signature approach to music and continues to solidify his superstar ascent. Much like its predecessors, the album’s title is deeply personal to Allen’s family ties.  Tulip Drive is the name of the street his late grandmother grew up on. Allen’s 2018 debut album, “Mercury Lane,” was named for the street he grew up on. His 2020 & 2021 releases, “Bettie James” and “Bettie James Gold Edition,” were named for his grandmother (Bettie Snead) and father (James “Big Jim” Allen), who passed away in 2014 and 2019, respectively.

Beginning this Fall 2022 and through Spring 2023, Jimmie Allen will take his impressive live show to 43 arenas nationwide as a special guest on all dates of Carrie Underwood’s THE DENIM & RHINESTONES TOUR.

Allen has been on the road on the Down Home Tour since its sold-out start in February. The 20+ date trek marked his first solo headline tour and will conclude with the second annual Bettie James Fest on August 13 at Hudson Fields in Allen’s hometown of Milton, DE. This year’s slate of performers includes We The Kings, Lainey Wilson, Neon Union, Chayce Beckham, JJ Rupp, and Kounty. Allen will once again serve as the headliner for the festival, which he established in 2021.

Not too long ago, Jimmie Allen was nominated for Best New Artist at the 64th Annual GRAMMY® Awards, Male Artist of the Year at the 57th ACM Awards (which he co-hosted alongside Dolly Parton & Gabby Barrett), and Outstanding New Artist at the 53rd NAACP Image Awards. He is the reigning CMA New Artist of the Year and earned his third career No. 1 with “Freedom Was A Highway” in February 2022. To date, Allen has amassed over one billion on-demand streams. Also, he has performed on The Kennedy Center Honors, Dick Clark’s Rockin’ New Year’s Eve, Jimmy Kimmel Live!, Good Morning America, TODAY, American Idol, Tamron Hall Show, Nick Cannon, The Steve Harvey Show, ACM Awards, CMA Awards, CMT Music Awards, Macy’s Thanksgiving Day Parade, and more.

We recommend adding Jimmie Allen’s and Jennifer Lopez’s “On My Way” single to your favorite contemporary Country and R&B playlist. Also, let us know how you feel about it in the comment section below. Mel Blanc’s famous catchphrase, “That’s All Folks!” Thanks for reading another great article on Bong Mines Entertainment – the hot spot for new music. Always remember that (P) Positive, (E) Energy, (A) Always, (C) Creates, (E) Elevation (P.E.A.C.E). Contact us on social media via Twitter, YouTube, Instagram, or Facebook, and let us know what’s going on. “Disclaimer: This post contains Apple TV and Apple Music affiliate links. When you buy through links on our site, we may earn an affiliate commission.