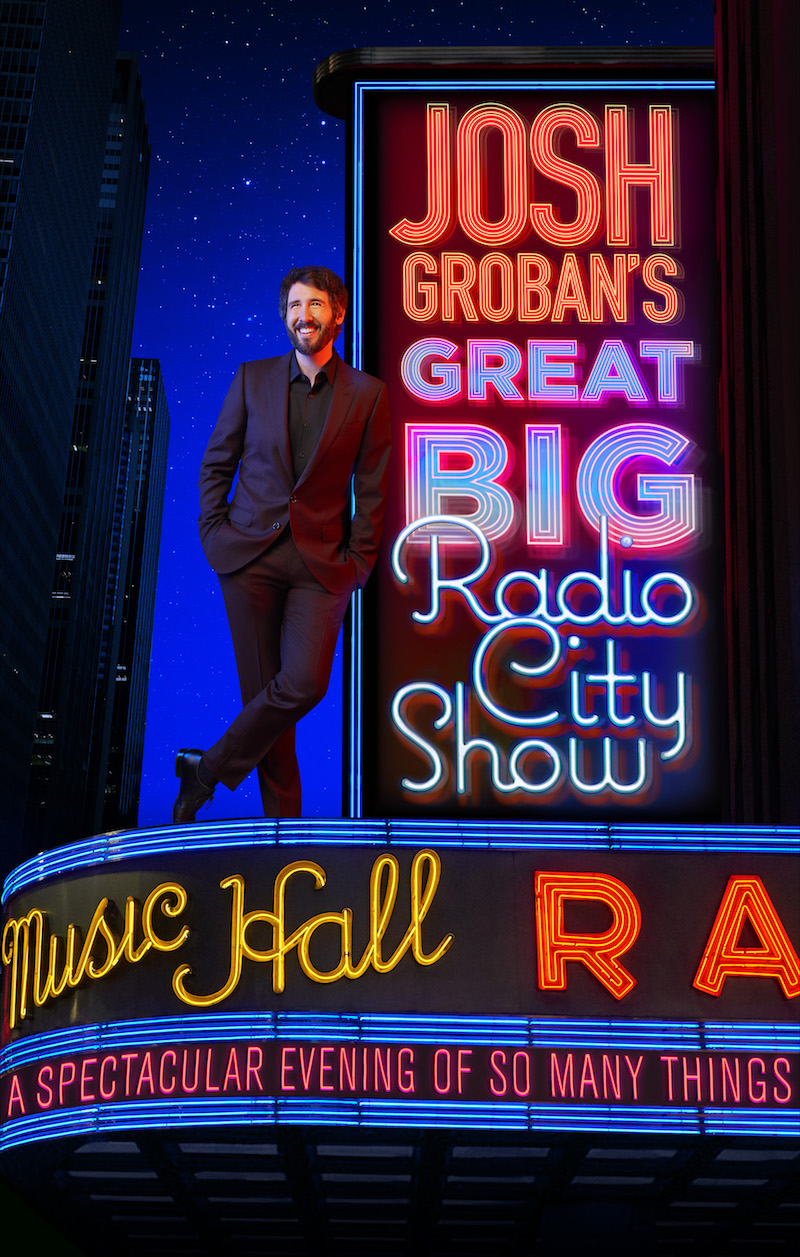 To celebrate the announcement, Josh Groban made stops at Access Hollywood, New York Live, and co-hosted Live with Kelly and Ryan. Also, he appeared on Elvis Duran and The Morning Show.

Also, it will feature special segments, guest stars and performers, and a concert performance featuring Groban.

No two shows will be the same, making each evening a unique, once-in-a-lifetime experience for fans.

One dollar from every ticket sold goes to Groban’s Find Your Light Foundation, dedicated to ensuring that every child has the opportunity to experience a quality arts education.

Josh Groban is one of the most outstanding and instantly recognizable voices in music.

So far, he has entertained fans across the globe with his multi-platinum albums and DVDs (over 35 million sold worldwide).

Also, he has electrifying live performances, and comedic film and television appearances.

“I’m overwhelmed with the response for these first two shows and excited to announce a third. This residency is a wonderful opportunity to connect with audiences in a whole new way. And I can’t wait to hit the stage.” – Josh Groban

Groban is the latest artist to embark on a residency with MSG and the first at Radio City Music Hall since 2017.

As a leader in live entertainment, MSG continues to innovate and create unique, one-of-a-kind experiences for artists and fans alike.

In 2014, the Company originated the concept of a music franchise outside of Las Vegas, with Billy Joel’s monthly residency at MSG, now at a history-making 67 performances and counting.

We recommend going to see Josh Groban perform at Radio City Music Hall. Also, let us know how you feel about Groban’s music in the comment section below.