Nya is an LA-based singer-songwriter from Tampa, Florida. Not too long ago, she released a lovely animated lyric video for her wonderful new indie-R&B single, entitled, “Closer Than Close,” produced by an elite team of Grammy-winning artists.

‘Closer Than Close’ finds Nya singing about her long-distance relationship with her Uruguay-based fiancé – and her frequent commutes back and forth from their home there to Los Angeles. The song is the essence of finding sanctuary within a person you love, allowing fears and insecurities to wash away with a simple touch. Also, Nya flexes her talents with flow and style with a rap element that offers a slight groove to the track and brings about a carefree and whimsical feeling that is exciting and comforting at the same time.

The lyric video paints a story of two couples who find each other and fall in love by chance that unfolds like a traditional anime romance story. The video offers gorgeous scenery and shot composition, highlighting how love triumphs over stormy nights and flower-filled fields.

Nya’s soul-bearing, effervescent vocals cut through the noise of mainstream music by offering a multi-layered approach to her sound. Guided by the lessons of past legends like Frank Sinatra and Fred Astair, Nya utilizes her expressiveness to serve as the foundation for her lyrical talent. So far, she has captivated listeners worldwide with the success of her song, “Won’t Pick Up The Phone,” which amassed over two million streams across various platforms. The billboard-topping artist has found success within a growing fan base with her emotionally-charged ballads that speak to love and loss. Nya’s bold personality, artistic creativity, and ability to remain true to herself make her a mesmerizing act to follow. 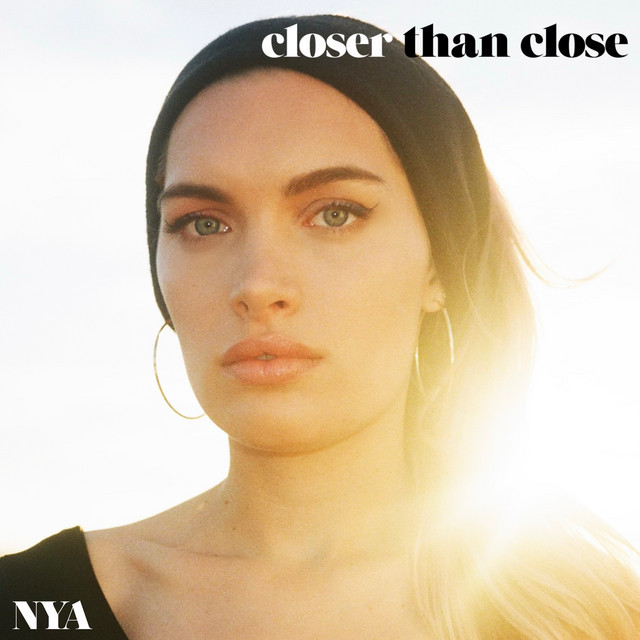 ‘Closer Than Close’ contains an endearing narrative, ear-pleasing vocals, and tuneful melodies. The jazzy tune possesses groovy bass and guitar-laden instrumentation flavored with neo-soul and indie R&B elements. Furthermore, “Closer Than Close” serves as a tasty appetizer to what listeners can expect to hear from Nya in the near future as she continues to release new and exciting music.

We recommend adding Nya’s “Closer Than Close” single to your favorite indie R&B playlist. Also, let us know how you feel in the comment section below. Mel Blanc’s famous catchphrase, That’s All Folks! Thanks for reading another great article on Bong Mines Entertainment – the hot spot for new music. Always remember that (P) Positive, (E) Energy, (A) Always, (C) Creates, (E) Elevation (P.E.A.C.E). Contact us on social media via Twitter, YouTube, Instagram, or Facebook, and let us know what’s going on. “Disclaimer: This post contains Apple TV and Apple Music affiliate links. When you buy through links on our site, we may earn an affiliate commission.