North Ave Jax is an up-and-coming rapper from Burlington, Vermont. Not too long ago, he released an appealing music video for his “2 High 2 Speak” single via LVRN/Interscope Records.

“I’m too high to talk, too high to speak, too high to chill. I don’t know what’s wrong, shawty, I’m f***ed up, can’t deal. This ain’t what it once was, naw, this sh*t for real. Lately, I feel like I can’t feel at all, and I be shattered by grief. Broken by my sins, I’ve been livin’ in silence with my heart on my sleeve. This sh*t is tiring, the pressure is piling, feel the pain on my teeth. I just decided that I’m done with the lies and you can’t be around me.” – lyrics

‘2 High 2 Speak’ tells a heartfelt tale about a broken young man who has too much burden on his conscious. Apparently, he’s running away from problems or troubles that he can’t seem to fix right now. Therefore, he exclaims, “Everyone so artificial but everything’s really what I been through.” His mentality is partially disturbed by people who give their word and don’t keep it. Later, he addresses one of those individuals, “Don’t come too close, I’m too high to speak. I don’t wanna talk – so leave me be.”

When you think of Vermont, you think of maple syrup, mountains, and massive amounts of snow. Moreover, its quietude typically inspires quaint lives. But North Ave Jax chose a much louder path. The Burlington native took the unexpected route personally and creatively, threading deft verbal dexterity through unpredictable soundscapes punctuated by punk rock spirit, pop ambition, and even a twist of R&B.

North Ave Jax is paving his own wave in the contemporary hip-hop music scene. On April 16, 2022, the young rapper will be making a special headlining appearance at the Higher Ground Ballroom. He will be performing alongside upcoming Burlington-based artists such as SSGOBE and others.

At the age of two, Jax picked up drums and continued to play through grade school—even joining a rock band in first grade. Mom introduced him to the likes of Smashing Pumpkins, Pearl Jam, and Red Hot Chili Peppers. But it was a trip to the local library that actually unlocked hip-hop for him. After hearing Flo Rida’s “Low” on library headphones, he embraced rap music and started listening to JAY-Z, Drake, Nas, A Tribe Called Quest, and Brent Faiyaz.

“I don’t give a f***, I do this for me and brothers and nobody else. I don’t care how you feel as long as my pockets heavy and my folks good. I got to remain a soldier, ain’t no way that I’ma fold. I ain’t trippin’, you already know I know the motive. Ain’t no way that I could change, I can’t let the pain take control. I’m focused. You don’t wanna know the half of what I’ve been battling, I’ve been broken.” – lyrics

Throughout high school, basketball occupied the bulk of Jax’s time, yet he still managed to ignite a handful of viral freestyle videos from the lunchroom. Kicked off the basketball team in his senior year, he dropped out of school. One night in 2021, he wound up recording in his friend’s makeshift closet studio. Hunger to succeed drove his delivery from the jump. Unexpectedly, an acquaintance FaceTimed LVRN Co-Founder and President Tunde Balogun and played him Jax’s music. A day later, the label flew him to Atlanta in order to ink a deal. Now, North Ave Jax introduces a scorching signature style on a series of 2021 singles and more to come. 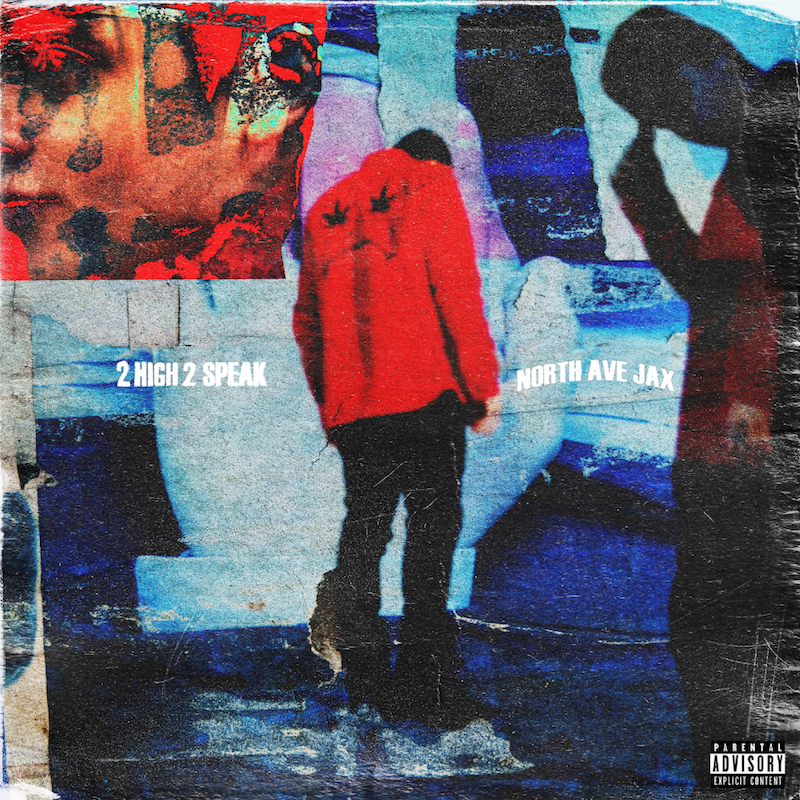