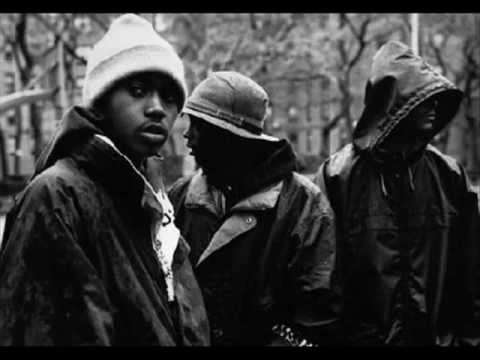 The nostalgic tune encroaches into listeners’ eardrums and trespasses inside the sonic landscape where passersby surrender to its deadly aroma. Seconds later, reality settles in a place where a black hearse zooms past with sparkling rims and tinted windows.

The welcoming vocals of Ronald Isley echo, numbing the impending danger, which envelope listeners inside a self-addressed stamped envelope, addressed to the Queensbridge Housing Projects, the largest public housing development in North America.

The dopest lyrics, bellowing out of one of the barred windows attached to a low-storied building, introduces one of the greatest rappers of all time.

Take a took around like the Masta Ace and you will identify where the main source of our inspiration is coming from. Apartment 5D, where an adolescent teen rap with his hat twisted backyards.

“Black hoods, cops and projects, sewers flooded with foul blockage. The gutter’s wild and every child watches. Changing top locks with ripped-off hinges. Doors kicked off, drunks stag off Smirnoff, wipe your beard off. Crippled dope fiends in wheelchairs stare. Vision blurry, cause buried deep in they mind are hidden stories. Bet he’s a mirror image of that 70’s era. Finished for the rest of his life, till he fades out.” – lyrics

His lyrics are so powerful that listeners are frozen in admiration, wondering how can a juvenile possess so much knowledge. Their minds wandered alongside the visionary raps being uttered by the young spitter. Shortly afterward, they realized they are in the presence of a great emcee.

“The liquor store workers miss him but then it plays out. So many ways out the hood but no signs say out. Mental slave house where gats go off, I show off. Ni^^as up north, prison-ology talk, till they time cut off. You should chill if you short, prepare deep thought. To hit the street again, get it on; get this paper and breed again. Plan to leave something behind. So your name will live on, no matter what the game lives on.” – lyrics

Some wondered what his name is. Then a passerby stopped and said, “His name is Nasty Nas—the greatest emcee ever!”

Later, an elderly man disappears between two buildings. The sky, serving as the ceiling, darkened. Then Ronald Isley descended with two emissaries. His emergence illuminated the landscape and then he began to sing.

‘This can’t be life?’ Some uttered. Then Nas dropped more knowledge. But now, other souls pooled together and a large crowd was formed. Police officers, standing on the outskirts of the projects, tucked their weapons in its holsters and started bopping their heads.

“At night the windows were speakers, pumping life out. A fight, people screaming cause somebody pulled a knife out. So I looked at this poem, I’m hooked to this tune. Every night the same melody, hell sounded so heavenly. But jail was ahead of me. Reading’s what I should’ve done, cause my imagination would run. I was impatient to get out and become part of the noise out there. I used to stare, five stories down basketball courts, shot up playgrounds. And I witnessed the murders and police shake-downs.” – lyrics

Project Windows is the fifth track from Nas’ “Nastradamus” album.

‘Nastradamus’ was released in 1999 via Columbia and Ill Will Records. Son far, the album sold more than 1.2 million copies worldwide.

“Teach the girls karate, and school your sons not to hate, but to stay awake. Cause the scars a razor make is nothing in comparison to the gas left on this whole mass, if we don’t get it controlled fast.” – lyrics

In conclusion, the prophetic message on Project Windows has rarely been forgotten since its release.

Also, its impact will continue to inspire listeners to think because thoughts become things that will one day shape our future. It’s just too bad there isn’t a music video for ‘Project Windows’.