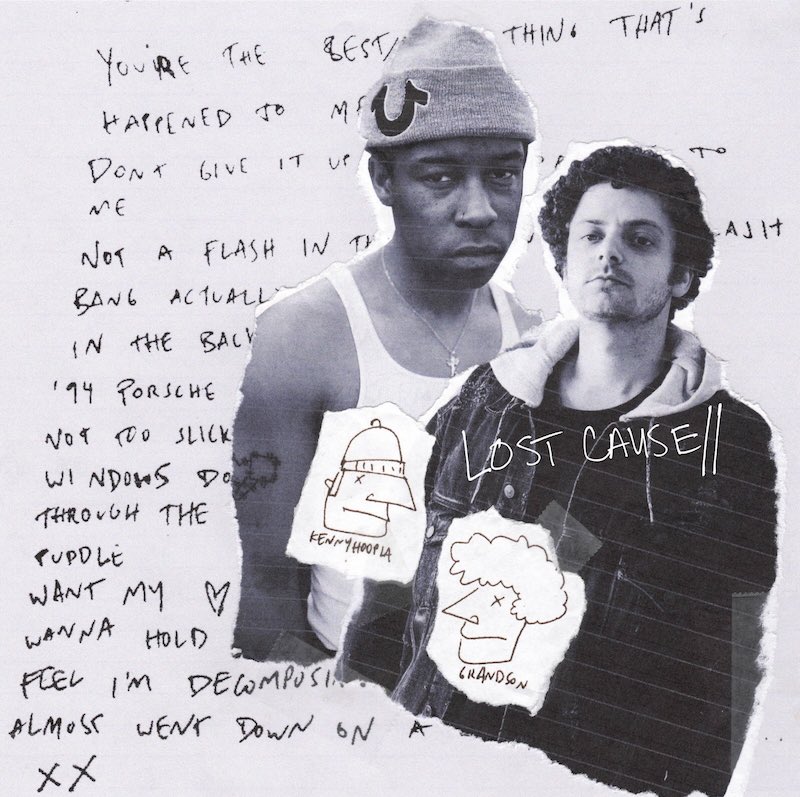 KennyHoopla & grandson release a remix of KennyHoopla’s “lost cause//” single

KennyHoopla (Kenneth La’ron) is a Wisconsin-based alternative artist from Cleveland. grandson is the pseudonym of Canadian-American singer Jordan Benjamin. Not too long ago, they released a remix of KennyHoopla’s “lost cause//” single.

“There’s a bounty on my neck. If they catch me they get a check. Never give them no respect because all authority have told me, ‘You’re just a lost cause. I know how people like you end up.’ And if I die young, I was born with a target on my head.” – lyrics

‘lost cause//’ contains a relatable storyline, pleasing vocals, and tuneful melodies. Also, the new-wave tune possesses vibrant instrumentation flavored with a misty alternative aroma. Furthermore, “lost cause//” serves as a fantastic presentation of what listeners can expect to hear from KennyHoopla and grandson in the near future as they continue their separate claims to fame.

Prior to this release, KennyHoopla has been unveiling live performance videos from his debut EP, entitled, “how will i rest in peace if I’m buried by a highway?//”. 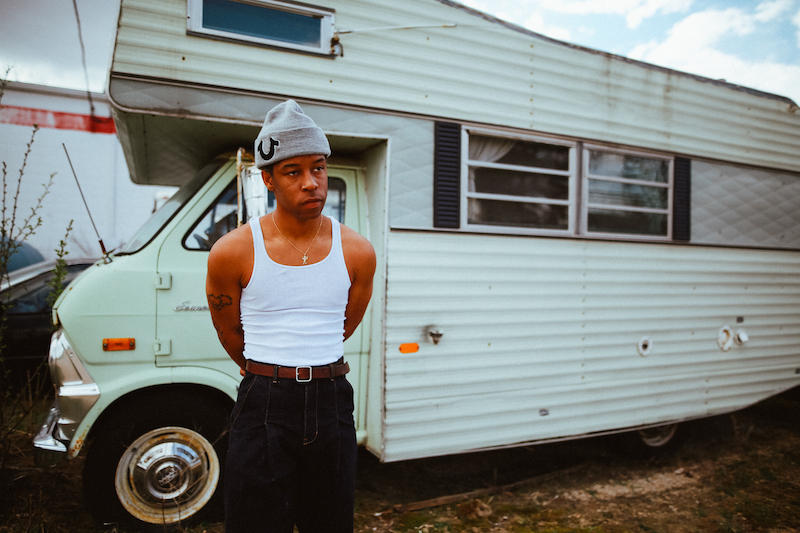 “I used to breakdance, I used to paint, I used to do photography. I thought if I could conquer every art medium, I’d get closer to it. Something in me kept telling me it was time to make music.” – KennyHoopla stated

KennyHoopla (inspired by a scene in SpongeBob) started making music just three years ago in a rare collision of artistic synergy. He grew up absorbing a diverse variety of music, art, and breakdancing. His musical influences include The Drums, Funeral Suits, Common, and Teen Suicide. So far, he has performed alongside Injury Reserve, Jack Harlow, Omar Apollo, Trapo, Yung Gravy, Alex Wiley, Beabadoobee, Yoshi Flower, and Gabriel Black.

KennyHoopla is one of the most exciting rising artists in the alternative space. Not too long ago, he was featured on the cover of Spotify’s “The New Alt” and Apple’s “ALT CTRL” playlists. Moreover, he landed the #1 position on “The New Alt”. Currently, Hoopla is set to support Yungblud on select U.K. dates next spring. Also, he will join You Me At Six on tour next year as well. Furthermore, he is a confirmed performer for next year’s Riot Fest in Chicago.

“You’re the best, worst thing that’s happened to me.” 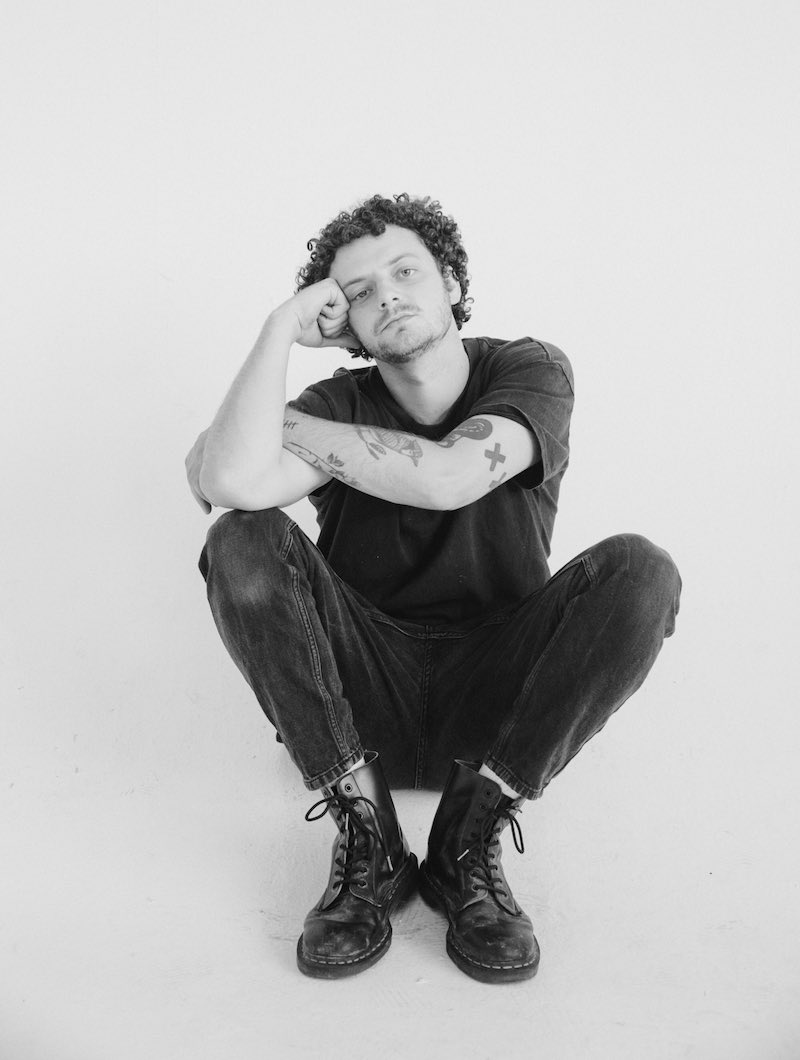 “I’m very, very excited about the present and future of alternative music. And the responsibility we take on—in showing kids the way through the honesty and vulnerability we let out in the music. Kenny’s next up. I’m happy he gave me the assist on this one.” – grandson stated

grandson takes elements of his rock ‘n’ roll, hip-hop, and electronic music roots and combines them to tell stories of reclaiming power over one’s life. Also, his music confronts social issues facing his generation and opens discussions about struggles with addiction and mental health. Since releasing his modern tragedy EP series, grandson has toured extensively across North America, Russia, and Europe.

So far, grandson has accumulated hundreds of millions of streams online. Furthermore, he has received co-signs from the biggest names in rock ‘n’ roll and progressive politics, from Tom Morello to Bernie Sanders. grandson uses music to embolden listeners (known as the grandkids) to feel a sense of agency over the direction of their lives. Also, he provides a much-needed soundtrack to keep fighting whatever battle they may be fighting. 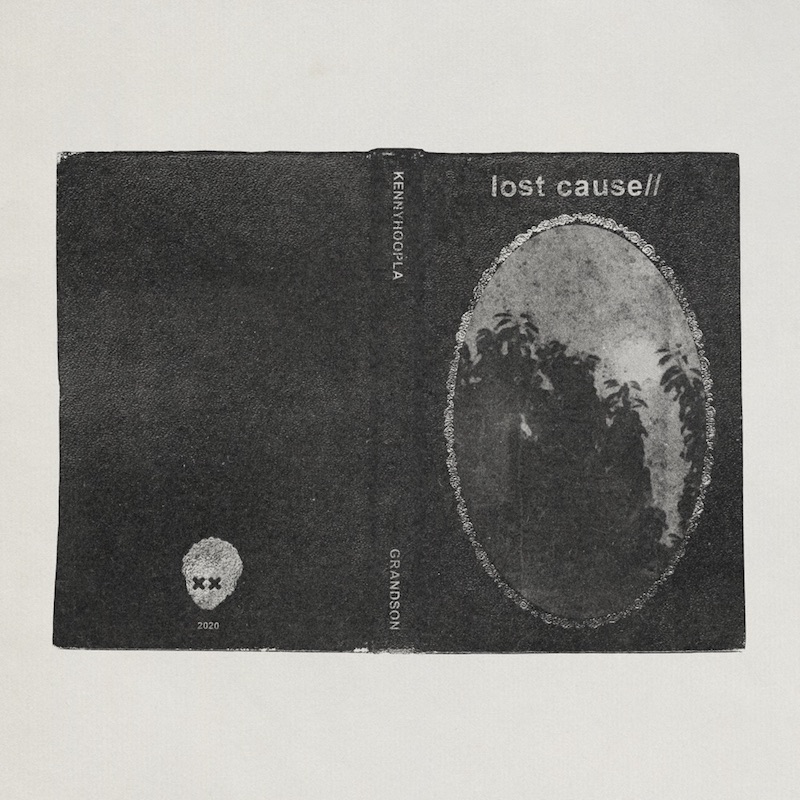 We recommend adding KennyHoopla’s and grandson’s “lost cause//” single to your personal playlist. Also, let us know how you feel in the comment section below.