Kate Stewart is a rising singer-songwriter from Maide Vale, West London. Not too long ago, she released a sensational black and white music video for her brand-new single, entitled, “The Game,” directed by Jack Bowden (Nike, HP, Primark, Boohoo, Trivago) via The Orchard & Sony Music. The video finds Kate performing and posing in powerful stances against a stark black and illuminated background. Her outfits range from an oversized blazer to a form-fitting bodysuit.

“I’m ice, I’m cold, I’m heartless. Double up my shine in the darkness. I’m on my sh*t tonight, so try and not start a fight. Fake love, fake friends, fake drama. Who you kidding? You don’t care ‘bout the karma. So get out my way tonight, I’m on a dangerous high. Love me, you might hate, you might feel a way. 10 rounds, I got knocked down, but I won’t lose face. And I can not be the one to tell you that I got you ‘cause you know the game’s the f****** game. Deal the cards I’m here to play.” – lyrics

‘The Game’ is a deep dive into the realm of not getting played by anyone. The fiery tune finds Kate Stewart carving out her own path that highlights the feeling of taking control of your own truth. Also, “The Game” reflects on an opportunity to show power and get back to yourself when you’ve fallen astray. Lyrically saying how it feels to know exactly what you want when you want it. It’s all about playing your own game, one where you have control of the outcome and finding a more self-assured version of yourself, all the while having your own full house.

Furthermore, “The Game” serves as a tasty appetizer to what listeners can expect to hear on Kate Stewart’s upcoming EP, entitled, “You Had To Be There,” available in Fall 2022. The project is a storybook of seasons of love, self-love, and empowerment. Also, “You Had To Be There” was collaborated and put together by Kate and a circle of music titans. Writers and producers include the legendary, Swagg R’Celious, Humble The Great, David Stewart, Callum Conner, Ryan Ashley, and Jeff Gitty.

“‘The game is the game’ is just something that me and all my friends have always said. Whenever I try to explain it to people, they never understand. You just have to hear it in context to get it! However, I thought it would make a really cool title for a song, and in this instance, ‘The Game’ symbolizes not letting anything or anyone get in the way of you or what you’re trying to do. You just have to look forward and enjoy the ride, looking back will only hinder all the progress you’ve made. Don’t let anyone dull your shine, the games the game!” – Kate Stewart explained

Kate Stewart grew up in an artistic family: her father was an entertainer, her mother a dancer, and her brother a globally recognized and respected music producer and songwriter. It’s no surprise she followed in their footsteps. Kate grew up doing musical theater and went to stage school in Chiswick, where she discovered her passion for the stage. The ultimate discovery was that as well as realizing the magnitude of her vocalist capabilities and strength, she was deeply in love with singing and moved forward with working as a recording artist.

Growing up, Kate loved timeless female icons like Whitney Houston, Beyoncé, and Mariah Carey. They heavily inspired her earlier music and were the catalysts for her later love for music. Kate Stewart gives the gift of those classic, soothing vocals intertwined with a flavor that feels like it’s made for today’s music explorers and lovers. 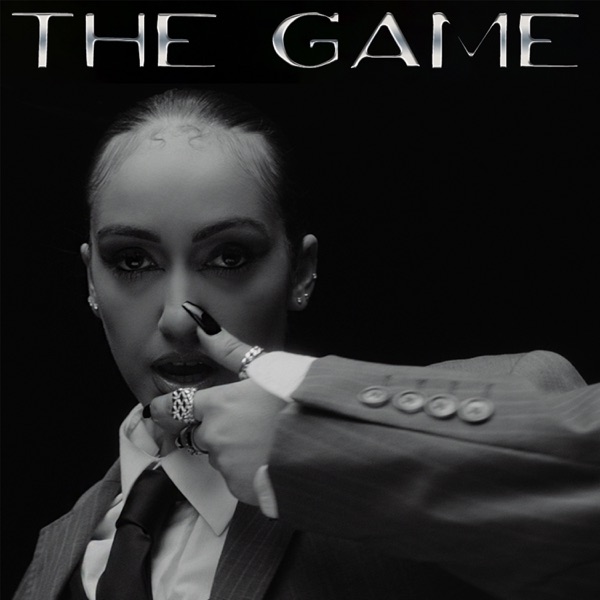 We recommend adding Kate Stewart’s “The Game” single to your favorite contemporary pop playlist. Also, let us know your feelings in the comment section below. Mel Blanc’s famous catchphrase, “That’s All Folks!” Thanks for reading another great article on Bong Mines Entertainment – the hot spot for new music. Always remember that (P) Positive, (E) Energy, (A) Always, (C) Creates, (E) Elevation (P.E.A.C.E). Contact us on social media via Twitter, YouTube, Instagram, or Facebook, and let us know what’s going on. “Disclaimer: This post contains Apple TV and Apple Music affiliate links. When you buy through links on our site, we may earn an affiliate commission.