Just Loud is a New York-based singer-songwriter from Virginia. Not too long ago, he released an artistic music video for “Ghost”, the second single from his upcoming debut EP, entitled, “Episode 1”.

“The first line is ‘I talk too much or not at all,’ and that’s me, one hundred percent. I’m very shy and outspoken—a full Gemini—and that balance is hard when it comes to being in a relationship with someone. Can you handle all of me? Would you go ghost on me once you found out who I am?” – Loud

The visually effective video begins outside a timeworn church house with a reception-less old-school TV lying on the lawn.

Inside the high-ceiling house, the TV is positioned in a blue-carpeted pulpit area. Also, the artist is performing on the TV screen, in black and white.

The video was made in collaboration with artist Aleia Murawski, who was featured in Petra Collins’ In Search of Us show last year at NYC’s MoMa. It places Loud’s sense of artistic grandeur and enigmatic presence front and center. 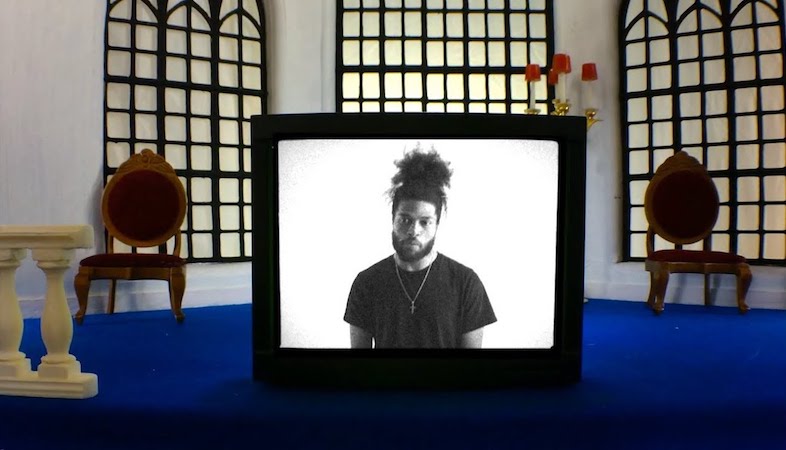 “Ghost is a powerful track that questions how humans deal with love and loneliness. Also, Loud’s striking vocals and fearless originality are perfumed with pop-rock and modern R&B scents.”

Just Loud‘s childhood orbited around a small country church. But his rebellious and inquisitive nature led him to be cast away from the church at 15, which led him to pursue music.

Also, his 4-track debut EP will be released on the fifteenth of June via Five Seven Music. The project was produced by Dave “Sluggo” Katz (Neon Trees, Katy Perry).

We recommend adding Loud’s music to your personal playlist.