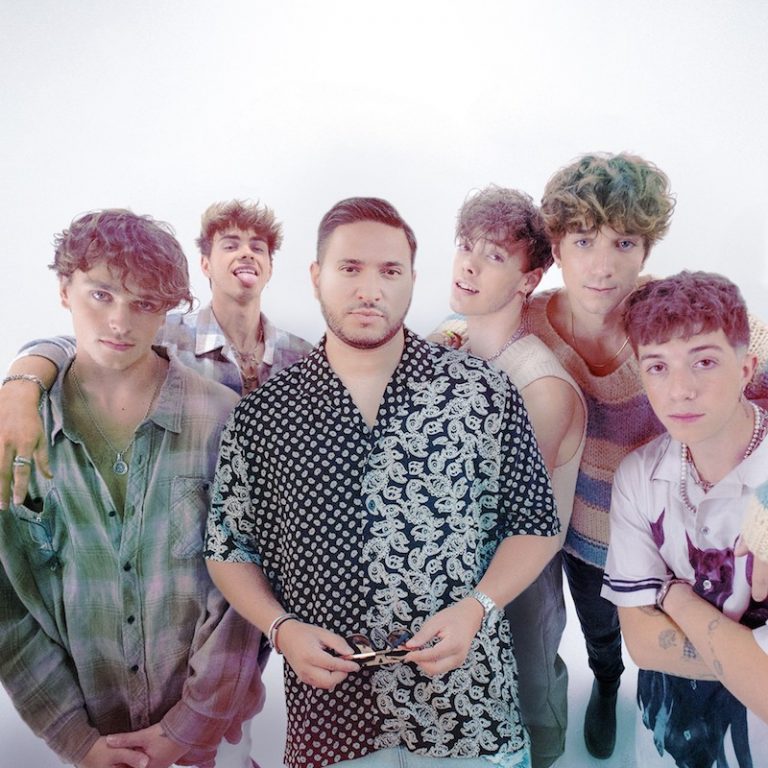 Jonas Blue is a multi-platinum producer. Why Don’t We is an LA-based quintet consisting of Daniel Seavey, Corbyn Besson, Jonah Marais, Jack Avery, and Zach Herron. Not too long ago, they released a lyric video for their “Don’t Wake Me Up” single via Positiva/EMI.

“Sunkissed, my face wishing for the real thing. Lonely and outta place when I don’t have you with me. Does your heart say the same on all these nights alone? Or is it just me hoping you’ll come home? ‘Cause, I don’t know if I can make you happy. No matter what the odds, I’m gonna try. A million miles away, I feel you with me. For now, our love will live inside my mind. So don’t wake me up in the middle of the night ‘cause I finally found you.” – lyrics

‘Don’t Wake Me Up’ tells a heartfelt tale about a young guy who doesn’t know if he can make his significant other happy. Apparently, he wants to make their relationship work and desires to embrace his partner once again in the near future. Furthermore, he feels his partner’s warm love every time he closes his eyes to sleep. Therefore, he tells his partner, “A million miles away, I feel you with me. For now, our love will live inside my mind.”

“Don’t wake me up in the middle of the night ‘cause I finally found you.” 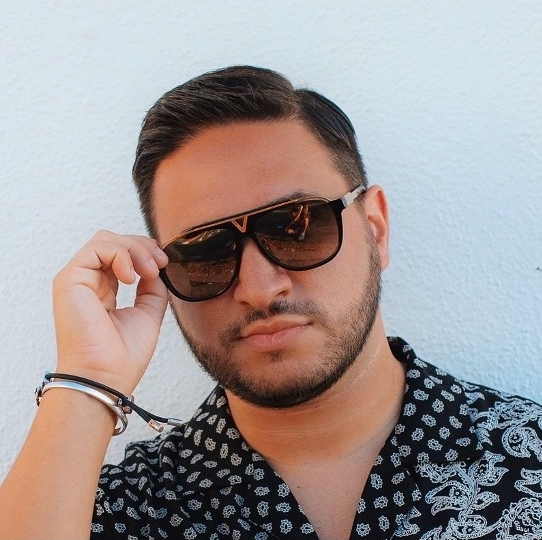 “I’ve been wanting to get a collab going with Why Don’t We since they first hit me up on Twitter back in 2019. These guys have amazing vocals which grabbed me instantly, so I knew we could create something really special together. ‘Don’t Wake Me Up’ has a real depth to the lyrics. If you break it down, it’s about finding your true love in your dream. I can’t wait to share it with the world.” – Jonas Blue explained

Jonas Blue’s career has been astounding to date. Having been certified platinum over 130 times around the globe, Jonas has amassed an army of instantly recognizable hit singles including Fast Car, Perfect Strangers, Mama, and Polaroid, his collaboration with Liam Payne. He also boasts production credits on smash-hit global singles including Ava Max’s My Head & My Heart. With over 14 billion global streams and over 70 million singles sales, Jonas Blue is a DJ and pop powerhouse.

With touring ramping back up in 2021, Jonas had an exciting year in the live space with huge main stage performances at Exit Festival and Creamfields and a residency at Zouk in Las Vegas. 2022 looks set to be bigger and better than ever with an upcoming headline tour in Tokyo (February 22nd – 28th) and some massive festival sets and residencies to be announced very soon so stay tuned. 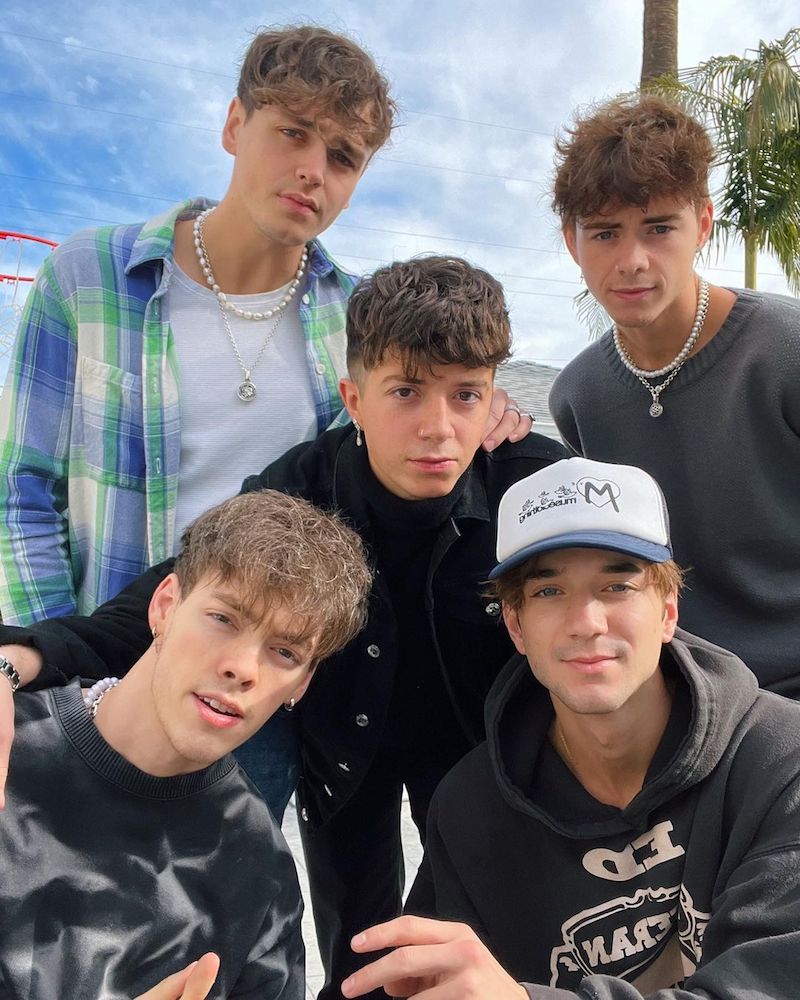 “This song started with a late-night call from a good friend of mine, Lukas Costas, asking if I’d be down to come over and record scratch vocals on a piano ballad he just wrote. After we finished vocals, I showed my bandmates the demo and they loved it. That’s when we got in touch with Jonas. He loved the potential the song had and before we knew it, we had received the first draft of what would become a pop dance banger. Enjoy ‘Don’t Wake Me Up!’” – (Why Don’t We’s) Corbyn Besson stated

Why Don’t We went back to basics for their sophomore album, flatlining all social media and picking up their instruments to personally write, record, and produce the music themselves. Led by the band’s inaugural Billboard Hot 100 charting Gold-certified single, “Fallin’ (Adrenaline),” The Good Times and The Bad Ones earned their highest debut on the Billboard 200 at #3 and their first #1 album on the album sales chart.

“Don’t Wake Me Up” music video

‘Don’t Wake Me Up’ contains a relatable narrative, ear-pleasing vocals, and addictive melodies. The likable tune possesses guitar, drum, and piano-laden instrumentation flavored with electro-pop and contemporary dance elements. Furthermore, “Don’t Wake Me Up” is the first release from Jonas Blue’s brand-new collaboration project, entitled, “Together.” The anticipated project will see a stream of new music dropping throughout 2022 with exciting global talents. All of these collaborations will feature the theme of togetherness, unity, and positivity—a crucial message that’s needed in the world more than ever right now. Also, “Together” is synonymous with Jonas’s music and his hugely successful career to date. 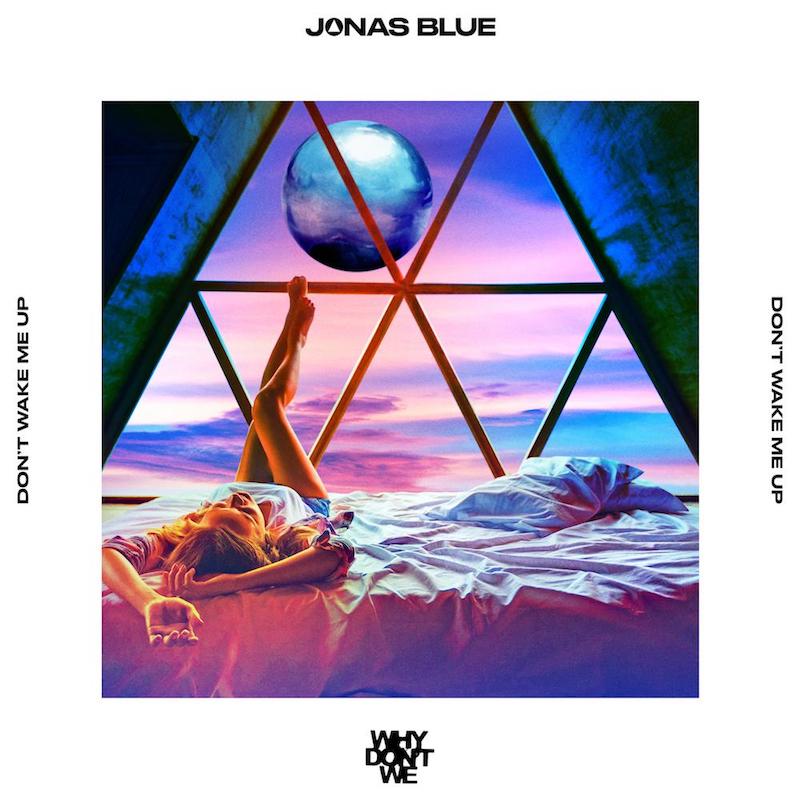 We recommend adding Jonas Blue’s and Why Don’t We’s “Don’t Wake Me Up” single to your favorite dance playlist. Also, let us know how you feel about it in the comment section below. Mel Blanc’s famous catchphrase, “That’s All Folks!” Thanks for reading another great article on Bong Mines Entertainment – the hot spot for new music. Furthermore, always remember that (P) Positive, (E) Energy, (A) Always, (C) Creates, (E) Elevation (P.E.A.C.E).