Jonas Blue is a multi-platinum producer based in London, England. Louisa Johnson is an acclaimed British singer-songwriter. Not too long ago, they released an exhilarating club banger, titled, “Always Be There.”

Jonas Blue and Louisa Johnson – “Always Be There”

‘Always Be There’ celebrates the kind of love and friendship that remains steadfast through every season. The feel-good anthem consists of Johnson’s powerful vocals soaring over euphoric piano chords and a pulsating bassline. Blue, who wrote “Always Be There” with Sam Roman, Andrew Wells, and Maya Kurchner, imbues the song with an infectious, uplifting vibe just in time to soundtrack the final days of summer.

Across all of his releases – which include Fast Car, Perfect Strangers, Mama, and Polaroid – Jonas Blue has amassed more than 17 billion global streams, 78 million single sales, and 130 Platinum certifications. The first half of the year saw the producer release singles including Why Don’t We collaboration, “Don’t Wake Me Up,” which achieved over 160 million global streams.

Jonas’s debut album, “Blue,” is certified Gold in the UK and US and was the winner of the Brit Breakthrough Award. His recent high-profile output includes his remix of “Run Into Trouble” by Alok and Bastille, and his remix of “My Head & Heart” by Ava Max which he also co-produced.

A typically stacked 2022 touring schedule has included a residency in Las Vegas, regular Ibiza shows, numerous back-to-back sets with Dutch DJ and producer, Sam Feldt – his partner in their new collaborative project, Endless Summer – and countless high-profile festival performances at the likes of Creamfields South, Lollapalooza, and Fuji Rock Festival. Looking ahead, he will play Sundown Festival, Barcelona’s Opium Mar, and Pacha Ibiza before the end of the month.

Louisa Johnson has accumulated over 300 million worldwide streams thanks to her chart-friendly singles (Best Behaviour, So Good, and the Clean Bandit smash, Tears). After winning the twelfth season of X Factor at the age of 17 – the youngest ever contestant to win – her debut single, “Forever Young,” reached #3 in the UK charts. 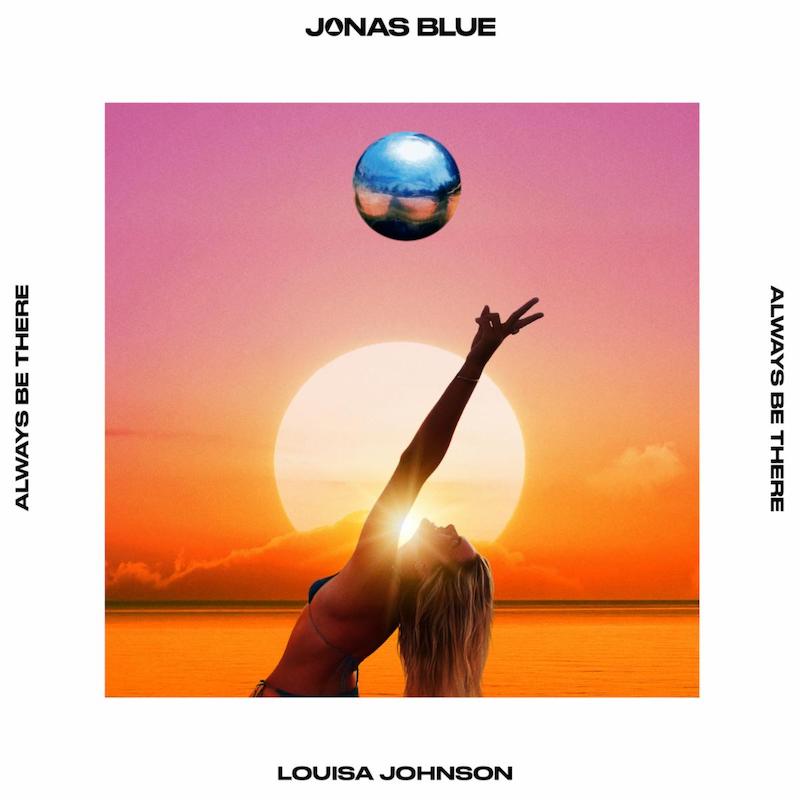 We recommend adding Jonas Blue’s and Louisa Johnson’s “Always Be There” single to your favorite dance playlist. Also, let us know how you feel in the comment section below. Mel Blanc’s famous catchphrase, That’s All Folks! Thanks for reading another great article on Bong Mines Entertainment – the hot spot for new music. Always remember that (P) Positive, (E) Energy, (A) Always, (C) Creates, (E) Elevation (P.E.A.C.E). Contact us on social media via Twitter, YouTube, Instagram, or Facebook, and let us know what’s going on. Disclaimer: This post, contains affiliate links, and we may be compensated if you make a purchase through links on our website.