HAIM announces their North American tour for Spring and Summer 2022

HAIM is an acclaimed Southern California-bred sister act. Not too long ago, they announced their North American tour for Spring and Summer 2022 in support of their latest album, entitled, “Women In Music Pt. III.”

The One More Haim Tour 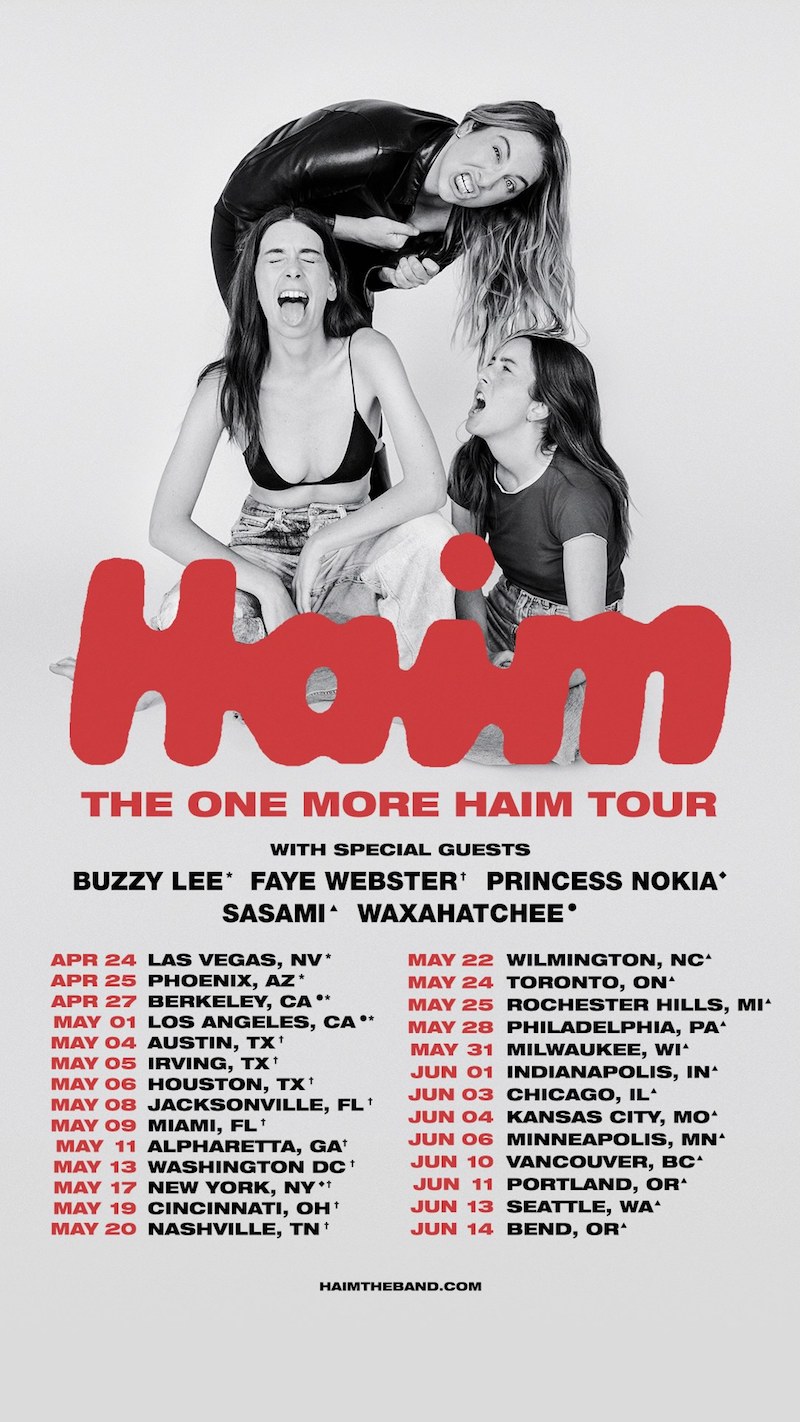 Promoted by Live Nation, the band will kick off the 27-date, One More HAIM Tour, on April 24th in Las Vegas, Nevada. The tour will hit major cities across North America including Chicago, Houston, Miami, Washington DC, Seattle, Toronto, Philadelphia, and more. Also, the tour sees HAIM playing LA’s famed Hollywood Bowl on May 1st and NYC at Madison Square Garden on May 17th.

Waxahatchee, Princess Nokia, Faye Webster, Sasami, and Buzzy Lee and are set to join HAIM as support on select dates. Tickets are available at Ticketmaster.com.

The GRAMMY® nominated album, “Women In Music Pt. III,” debuted at #1 in the Album Sales Chart, Alternative Chart, iTunes albums chart, and Rock Album Chart in the US. Also, the album entered the Billboard 200 in the Top 15 at #13. One of its singles, “The Steps,” was GRAMMY® nominated for Best Rock Performance.

We recommend adding HAIM’s “The Steps” single to your favorite alternative playlist. Also, let us know how you feel in the comment section below. Mel Blanc’s famous catchphrase, “That’s All Folks!” Thanks for reading another great article on Bong Mines Entertainment – the hot spot for new music. Furthermore, always remember that (P) Positive, (E) Energy, (A) Always, (C) Creates, (E) Elevation (P.E.A.C.E).