Gryffin (Dan Griffith) is a Los Angeles-based electronic music producer. Not too long ago, he released a poppin’ dance tune, entitled, “Tie Me Down”, featuring the sultry vocals of singer-songwriter Elley Duhé.

“Don’t lie, I know you’ve been thinking it. And two times, you let it slip from your lips. You got too much pride to make any promises. Thinking that we got time and you wanna keep it in.” – Lyrics

“Tie Me Down” is a summer-friendly tune from Gryffin’s upcoming full-length debut album. The song was written by Sarah Aarons (Zedd’s Middle and Stay). Also, it consists of upbeat instrumentation, which is decorated with strings and guitar.

“Tie Me Down is a song that’s been over a year in the making. It’s one of the hardest records I’ve had to make, but one of my favorites. We went through over 10 different vocalists looking for the perfect match on this song, and finally found it with Elley Duhé. She brings the perfect energy and passion to the record, and I couldn’t be more proud of the way it came together.” – Gryffin stated via Billboard

“Tie Me Down” follows Gryffin’s two previously released tracks. The first, “Just For A Moment” featuring Iselin, has gained over five million Spotify streams. The second, “Winnebago” featuring Quinn XCII & Daniel Wilson, has racked up over 15-million streams and peaked at #7 on the Worldwide Dance Shazam chart.

Also, his 2017 “Nobody Compares To You” single featuring Katie Pearlman has earned over 75-million streams and emerged as a #1 Dance and UK Future Hits track on Shazam. 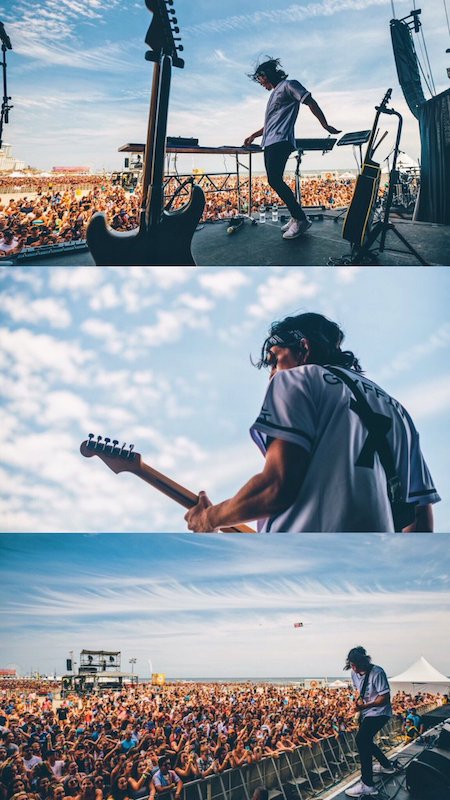 In conclusion, we recommend adding Gryffin’s “Tie Me Down” single to your personal playlist. Also, he has a number of additional live dates scheduled in the coming months, including appearances at Outside Lands, Breakaway, Bumbershoot, Electric Zoo, Austin City Limits, and Voodoo Festival.