Gemaine is a drummer and self-taught pianist turned singer-songwriter and producer from Los Angeles, California. Charlie Heat (Kanye West, Lil Uzi Vert, Madonna, Kehlani) is a super-producer. Not too long ago, they released an appealing music video for their “No Questions” single.

“I was inspired to write ‘No Questions’ by a tweet that I saw from Issa Rae. She mentioned she was listening to Mint Condition’s ‘Breaking My Heart’ and said she wished men today would be more like the R&B singers from the past. She was bringing attention to the fact that loving a woman used to be cool. It inspired me to make a record that had similar energy but with a modern sound. I wrote this song to remind men that there’s nothing wrong with being soft-spoken and romantic with your girl.” – Gemaine explained

‘No Questions” showcases Gemaine’s soothing and rich voice with intimate lyrics reminiscent of traditional R&B ballads. The instrumentation starts with minimalistic production allowing Gemaine’s vocals to take center, before opening with scintillating keys and mellow percussion. Furthermore, “No Questions” is a taste of what’s to come from Gemaine’s and Charlie Heat’s collaborative album, entitled, “New Jack City.” The project is set to be released in spring of 2022.

“I got what you need, no question.”

‘New Jack City’ finds Gemaine working with in-house production partners, Ymtk and Charlie Heat, who serves as executive producer. Both formidable artists in their own right, the producers possess the innate ability to match Gemaine’s vision and high standard of artistic execution – a phenomenon he suggests is anomalous in his experience.

Buoyed by the success of early studio sessions, Gemaine and Charlie Heat quickly realized their collective potential and took the ambitious step toward completing a collaborative project. Inspired by the pace and swagger of gangster films like the gritty 1991 thriller, New Jack City, Gemaine and his partners developed a spacious musical signature that lends cinematic flair to even the most effervescent jams and cements an artistic brotherhood derived from what he describes as the collective’s “ruthless” work ethic.

“I’m trying to ride with you.”

First introduced to music in church, Gemaine was a quick study in the charisma and famed chord progressions of modern gospel music as a kid coming up in Compton. He began singing publicly at the age of 18 when a video he recorded at a local Guitar Center – and uploaded to the TikTok predecessor, Vine – transformed him into a viral sensation.

The sensual tone and natural finesse established during his musical youth make Gemaine the perfect messenger for a timely resurgence of tender lyricism and unapologetic sex appeal, attributes of the music that have arguably flagged since the era responsible for artists like Al B. Sure and Bobby Brown’s storied solo career.

Inspired by that legacy and compelled to orchestrate a movement that is altogether invigorating and fresh, Gemaine is a rising R&B phenom whose brash ownership of the heartthrob title and deep reserve of artistic versatility make ample room for the next love movement. 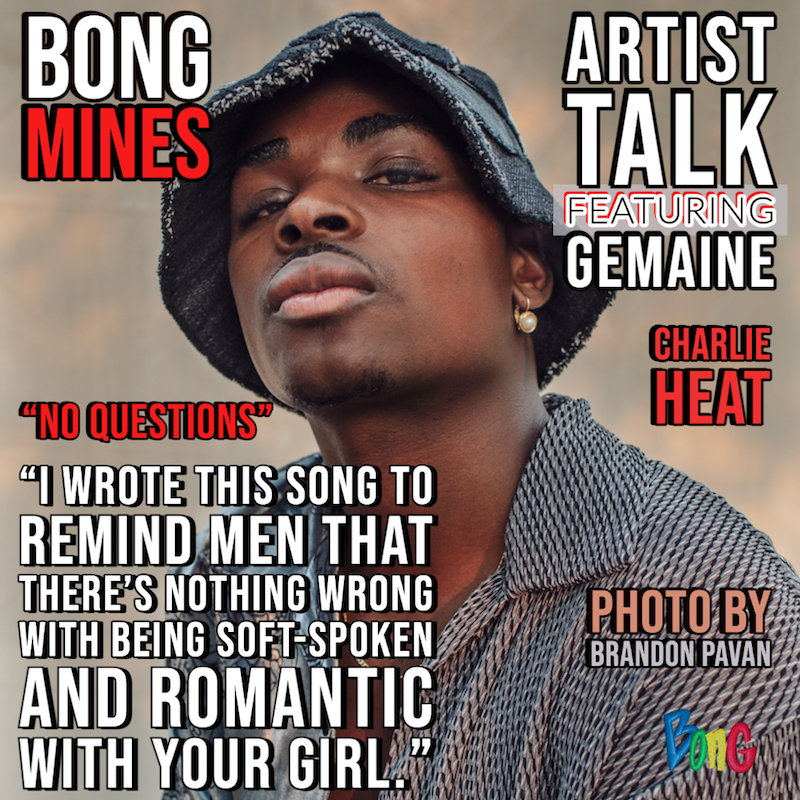 A self-described perfectionist, Gemaine arrives with a more ambitious vision and aptitude for R&B than what mainstream pop culture has typically afforded audiences. He takes distinct pride in being a technically sound and self-sufficient artist capable of handling the entire creative process, from the inception of an idea to the task of engineering a record, entirely on his own. A process he began learning to perfect while recording his early work. His exacting approach to the work of innovation is paired with an unflinching belief in the inevitability of his own success as an artist and in the art itself, which is inspired by personal experiences and intentionally crafted to reflect the beauty, rigor, and rhythm of everyday life.

The brevity of the widespread attention afforded by viral success imparted an understanding of how to prepare for the overwhelming weight of commercial success. A subsequent move to New York City at the age of 19 introduced the scrappy determination of a hustler that Gemaine has applied to the work of self-realization. Moreover, that short-lived brush with the spotlight afforded Gemaine an acute sense of clarity about his life’s purpose and the foresight to prepare for an inevitable return to center stage as a rising leader in the modern revival of R&B.

Gemaine’s unmistakable signature is the byproduct of a deep-seated desire to remind people of what R&B music is and where it first came from; both aspects of the genre’s origin story boil down to matters of the heart. For Gemaine that work begins with his love for the craft. Also, it extends to his knack for translating topics like lovemaking or heartbreak. He has the eloquence of a smooth operator and a keen ear for infectious sound.

The foundation of great storytelling and composition combined with fearless experimentation has set a high bar for Gemaine and the music that he is poised to deliver. Made for more than just monetization, Gemaine’s music is a painstakingly designed and perpetually urgent matter of the heart. 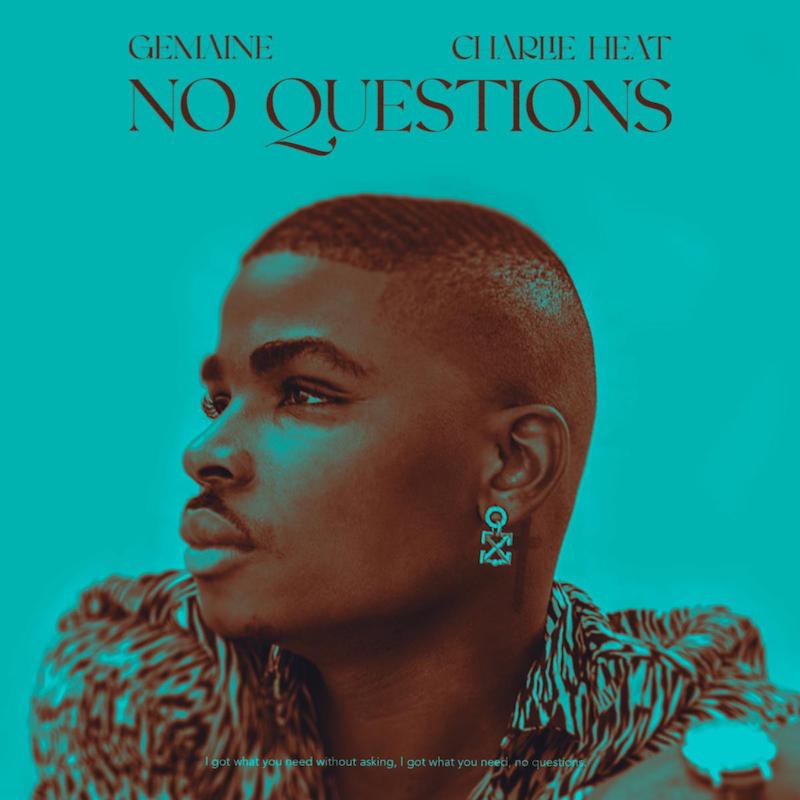 We recommend adding Gemaine’s and Charlie Heat’s “No Questions” single to your favorite contemporary R&B playlist. Also, let us know how you feel about it in the comment section below. Mel Blanc’s famous catchphrase, “That’s All Folks!” Thanks for reading another great article on Bong Mines Entertainment – the hot spot for new music. Furthermore, always remember that (P) Positive, (E) Energy, (A) Always, (C) Creates, (E) Elevation (P.E.A.C.E).