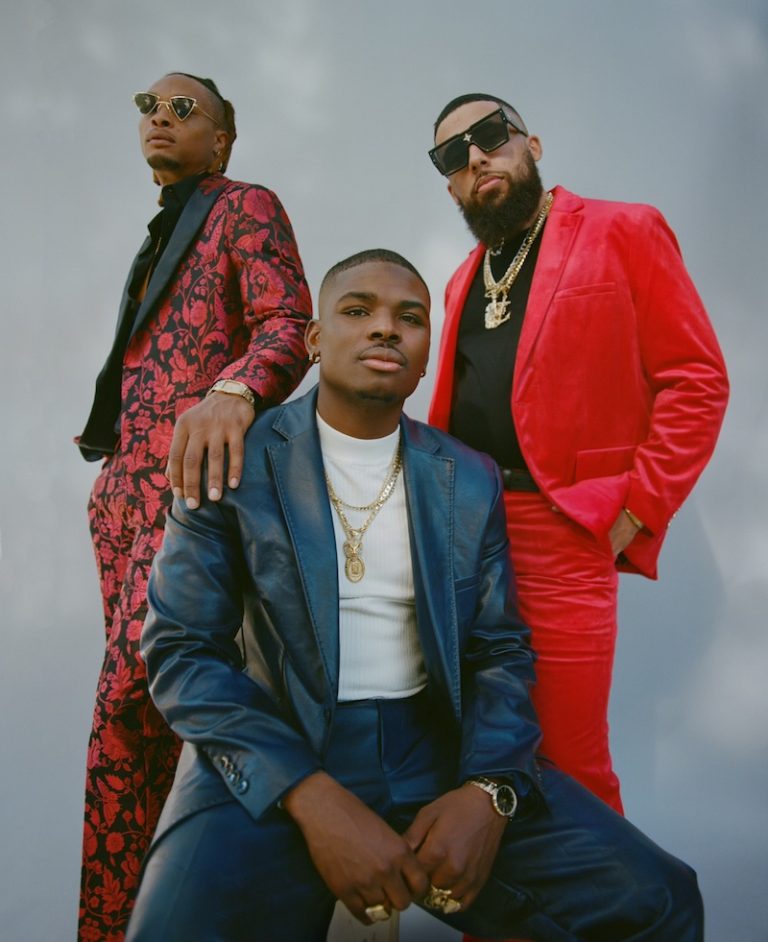 Gemaine is a rising Compton singer-songwriter from Los Angeles, California. Charlie Heat (Kanye West, Lil Uzi Vert, Madonna, Kehlani) is a super-producer from Woodbury, New Jersey. Not too long ago, they released an amazing new album, entitled, New Jack City, featuring Ymtk. To celebrate the project’s release, they shared an appealing music video for their “Giddy Up” single. The visuals find Gemaine and Charlie Heat embracing their fame and success while partying aboard a big rig rolling down the highway.

“When Charlie started playing those chords, the melody hit me immediately. ‘Giddy Up’ was the first lyrics that came to mind. The classical strings mixed with the playful melody I sang made me want to make a 2022 ‘Back That Azz Up’ with my own twist. Kendrick Lamar heard the song and inspired me to finish it after he complimented the contrast of how soulfully my voice sounded with the raunchy lyrical content.” – Gemaine explained

‘Giddy Up’ contains a relatable narrative and ear-welcoming vocals that will resonate well with fans of Chris Brown. The likable tune possesses melodic instrumentation flavored with commercial and contemporary R&B elements. Furthermore, “Giddy Up” is the third track on Gemaine & Charlie Heat’s New Jack City album.

“You can expect some fearless risk-taking, needle-moving type of music. We have all kinds of styles and flavors of R&B that really resonated with us. The album is like a playlist, both colorful and consistent and always having that real R&B signature to it.” – Gemaine explained

The 11-track project features previously released singles including “Conditional Love,” “Lay It Down,” and the intimate, “No Questions.” So far, the tracks have landed on DSP playlists including Apple’s Breaking R&B, Spotify’s Alternative R&B, Amazon’s Fresh R&B, and TIDAL’s Future Soul. Also, the album contains guest appearances from Guapdad 4000, Too $hort, and City James.

Furthermore, New Jack City was inspired by the 1991 gritty gangster film bearing the same name. Gemaine and songwriting partners, Charlie Heat and Ymtk, developed a spacious musical signature that lends cinematic flair to even the most effervescent jams with tender lyricism and unapologetic sex appeal.

We recommend adding Gemaine & Charlie Heat’s “Giddy Up” single to your favorite contemporary R&B playlist. Also, let us know how you feel about it in the comment section below. Mel Blanc’s famous catchphrase, “That’s All Folks!” Thanks for reading another great article on Bong Mines Entertainment – the hot spot for new music. Always remember that (P) Positive, (E) Energy, (A) Always, (C) Creates, (E) Elevation (P.E.A.C.E). Contact us on social media via Twitter, YouTube, Instagram, or Facebook, and let us know what’s going on. “Disclaimer: This post contains Apple TV and Apple Music affiliate links. When you buy through links on our site, we may earn an affiliate commission.