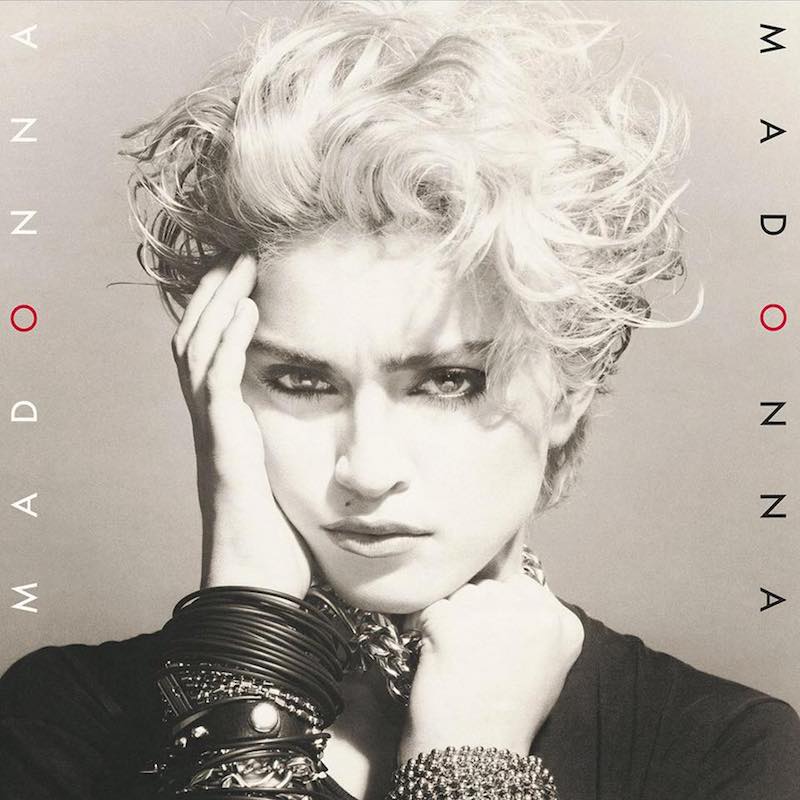 It’s hard to pinpoint the exact moment when Madonna became the international superstar she still is today. Was it with her MTV performance of “Like a Virgin”? Was it the Marilyn appeal of “Material Girl”? Her impressive vocals on “Papa Don’t Preach”? It doesn’t really matter as, by 1990, Madonna was clearly reigning supreme. 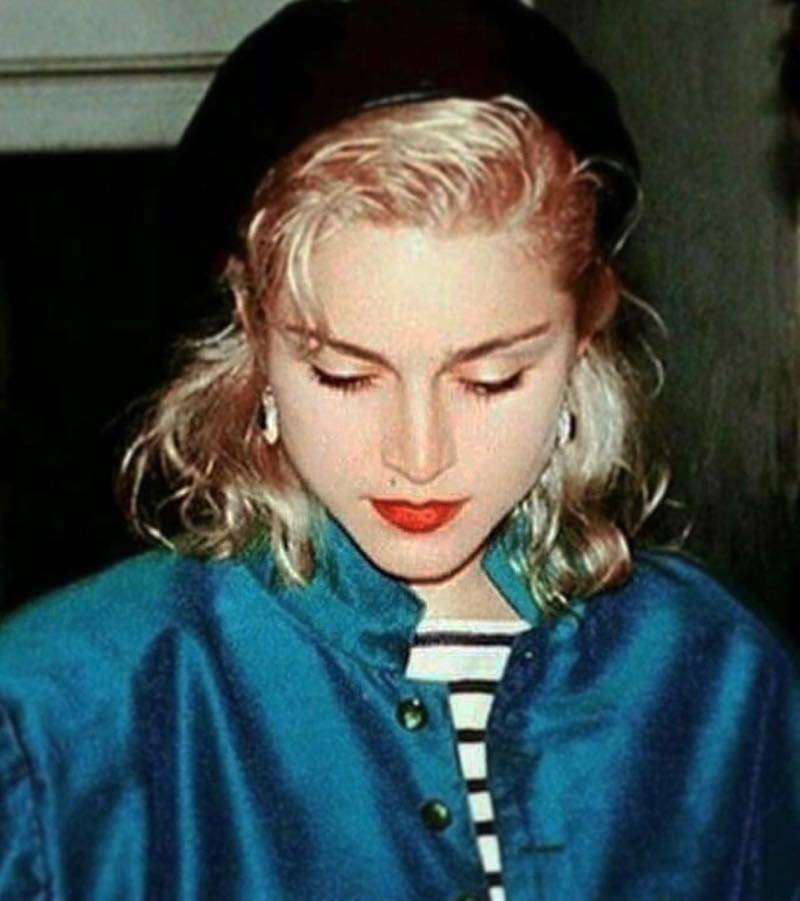 She wasn’t thought of as being anything else but a pop tart, a flash in the pan since her debut. In 1985, a magazine laughably predicted: “She’ll run out of business in six months.” Five years after that review, Madonna was already the most successful female artist of all time. Surpassing Linda Ronstadt, Diana Ross, and even Cher.

In 2020, Madonna had several big celebrations. In March, one of her best-selling singles, “Vogue”, celebrated 30 years. And in April, the “Blond Ambition Tour” reached the same age. Also, near the end of the year, we’ll be celebrating the same anniversary for the controversial, “Justify My Love”, and the greatest hits compilation, “The Immaculate Collection”.

It’s been 20 years since her single “Music” topped the charts internationally (including the U.S., her 12th chart-topper there). While the album with the same name also became a huge seller (it was her first U.S. no.1 since 1989’s “Like a Prayer”). According to Mentalfloss.com, “Madonna’s ‘Like a Prayer’ single is one of the most requested songs by karaoke enthusiasts.” You can find more details on sound-unsound.com.

But with so many anniversaries this year, if we really had to pick one or two to focus on, we’d have to go with the release of “Vogue” and the start of the “Blond Ambition Tour”. These two moments proved Madonna really wasn’t a flash in the pan, but a true artist. And like any other true artist, she’s a provocateur.

“Vogue” was initially written as the B-side for the last single off of “Like a Prayer”, the Top 10 hit “Keep It Together” that is mostly forgotten today. The result was much too good to become a B-side so it became the first single off of Madonna’s soundtrack album for DICK TRACY, called, “I’m Breathless” (also celebrating 30 years of release in 2020).

Inspired by the drag balls of the Latinx and African-American community, voguing suddenly went mainstream, and Madonna incorporated the dance into her routine. It became a dance craze that summer and the single went on to sell 2 million copies that year thus becoming the best-selling single of the year internationally.

Since then, the single has sold over six million copies and become a landmark of ‘90s music and aesthetics. The music video premiered on MTV just days after the single. While the first live performance of it couldn’t have been more appropriate as it was included in the setlist of the “Blond Ambition World Tour”. 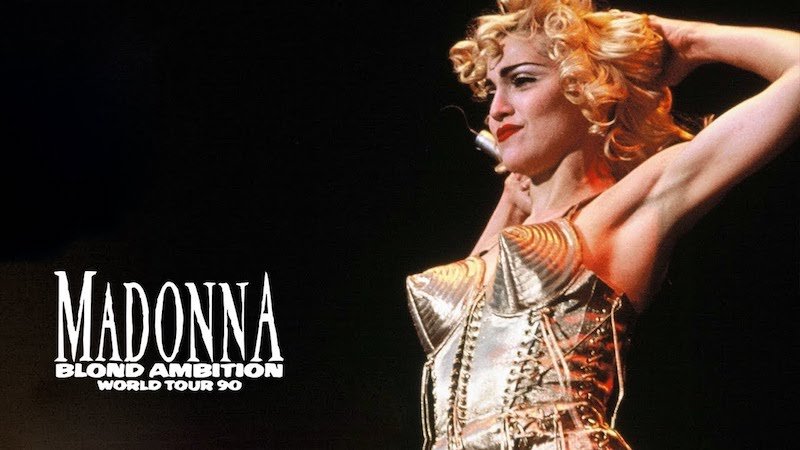 The “Blond Ambition World Tour” would come to define what a pop concert would look like for decades to come. Even today live performances, fashion shows, and movie moments are inspired by this tour. With this tour, Madonna became the most successful solo touring artist ever, behind only Michael Jackson.

It became the 12th highest-grossing tour of the 1990s. Rolling Stone magazine named it as one of the best tours of all time in a 2017 article. The setlist included some of her biggest hits to that point. “Holiday”, “Like a Virgin”, “Open Your Heart”, “Causing a Commotion”, “Like a Prayer”, “Express Yourself”, and “Vogue” among others.

Her costumes (which were created by the legendary Jean-Paul Gaultier) and her choreography became instantly iconic as they were gender-bending and represented powerful images of female emancipation. The cone bra Madonna wore during the tour is worth thousands of dollars now. 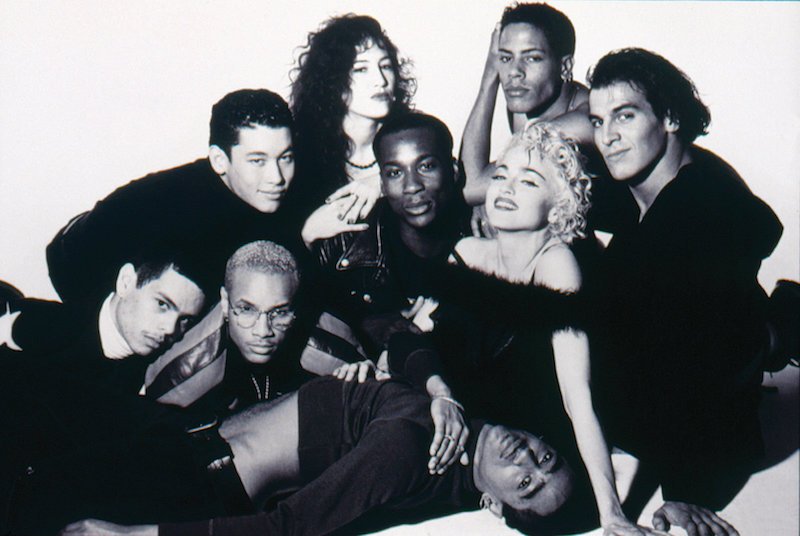 During the tour, Madonna was filmed backstage with her dancers. She met A-listers of the day (Antonio Banderas, Kevin Costner, Sandra Bernhard) while preparing for the show. Also, she presented her relationship with her then-boyfriend, Warren Beatty for a film called, “Truth or Dare”. It was the most successful documentary of all time until 2002.

If you feel like you long to escape, especially these days, turn up the volume on “Vogue”. Or watch the tour and the documentary and you’ll forget all about today’s problems.