GAYLE is a rising, chart-topping singer-songwriter and musician based in Nashville, TN. Not too long ago, she released an appealing visualizer for her “e-z” single featuring UPSAHL and Blu DeTiger.

‘e-z’ conveys an intriguing tale about young and naïve individuals who glorify their problems but never solve them. Apparently, they’re too busy acting as if they know it all – but in reality, they’re faking a lot of stuff and messing up their friendships along the way. Also, they’re too busy in life to feel connected, so they talk recklessly. Later, Blu DeTiger sings, “All I wanna do is please people, but they’re killing me. Got me crying over nothing, but at least I know that I’m hot. I’m tryna live for something, but really, I don’t know what.”

‘e-z’ contains the relatable narrative of being young and developing. The likable tune possesses electric guitar and drum-laden instrumentation flavored with an energetic alternative pop vibration. Furthermore, “e-z” is featured on GAYLE’s debut EP, entitled, “a study of the human experience volume one.” The project features her hit single, “abcdefu,” alongside its spirited follow-up, “ur just horny,” and the rocking tune, “luv starved.” The billion-streaming “abcdefu” has quickly proven a landmark debut for GAYLE, recently earning RIAA Platinum certification while standing tall at #1 at Top 40 radio outlets nationwide for three consecutive weeks. Also, “abcdefu” hit #3 on the Billboard Hot 100 (and is still holding in the top 10 at #7).

“‘e-z’ is my way of making fun of the way that people make fun of my generation. I’ve been obsessed with UPSAHL and Blu DeTiger for years and I’m so excited that we got to collaborate on this together.” – GAYLE explained

GAYLE is currently celebrating “a study of the human experience volume one” with a wide-ranging international live schedule that includes her largely sold-out feeling it together headline tour, special guest runs alongside AJR and Tate McRae, and her sold-out overseas debut performance. For remaining ticket availability and further information, please visit GAYLE’s website.

“When I first heard ‘e-z’ by GAYLE, I had the chorus melody stuck in my head for weeks. It was infectious, and I felt the lyrics of the song so hard. So when GAYLE asked me to jump on it, I was so excited to write my part. Three bada$$ women putting a song out together is really inspiring for me.” – UPSAHL stated

With just a few releases under her belt, UPSAHL has already proven herself as an artist to watch. Her second EP, “Young Life Crisis,” was crowned by Billboard as one of the Top 25 Pop albums of 2020, and her 2021 debut album, Lady Jesus, anointed the singer as one of People Magazine’s Talented Emerging Artists Making Their Mark in 2022. Also, UPSAHL’s co-writing has given her the opportunity to write for Dua Lipa, Madison Beer, Anne-Marie, and Little Mix.

“It was so amazing to be a part of this song with GAYLE and UPSAHL; they’re amazing songwriters, artists, and overall bada$$es. It was so fun to come together for this!” – Blu DeTiger stated

Blu DeTiger is a multi-instrumentalist, singer-songwriter, producer, DJ, performer, and bass virtuoso born and raised in New York City. In 2020, she released “Figure It Out,” which went viral in 31 countries, charted on AAA radio, and made NPR’s top 40 songs of the year list. Later, she followed with “Vintage.” Recently, Blu performed SNL with Bleachers, is appearing in Olivia Rodrigo’s new documentary on Disney+, and going back on tour this year (2022).

GAYLE – “a study of the human experience volume one” 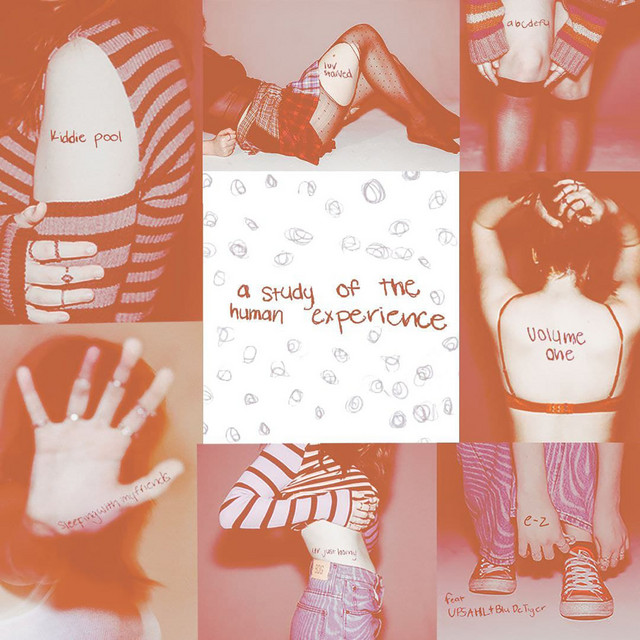 We recommend adding GAYLE’s “e-z” single to your favorite alternative pop playlist. Also, let us know how you feel about it in the comment section below. Mel Blanc’s famous catchphrase, “That’s All Folks!” Thanks for reading another great article on Bong Mines Entertainment – the hot spot for new music. Furthermore, always remember that (P) Positive, (E) Energy, (A) Always, (C) Creates, (E) Elevation (P.E.A.C.E). Contact us on social media via Twitter, YouTube, Instagram, or Facebook, and let us know what’s going on. “Disclaimer: This post contains Apple TV and Apple Music affiliate links. When you buy through links on our site, we may earn an affiliate commission.