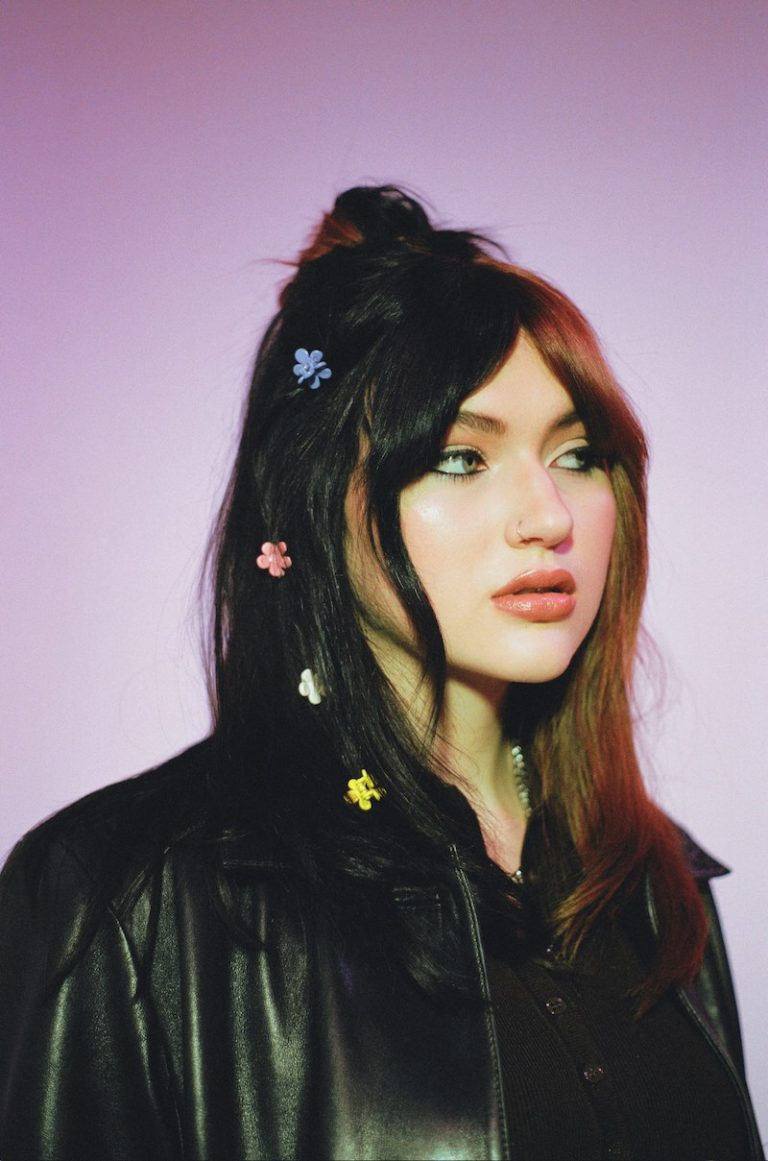 GAYLE releases an acoustic performance video for her “abcdefu” single

GAYLE is a rising 17-year-old singer-songwriter and musician based in Nashville, TN. Not too long ago, she released an acoustic performance video for her Atlantic Records debut single, entitled, “abcdefu.”

“This video is to honor the girl who played in her bedroom for a year-and-a-half.” – GAYLE stated

GAYLE has already garnered some of pop’s most influential playlists. Her “abcdefu” song continues to grow in streams every single week since its launch just over a month ago. The song serves as a glowing example of GAYLE’s gift for fusing raw sincerity with an idiosyncratic and sometimes irreverent perspective. With its minimalist backdrop of jagged guitar work, the tongue-in-cheek breakup song explodes into a glorious free-for-all at its gang-vocal-fueled chorus. Furthermore, “abcdefu” telegraphs GAYLE’s refusal to compromise her own needs. 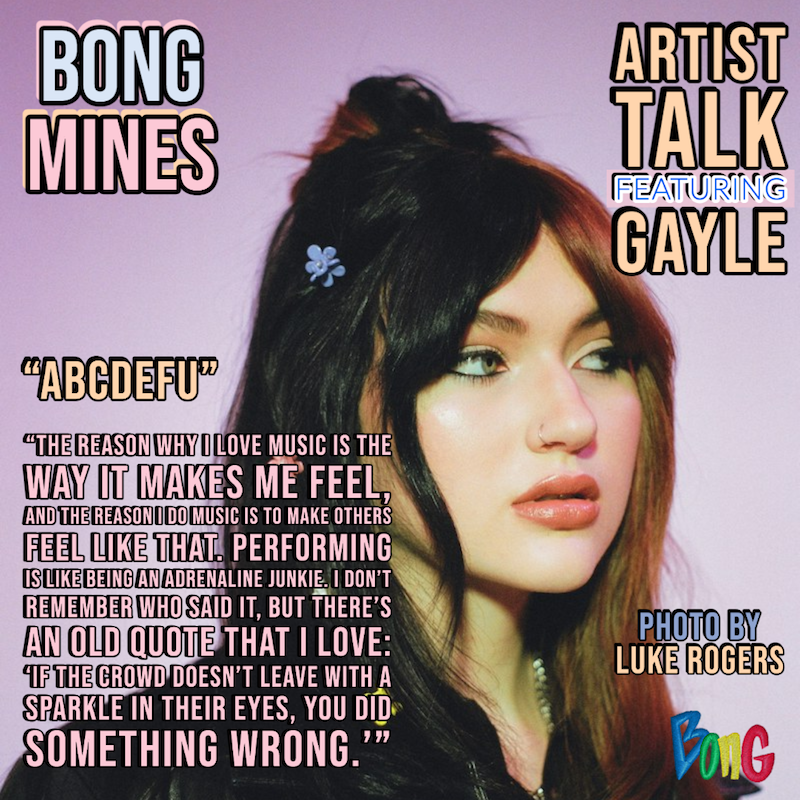 GAYLE celebrated the success of “abcdefu” with three other alternate versions: “abcdefu (demo),” “abcdefu (chill),” and “abcdefu (angrier).” Each version showcases a different side of the versatile song. So far, the original version, produced by Pete Nappi (Kesha, Anne Marie, Madison Beer, Illenium),  has amassed over 17 million global streams.

“F U and your mom, and your sister, and your job, and your broken-down car. And that stuff you call art. F U and your friends that I’ll never see again. Everybody but your dog, you can all F off!!! I swear I meant to mean the best when it ended. Even tried to bite my tongue when you start it. Now, you’re texting all my friends asking questions. They never even liked you in the first place.” – lyrics

‘abcdefu’ tells an honest tale about a young woman who shares a dilapidated relationship with her significant other. Apparently, she was once head-over-heels in love with her partner, but now, that love has evaporated. When her companion asked for space, she gave it. When she had nothing to say, her partner told everyone that she was a b*tch, so she became it. And that’s when she realized that she wasn’t going to play nice anymore.

“Dated a girl that I hate for the attention. She only made it two days, what a connection. It’s like you’d do anything for my affection. You’re going all about it in the worst ways.” 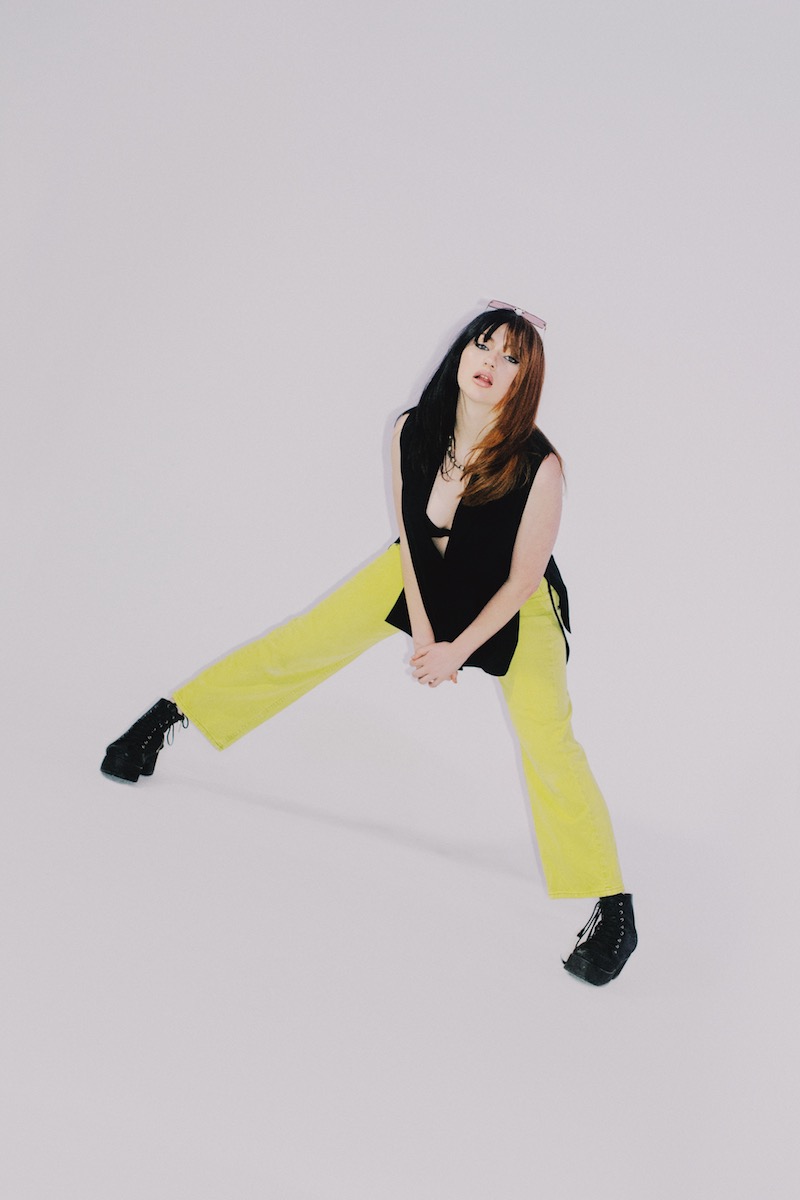 “When I put my part of my soul in a song and someone allows it to reach theirs, the goal is for us to have soul sex. It’s intimate, vulnerable, and true. The reason why I love music is the way it makes me feel, and the reason I do music is to make others feel like that. Performing is like being an adrenaline junkie. I don’t remember who said it, but there’s an old quote that I love: ‘If the crowd doesn’t leave with a sparkle in their eyes, you did something wrong.’” – GAYLE sexplained

Along with the new versions of “abcdefu,” GAYLE has announced that she will serve as support on the upcoming Winnetka Bowling League tour. By embracing her inhibitions, whether performing on stage or writing at Trimble House, GAYLE has found the passion music gives her and the satisfaction in passing it on.