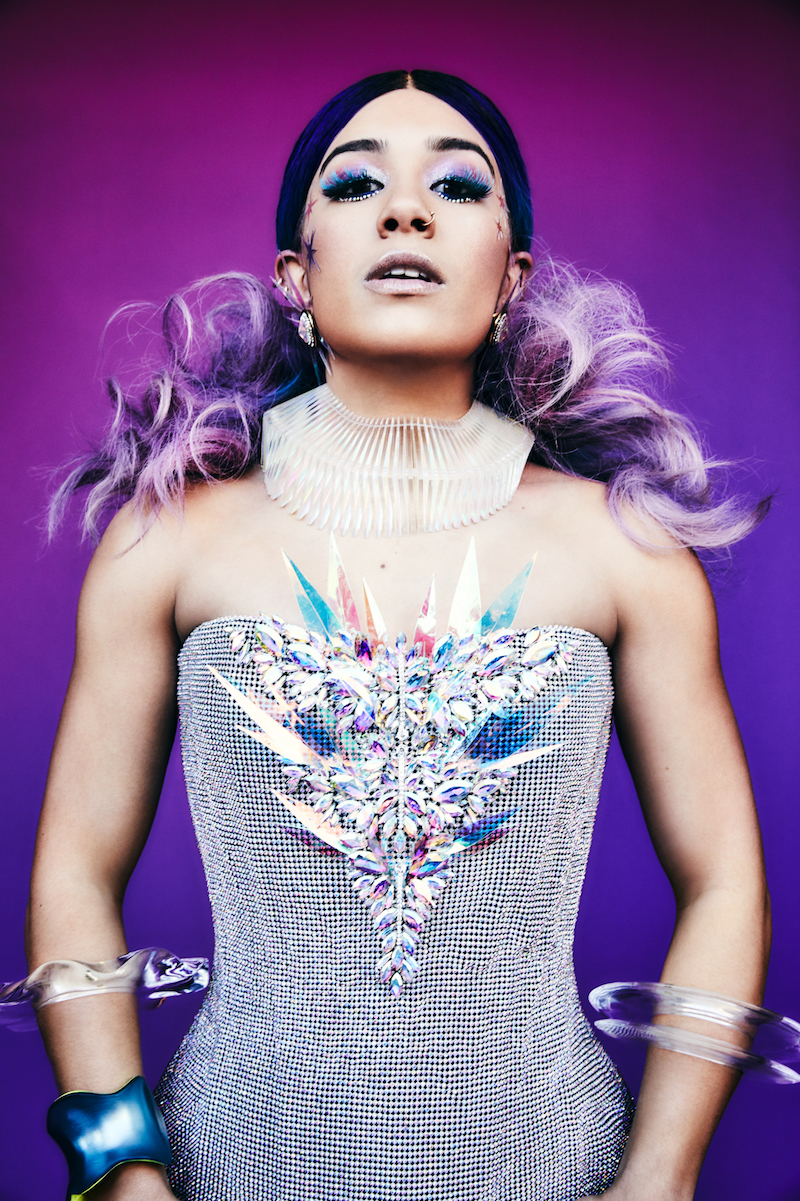 GALXARA (pronounced • gal-ex-ara) is a Miami-born singer-songwriter based in Los Angeles, California. Not too long ago, she released a lyrical visualizer for her “I Miss The Days” single featuring acclaimed future funk duo, Party Pupils, and French-born, Tokyo-based producer, Vantage (best known for his viral disco-pop smash, “50//50”.

“Surprisingly, I wrote ‘I Miss The Days’ about two years ago and I never imagined it would be what it is now. When I heard that Party Pupils wanted to work on this song with me, I was so excited because they have a future-funk style of production and it’s just such an interesting flavor. Eventually, we also got the really dope artist/producer Vantage involved to really solidify the production (he killed it). And that’s when I realized how important this song is to me.” – GALXARA stated

GALXARA paved the way for “I Miss The Days” with last week’s premiere of an exclusive cover of Party Pupils’ “Love Me For The Weekend” with Ashe. Also, the song was heralded with an exclusive teaser from top TikTok influencer, Dylan Lemay (@djlemay2), earning over one million views thus far.

The mesmeric tune contains a nostalgic narrative, pleasing vocals, and tuneful melodies. Also, the dancefloor-friendly tune possesses groovy instrumentation flavored with electro-pop, dance, and EDM elements. Furthermore, “I Miss The Days” is a fantastic presentation to what listeners can expect to hear from GALXARA in the near future as she continues her claim to fame.

“I miss the days when I didn’t miss you.”

“This song feels like it truly illustrates the emotions a lot of people, including myself, have been feeling during these unprecedented times. ‘I Miss The Days’ is about reminiscing and reliving our past memories on what life was like when we could all be close to each other and hug, kiss, dance, and have fun without the fear of something bad happening. You get to step outside of reality and experience the fantasy in this song and I’m so excited for people to hear what we’ve all created together!” – GALXARA stated

Although her name and style evoke the heavens, GALXARA hails from far humbler roots. The artist, born in Miami, grew up in Orlando, Florida with her Nicaraguan mother and an American father. Both of whom were constantly blending the styles and genres of music of both backgrounds. Growing up in such an environment, GALXARA took an interest in music early on.

She began singing as soon as she could formulate a sentence and took up piano at age seven, compelled by the way a song could stir emotion and transform the mood. After many years of competing in small local talent competitions, GALXARA finally caught the eye of an A&R at Atlantic Records. As she recalls, she had only been writing original songs for about a year prior to that. Shortly afterward, she realized the importance of being a songwriter and having the ability to write your own music.

“I miss the way you held me close.”

“Took a quick break from new Vantage music to work on this with GALXARA and Party Pupils. And super excited by how it came out. Can’t wait for everyone to hear it!” – Vantage stated

Since signing with Atlantic Records, GALXARA has been writing and recording songs for her debut album. She wants to create music that surges with confidence, which tells the listeners to be themselves no matter what. Her songs are bold because she herself is bold, as you can hear on her debut single, “Waste My Youth”.

“I often try to remind myself that I won’t be this young forever. It’s such a cliché, but you really are only young once. So whatever or whoever you choose to waste your youth on, do it with no fear. Have no regrets. Don’t waste time on things that are petty or negative. Be happy and appreciate the love and life around you. People will always have assumptions, but ‘Waste My Youth’ isn’t about me spending my time on any one specific person, it’s about every moment I’ve spent and will one day spend feeling unregretfully fearless.” – GALXARA stated

‘Waste My Youth’ is a hint of what’s to come from GALXARA, an artist who brings with her an interest in all things celestial, futuristic, and vast. She’s interested in unanswerable questions and the possibilities of something limitless. But ultimately GALXARA is a young woman who delivers everything straight from the heart.

Saweetie & GALXARA – “Sway With Me” (Birds of Prey: The Album) music video

“Although GALXARA is fantastical, she’s still me. She’s not a character. Instead, she’s the person I choose to be.” – GALXARA stated

GALXARA is among the incredible female artists featured on BIRDS OF PREY: THE ALBUM, Atlantic Records’ star-studded, all-female musical companion to the blockbuster film from Warner Bros. Pictures. “Sway With Me”, performed by Saweetie and GALXARA, is joined by a colorful companion video now boasting more than 16 million views via YouTube alone. 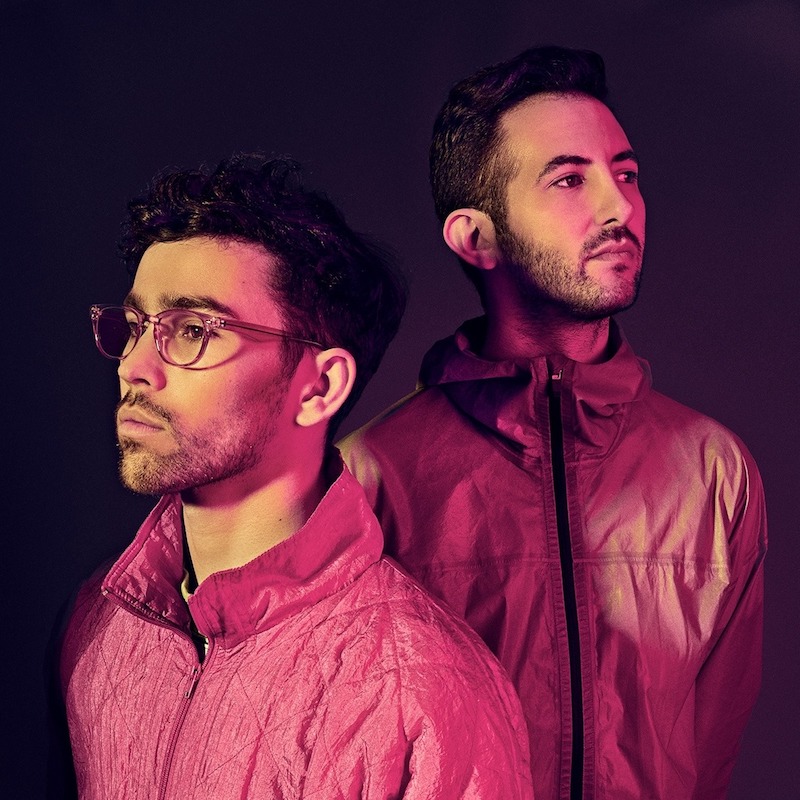 “It’s always an ideal situation to link up with a singer-songwriter that seems perfectly fit for our style of production. And Galxara is exactly that. When we heard her vocal demo of ‘I Miss The Days’ we just knew we had to get involved. Her voice is so powerful and so emotional. It was truly a pleasure working with her on this song.” – Party Pupils stated

Party Pupils consists of pop star MAX (Max Schneider) and producer Suave Yung Blanc (Ryan Siegel). The pair make slick, weekend-ready dance tunes showcasing MAX’s powerful, sexually charged vocals. Their repertoire includes reinterpretations of pop hits like Montell Jordan’s “This Is How We Do It”, official remixes for Bebe Rexha, Chromeo, and Jai Wolf. As well as original singles like “Love Me For The Weekend” with Ashe and “Bite My Tongue.”

Party Pupils formed in 2016, around the time MAX released his breakout solo album, HELL’S KITCHEN ANGEL. The duo went viral out of the gate with their exuberant remake of OutKast’s “Ms. Jackson”, and a subsequent take on Ginuwine’s “Pony”. The duo signed to Steve Aoki’s Dim Mak Records in 2018 and penned a series of catchy originals including “Sax on the Beach”, Ashe collaboration “Love Me for the Weekend,” and “West Coast Tears” featuring Gary Go. Since then, they have secured bookings around the globe including slots at Electric Forest, Firefly, Camp Bisco, and Mexico’s Hellow Festival. Fancying themselves as future-funk heads, they’ve smoothly navigated their way into an influential position within the subgenre, mixing their dreamy vocals with live instrumentation and non-stop party vibes.

“I Miss The Days” single 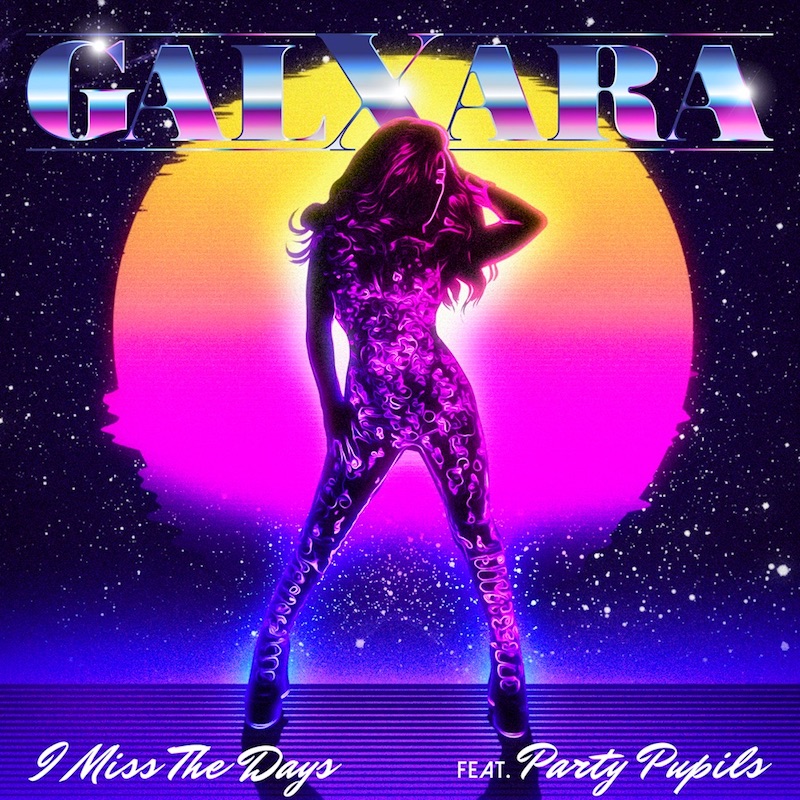 We recommend adding GALXARA’s “I Miss The Days” single to your personal playlist. Also, let us know how you feel in the comment section below.