Francisco Martin is an LA-based Filipino-American singer-songwriter and producer from San Francisco, California. Not too long ago, he released a spectacular music video for his romantic pop single, entitled, “KISSING ON A BALCONY.”

“This was the first video we filmed for the EP, so we wanted to have fun with it. Even though it’s more of a playful straight-forward video, pay attention to some Easter eggs that build a bigger concept that ties to the rest of the EP.” – Francisco Martin explained

‘KISSING ON A BALCONY’ contains an adoring, love-based narrative, pristine hooks, and ear-pleasing vocals that will resonate well with fans of Bruno Mars, The Weeknd, and Ed Sheeran. The frisky, delicately-textured tune possesses clever rhythmic instrumentation flavored with contemporary and electro-pop elements. Also, “KISSING ON A BALCONY” follows mildly on the heels of the pounding, anthemic tune, entitled, “Nobody Listens To Me!”

Francisco Martin – “Nobody Listens To Me!” music video

“‘Nobody Listens To Me!’ is an anthem for people who feel like they’re lesser than. Validation and acceptance is something our generation struggles with, and I wanted to showcase that in the new music video.” – Francisco Martin explained

The Alexey Figurov-directed video finds Francisco Martin railing against a suffocating environment. He uses his music to break free from outside pressures and constraints. Also, “Nobody Listens To Me!” is brimming with dreamy electro-pop ambiance, angry and angular guitars, pounding beats, and get-it-off-your-chest songwriting.

“I love the way you make me feel like I’m alive.” 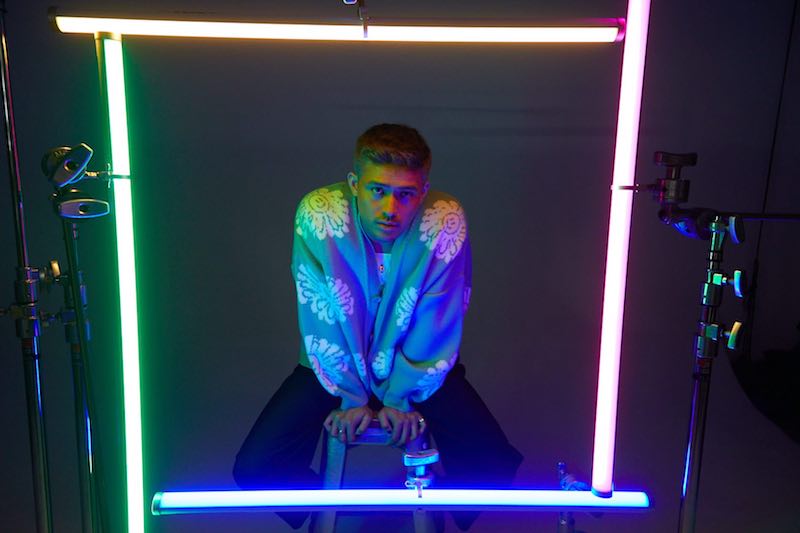 After his first-ever tour, and a clutch of well-received singles, Francisco Martin realized he had an all-consuming yearning to be his authentic self in his music. To that end, he worked feverishly in his apartment at all hours of the night while facing complaints from the neighbors. Now, he emerges with his first true artistic statement, the upcoming EP, entitled, “Manic,” available on July 22, 2022. The six-song project contains a bold collection of emotionally-raw pop-rock tunes.

Francisco’s dreamy falsetto and robust belting are present throughout “Manic,” but the songs themselves represent a new era of liberated creativity. The release bursts with dynamic musicality – stately balladry, cathartic, grungy aggression, catchy EDM, and moments of soulful serenity. Throughout the EP, Francisco bravely shares personal reflections on mental health, relationships, angst, and human disconnection in the age of connection. 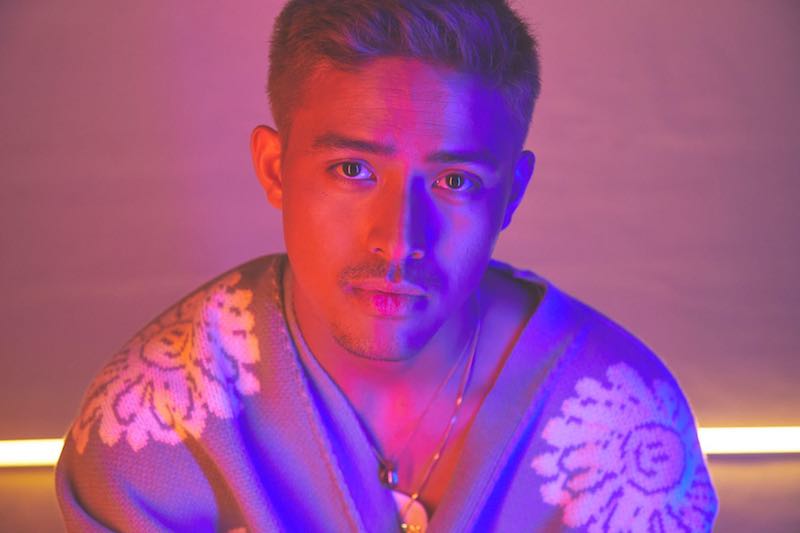 “This EP is close to my heart. I know it’s a risky move, but this is my truth. As long as I am an artist, I will continue to push the limits. I am not afraid to share what is in my heart with brash honesty. I want to push boundaries. People see one version of me, and I want them to see all of me. I am ready to come out of my shell as an artist and show who I really am as a person.” – Francisco Martin explained

‘Manic’ was made during a three-month pause after Francisco Martin was thrust into the public eye. The project was created by Martin and his co-producer/good friend, Nick Sarpa, in Francisco’s apartment studio setup. The sleekly sensual EP is lavished with electro-textures, rugged beats, and crystalline piano. Also, the project contains ultra-catchy pop hooks, sexy pop, and moments of yell-in-the-deep-valley catharsis.

‘Manic’ has been a transformative journey of reclamation for Martin as he unapologetically shares his true artistic self with the milestone release. The EP is raw, relatable, and, most importantly, real. Martin says: “This EP is something I cherish—I found my path with this one.” 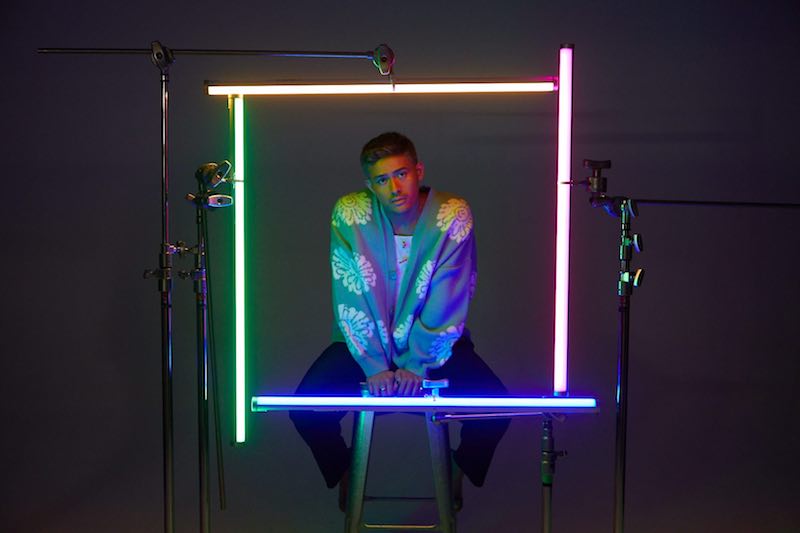 Martin first shot to fame with American Idol season 18 in 2020 where he placed Top 5. From there, he quickly released a few singles before embarking on a fall coast-to-coast tour. His heart-on-sleeve soulful pop has garnered favorable comparisons to songwriter artists such as James Bay, John Mayer, Maggie Rogers, and Ed Sheeran. To date, Martin has released several hit singles, including “Swollen,” which has amassed close to eight million streams across all DSPS (six million on Spotify).

Martin was born and raised in a musically fertile household. His father was a fan of rock bands, his mother favored singer-songwriters, and his brother loved soul music. At the age of nine, Martin started singing and playing drums before going on to master guitar, piano, and several additional instruments. In high school, he became enamored with self-producing renditions of his favorite songs and posted those on SoundCloud where he became a buzzed-about local artist.

“KISSING ON A BALCONY” single 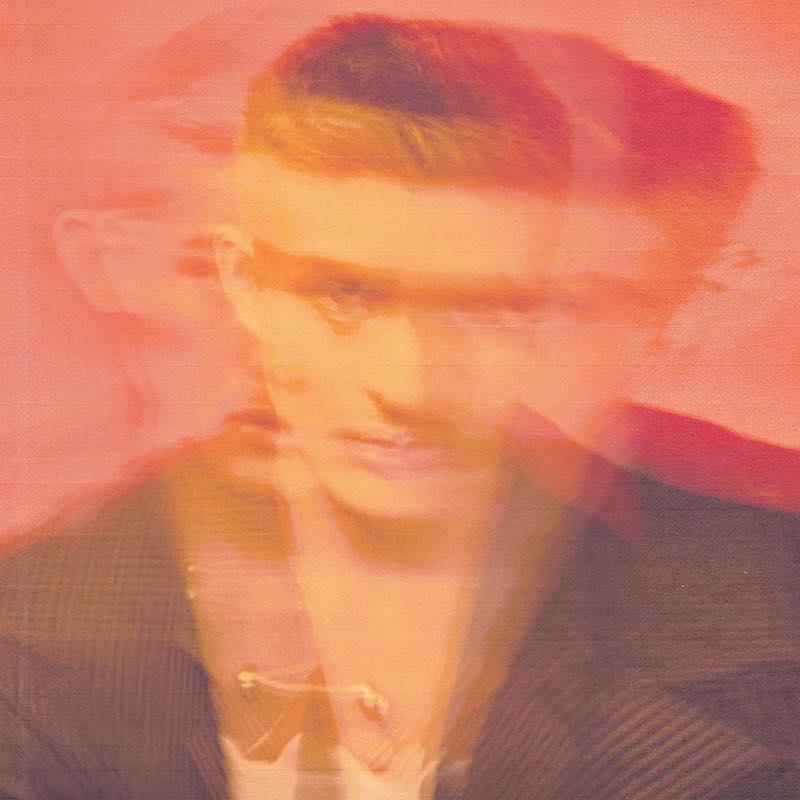 We recommend adding Francisco Martin’s “KISSING ON A BALCONY” single to your favorite electro-pop playlist. Also, let us know how you feel about it in the comment section below. Mel Blanc’s famous catchphrase, “That’s All Folks!” Thanks for reading another great article on Bong Mines Entertainment – the hot spot for new music. Always remember that (P) Positive, (E) Energy, (A) Always, (C) Creates, (E) Elevation (P.E.A.C.E). Contact us on social media via Twitter, YouTube, Instagram, or Facebook, and let us know what’s going on. “Disclaimer: This post contains Apple TV and Apple Music affiliate links. When you buy through links on our site, we may earn an affiliate commission.