Era Istrefi is an award-winning, Kosovo-Albanian singer-songwriter, born and raised in Pristina. Not too long ago, she released an attractive music video for her “Tkrkt” single. The Tati.tv-directed visual finds Era and her friends partying at Bling, an exclusive nightclub in Dubai. Special guests include Neechen, Ariane, Victoria, Ikom Boy, Elena, and Simon Desue.

‘Tkrkt’ tells a fascinating tale about a sexy young woman who decides to go out partying with a few of her friends. Apparently, she wants to take a break from her busy schedule to relax and have fun. Also, she’s feeling a tad bit naughty but doesn’t want to take any photos with anyone. Later, she admits in a high-class way, “This p**** is very expensive. If you are not the boss, do not approach me.”

The Fati.tv-directed video finds an elegantly clothed  Era Istrefi performing inside an exclusive area filled with antique, high-value art. The next scene finds her inside a high-profile club, on top of a plush leather sofa wearing a tight and sexy neon outfit. The attire doesn’t stay on her for too long because she has a change of clothes in the next scene. Viewers get to see Istrefi and several mask-wearing dancers perform an eloquent sequence under an array of spot-and-flashing lights. 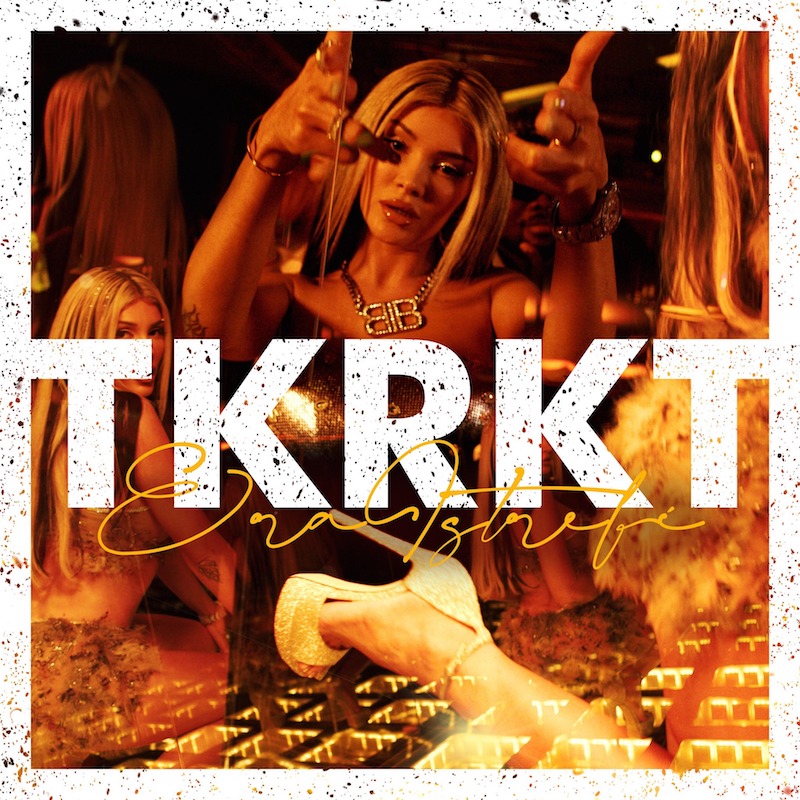 We recommend adding Era Istrefi’s “Tkrkt” single to your favorite Albanian pop playlist. Also, let us know how you feel about it in the comment section below. Mel Blanc’s famous catchphrase, “That’s All Folks!” Thanks for reading another great article on Bong Mines Entertainment – the hot spot for new music. Always remember that (P) Positive, (E) Energy, (A) Always, (C) Creates, (E) Elevation (P.E.A.C.E). Contact us on social media via Twitter, YouTube, Instagram, or Facebook, and let us know what’s going on. “Disclaimer: This post contains Apple TV and Apple Music affiliate links. When you buy through links on our site, we may earn an affiliate commission.