DON XHONI is a Kosovo-Albanian rapper. Era Istrefi is an award-winning, Kosovo-Albanian singer-songwriter, born and raised in Pristina. Not too long ago, they released a must-see music video for their “Hala” single, produced by Çelik Lipa. The song is about a couple who shares a perplexing relationship. Apparently, they desire to know if they are still in love with each other or not.

The Entermedia-directed video finds DON XHONI escaping prison via an underground tunnel. Later, he shows up in an elegant gentleman’s club, where he sees Era Istrefi pole dancing on stage. DON starts flirting with Era while she is working. The club owner isn’t happy about that, so he orders his security guards to usher DON out of the club. Unfortunately for them, DON beats them up badly. Later, he locks the club owner in the trunk of his white vehicle. Seconds later, he drives away from the club with a happy Era seated in the passenger seat. 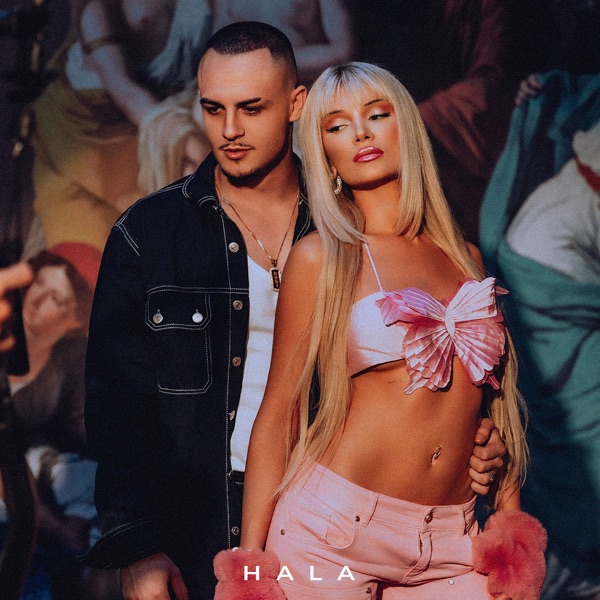 We recommend adding DON XHONI & Era Istrefi’s “Hala” single to your favorite Albanian pop playlist. Also, let us know how you feel in the comment section below. Mel Blanc’s famous catchphrase, That’s All Folks! Thanks for reading another great article on Bong Mines Entertainment – the hot spot for new music. Always remember that (P) Positive, (E) Energy, (A) Always, (C) Creates, (E) Elevation (P.E.A.C.E). Contact us on social media via Twitter, YouTube, Instagram, or Facebook, and let us know what’s going on. Disclaimer: This post, contains affiliate links, and we may be compensated if you make a purchase through links on our website.