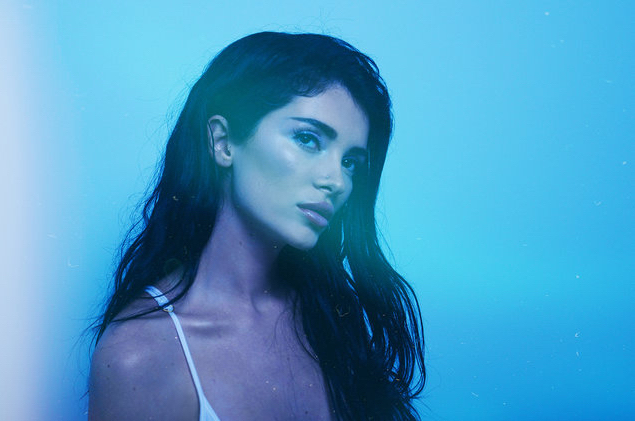 Era Istrefi is a popular Albanian Kosovar singer-songwriter. Not too long ago, she released a music video for “Prisoner”, a poppin’ reggae tune produced by Maor Levi.

The video finds Istrefi driving a white vehicle. She drives over to a checkpoint, which is guarded by several armed soldiers. One of the men signals for her to pull over and she does. After rolling down her window, the man is caught off guard by her natural beauty. So he signals for her to continue on her merry way.

Shortly afterward, when they are at a safe distance, a man with dreadlocks, Shepherd Sheldon, uncovers himself in the backseat. Later, he makes his way into the passenger seat and counts dirty money. The roles are reversed, and while Sheldon is driving, Istrefi is on the hood making it rain with cash.

The following scenes find them enjoying life, and at other times, arguing. But they manage to keep their relationship going strong. In the end, after an armed standoff with a determined soldier, they escape in a cop car. Apparently, Istrefi used her weapon, and now they’re on the run and they ain’t taking no prisoners.

“I grew up listening to reggae records. So when I heard a demo of ‘Prisoner’, written by Emily Warren and Scott Harris, I felt the song is so relatable to me. With just incredible melodies and lyrics I identify with. It has emotional levels that take me to both happy and melancholy places while being authentically reggae, which I love.” – Era Istrefi stated about the song

“Prisoner” is a great reggae tune dripping with hot tropical and spicy dance sauces. A perfect summer anthem with a nostalgic island vibe. Therefore, we recommend adding it to your personal playlist. In conclusion, Era Istrefi is the daughter of Albanian singer, Suzana Tahirsylaj. She rose to global success with her signature genre-bending sound, which has generated millions of streams and over half a billion views on YouTube.