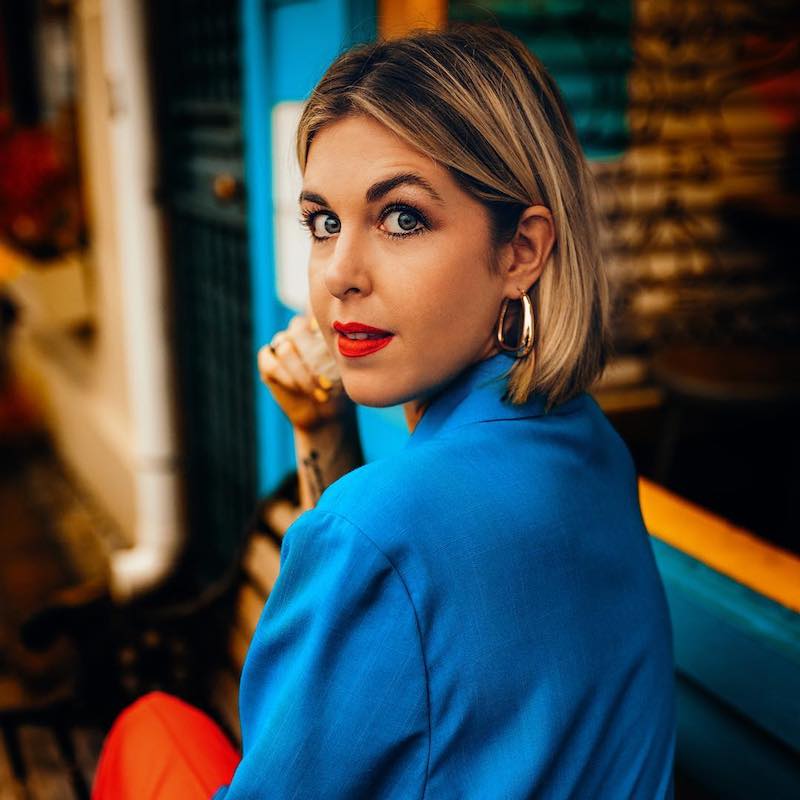 Emily Chambers is a Nashville-based singer-songwriter from Vancouver, BC. Not too long ago, she released a music video for her “Left Alabama” single.

“I wrote this song when I was driving from New Orleans to Nashville (where I now live) for the first time. I had started the second leg of my first US tour in my 1983 Dodge Camper Van. My bandmate had just left for another tour and I was on my own for the first time. It was an incredibly freeing feeling. Earlier that same year I had quit my day job working in insurance to do music full time, bought said camper van, and planned this tour. I manifested that exact moment; it was badass.” – Emily Chambers

Chambers, a charismatic entertainer, took some time out of her busy schedule to talk to us about her new audiovisual filmed for her “Left Alabama” single.

What was the inspiration behind “Left Alabama”?

EC: I wrote this song when I was driving from New Orleans to Nashville on my first US tour. I was reflecting on all the magic that had just gone down in NOLA, so naturally, I wanted to film the video for this in that magical city.

What does the video mean to you?

EC: This video means a lot to me. “Left Alabama” is the first single I have released since my EP in 2016. I have done a lot of growing musically and otherwise since then. I have a much clearer idea of my artistic vision and this video is an awesome reflection of that.

How long did it take to record?

EC: We shot this video in one day, over the span of 6 hours. We used one camera and there was me, one director, and a DOP.

How was the recording process?

EC: Making this video was super fun. I had sent Ricardo a mood board and he created a video treatment, but we kind of just gorilla styled it. We drove around the city, stopping at various locations we had in mind. Sometimes, we would just see something and stop to film. I changed outfits in the back of a car.

How do you feel the music video represents the song?

EC: The song is light and playful and that’s exactly how I wanted the video to feel—easy in the big easy. I think we nailed it.

“Left Alabama to see Tennessee. Just spent two weeks down in New Orleans. The final destination will be NYC, then home to you. I’ve been out of danger but never out of trouble. That’s how I like it. If you don’t talk to strangers you’ll never fall in love, with all the love this world has got.” – lyrics

We recommend adding Emily Chambers’ “Left Alabama” single to your personal playlist. Also, let us know how you feel about it in the comment section below.