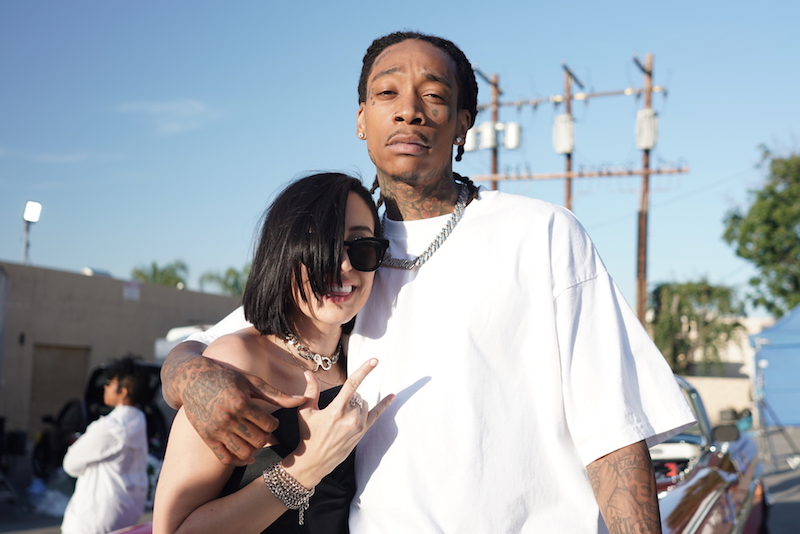 Elohim is an artist and producer based in Los Angeles, California. Not too long ago, she released a music video for her “FYM” single featuring Wiz Khalifa.

“I flew in from tour for 24 hours to shoot this video and it was the best experience. Such an amazing team and Wiz is the kindest soul. Sharing love and light is my goal in life, being surrounded by it is a special surprise.” – Elohim

The Steve Mertens-directed audiovisual finds Elohim dwelling in an animated floral realm with a variety of fresh flowers.

Later, Wiz Khalifa drives her in an old-school automobile through a fancy neighborhood. Also, bouquets of white flowers are planted in the backseat.

Shortly afterward, the vehicle drives itself while Khalifa stands in the driver’s seat and raps an introspective verse.

“My Mom always told me we were rich in love instead of money. It never made sense until now. Love is completely invaluable and the reason we are all here. I am grateful to have Wiz on this record. He embodies a true icon that is full of love.” – Elohim

This spring, Elohim debuted a stripped-back set with just her at a piano accompanied by a string quartet at a run of L.A. and N.Y.C. intimate shows.

She followed with a North American tour with Blackbear, which just wrapped. Also, she played festivals such as Lightning in a Bottle Hangout Fest and Governor’s Ball.

We recommend adding Elohim’s “FYM” single to your personal playlist. Also, let us know how you feel about it in the comment section below.