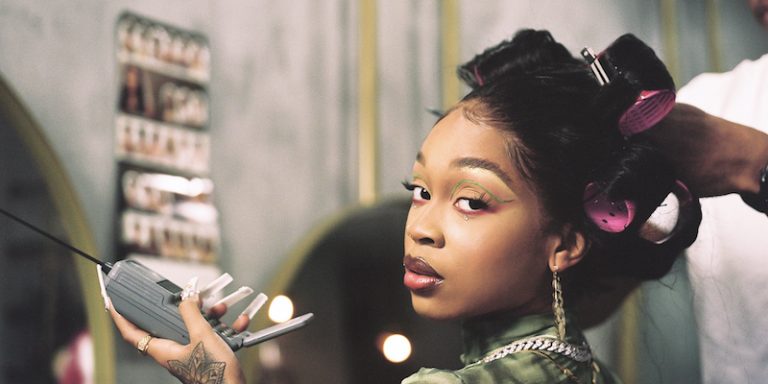 Ebhoni releases an appealing music video for her “X-Ting” single

Ebhoni is a 21-year-old singer-songwriter from Toronto, Canada. Not too long ago, she released an appealing audiovisual for her “X-Ting” single.

“My ex ting calling, said he ready to put the hoes to the side. But when they callin’, I can watch him decline. Say it’s me he want for lifetime. My ex ting callin’, you see me I run his mind. Wishing he can go back in time, go press rewind. My next ting calling, now should I press decline? Rum got me drunk out my mind. Nah bodda mi have a good time.” – lyrics

‘X-Ting’ tells an intriguing tale about a desirable young woman who recently separated from her significant other. Apparently, she’s in the process of transitioning from that failed relationship into something new with an individual who treats her better than her ex did. Later, she admits that her ex is a waste-man, and she will never allow him to waste her time ever again.

The BBY Chris-directed music video finds Ebhoni and her friends inside a hair salon. While there, she reaffirms to her ex (and the viewing audience) that her glow-up is real.

We recommend adding Ebhoni’s “X-Ting” single to your favorite playlist. Also, let us know how you feel in the comment section below. Mel Blanc’s famous catchphrase, “That’s All Folks!” Thanks for reading another great article on Bong Mines Entertainment, and always remember that (P) Positive, (E) Energy, (A) Always, (C) Creates, (E) Elevation (P.E.A.C.E).