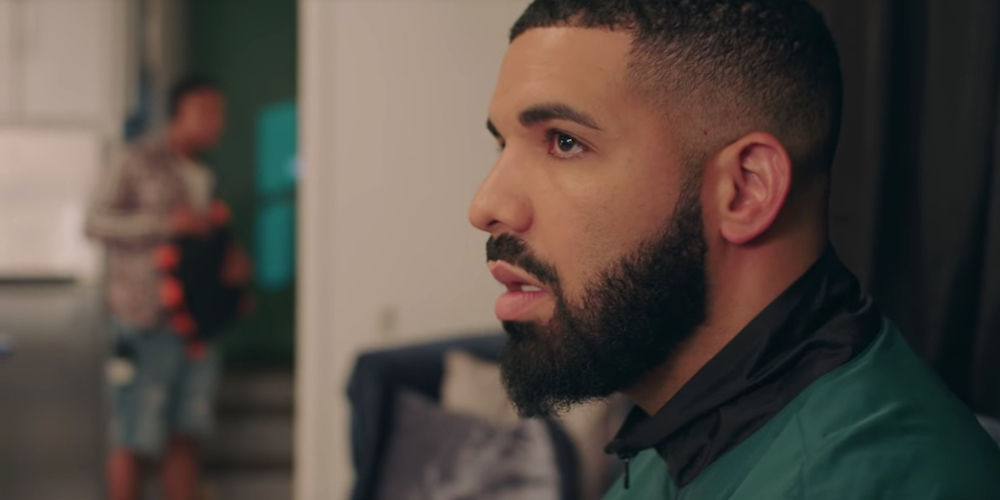 Drake is a popular Canadian emcee. Not too long ago, he released a cinematic music video for “In My Feelings”, a hit single from his “Scorpion” album.

Drake – “In My Feelings”

“Look, the new me is really still the real me. I swear you gotta feel me before they try and kill me. They gotta make some choices they runnin’ out of options. ‘Cause I’ve been goin’ off and they don’t know when it’s stoppin’. And when you get to toppin’, I see that you’ve been learnin’. And when I take you shoppin’, you spend it like you earned it. When you popped off on your ex he deserved it. I thought you were the one from the jump that confirmed it.”

The Karena Evans-directed video finds Drake exiting a luxury SUV. He walks over to a colonial home and throws stones at an upstairs’ window.

La La Anthony (Keke) comes to the window and converses with Drake as he confesses his love for her. But she isn’t buying what he’s selling. The fact that he’s willing to give her the passcode to his phone so she can delete all the other females’ data isn’t enough.

To make matters worse, Phylicia Rashad (Keke’s mother) wants him to remove himself from her front lawn. She wants him to leave, and she adds, “Don’t forget to go when you leave.” She exits. Drake fronts like he’s leaving but sneaks back and converses with La La. He invites her to an event he’s having. Apparently, it’s a spot where they used to hang out.

Rashad pops back in the picture and Drake fronts like he’s looking for his contact lens. He finally leaves for real this time and the music video begins.