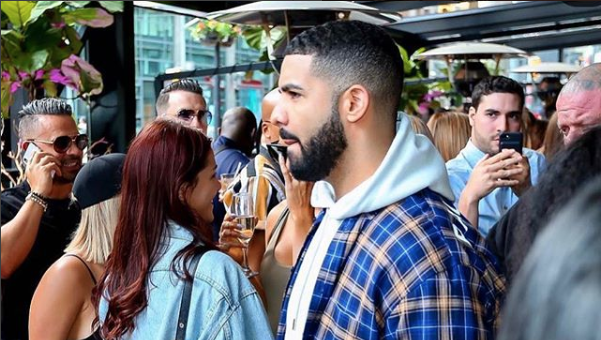 Drake is an iconic rapper from Toronto, Canada. Not too long ago, he peppered rapper Pusha T with a spicy diss track, entitled, “Duppy”, a Jamaican jargon for a ghost.

“I could never have a Virgil in my circle and hold him back ’cause he makes me nervous. I wanna see my brothers flourish to their higher purpose. You ni^^as leeches and serpents. I think it’s good that now the teachers are learning, yeah. Your brother said it was your cousin then him, then you. So, you don’t rap what you did, you just rap what you knew. Don’t be ashamed, it’s plenty ni^^as that do what you do. There’s no malice in your heart, you’re an approachable dude.”

“The game’s f*cked up. Ni^^as beats is bangin’, ni^^a, ya hooks did it. The lyric pennin’ equal the Trumps winnin’. The bigger question is how the Russians did it. It was written like Nas but it came from Quentin. At the mercy of a game where the culture’s missing. When the CEO’s blinded by the glow, it’s different. Believe in myself and the Coles and Kendricks.”

Not too long after replying to Pusha’s diss, the OVO frontman posted the $100,000 invoice that he rapped about in his ‘Duppy’ song.

“It’s gonna be a cruel summer for you. I told Weezy and Baby, ‘I’ma done him for you’. Tell ‘Ye we got an invoice coming to you. Considering that we just sold another 20 for you.” 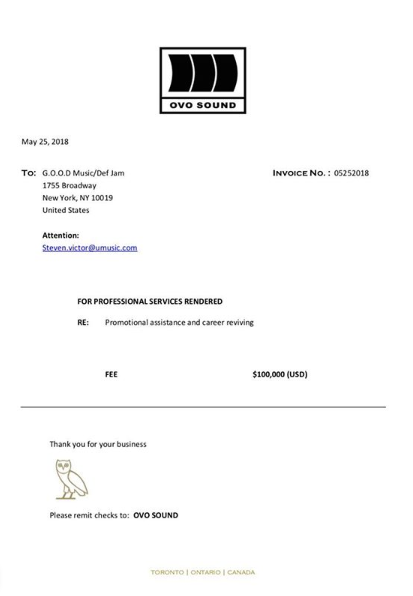