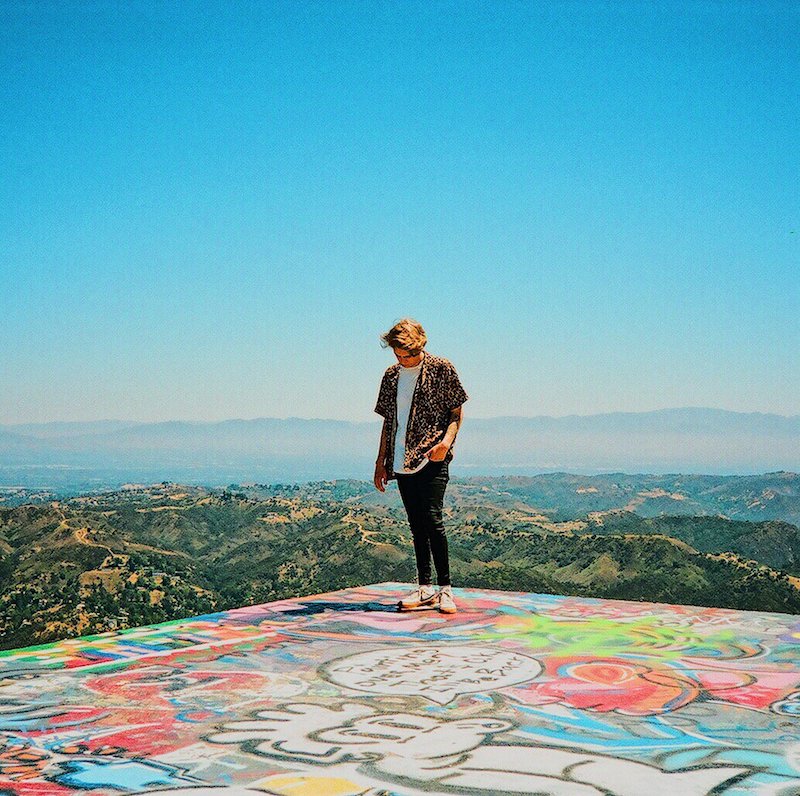 Devin Kennedy is a singer-songwriter based in Los Angeles, California. Not too long ago, he released a lovely EP, entitled, “You & Me, That’s Enough”.

The 4-track project opens with “Champagne For Two”, which sets a pleasant mood for the entire EP. The romantic tune contains a relatable storyline, pleasing vocals, and mid-tempo instrumentation scented with a commercial pop aroma.

“When I decided to shoot a music video for ‘No Worries’, my goal was to film something as carefree and bright as the song makes me feel. A few years ago, a friend took me on a hike in the Malibu Hills—Topanga Canyon to be exact. We found this amazing abandoned fire lookout with graffiti everywhere and the most amazing view you’ll ever see. I’m from California, born and raised, and I think there’s always a hint of that summer, beachy vibe in a lot of my music, especially on the new stuff. So what better place to film a music video than overlooking what seems like all of the San Fernando Valley.” – Devin Kennedy

‘No Worries’ is the perfect soundtrack to a romantic night in or a quiet dinner with friends and family. Also, the song is a chill anthem for the anti-FOMO crowd which reminds listeners to be in the moment and let go of negative influences.

“Something Bout That Feeling”

Devin Kennedy’s smooth baritone shines bright on “Something Bout That Feeling”. The mid-tempo tune contains a relatable narrative, a feel-good vibration, and mid-tempo instrumentation. Also, the song explores the complicated emotions that come with chasing after love and being comfortable in your loneliness.

“The Way It Goes”

“When it comes to pop music that stands out from the masses, Devin Kennedy’s unique, soul-driven artistry will have you coming back to his melodies again and again.”

‘The Way It Goes’ finds Devin Kennedy reflecting on life and sticking to what he knows. Later, he admits that even though he has no cash to his name, he’s still filthy rich in good times. The introspective tune contains a relatable storyline, ear-welcoming vocals, and lush instrumentation scented with an indie-pop aroma.

We recommend adding Devin Kennedy’s “You & Me, That’s Enough” EP to your personal playlist. Also, let us know how you feel about it in the comment section below.