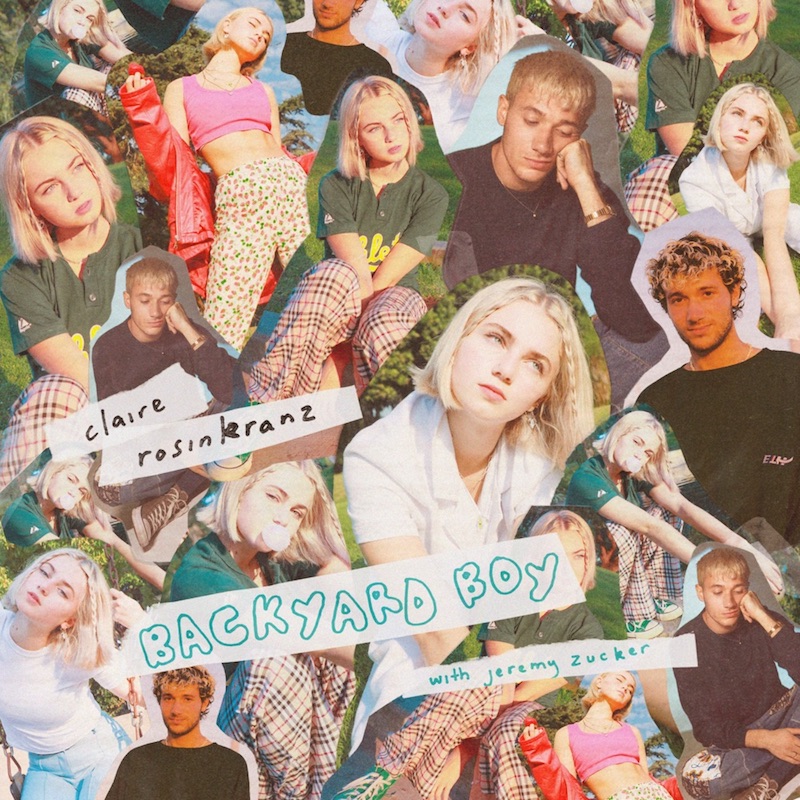 “Dance with me in my backyard boy. Looking super fine in your corduroy. Drive me ‘round the block, we can go in a loop. And we’ll turn the volume up on some good boy band tunes. Love to feel the fresh air, I can feel your eyes stare. And I’m not gonna lie, I get a little bit scared. My heart is on wings, I’m living in dreams. And at the top of our lungs, we sing.” – lyrics

‘Backyard Boy’ has quietly become a phenomenon. So far, the song has captured #1 on the Spotify Global and US Viral 50 charts. While the music video for the original version has accumulated over six million YouTube views and counting. Also, the song has inspired nearly three million TikTok videos and counting.

Claire Rosinkranz buzzed to the forefront of the conversation during the summer of 2020 with the independent release of her debut EP, entitled, “BeVerly Hills BoYfRiEnd”. Unbeknownst to her, the song “Backyard Boy” gained unprecedented traction on TikTok, inspiring nearly three million video recreations. Also, its success sparked a highly competitive signing effort from labels around the world. In addition to generating nearly 40 million Spotify streams, “Backyard Boy” captured #1 on the Spotify Global and U.S. Viral 50 Charts, with the EP passing over 50 million global streams.

We recommend adding Claire Rosinkranz’s & Jeremy Zucker’s “Backyard Boy” duet version to your personal playlist. Also, let us know how you feel in the comment section below.