“‘Heaven’ to me is interesting because selecting a single off the album is so tough. ‘Infinite Dream’ is so versatile, and it shows so many different sides of my music-making abilities. Picking one single to represent the entirety of the work is impossible. But ‘Heaven’ is something I thought fans would enjoy and would be a nice precursor to all the madness and insanity that they’re going to get to hear on the album.

I made ‘Heaven’ in Hawaii around two and a half years ago with longtime collaborator and best friend, Kevin White. When I listen to the record, I can still see the pink and purple sunsets, and all the crazy other activities that went on over there. I hope you guys love it as much as we loved making it.” – Bazzi explained

‘Heaven’ marks the latest single from Bazzi’s eagerly awaited third solo album, INFINITE DREAM, arriving via Atlantic Records on Friday, September 16, 2022. The 19-track album also includes recent singles such as the deeply personal “Will It Ever Feel The Same?,” “I Like That” (currently featured in Amazon’s hit series, The Summer I Turned Pretty), “Young & Alive,” and the dazzling new anthem, “Miss America.” The latter of which is accompanied by an official music video co-starring actor Dylan Sprouse and supermodels Barbara Palvin and Yovanna Ventura.

Bazzi will celebrate INFINITE DREAM with an epic North American headline tour – his biggest live run to date. Produced by Live Nation, The Infinite Dream Tour kicks off October 17 at Dallas, Texas’ House of Blues and then continues through mid-November.

Bazzi was born to a Lebanese immigrant father and an American mother. During his senior year, his father moved to California, where he wrote and produced a series of viral smashes like “Alone” and “Beautiful,” earning millions of worldwide streams and top 10 placement on a variety of influential playlists. Now, he has over 1.9 billion streams to date. His 2018’s 5x RIAA platinum-certified, “Mine,“ proved Bazzi’s true breakthrough. He ascended to #1 at CHR/Top 40 and made the top 20 on Billboard’s “Hot 100” after reaching #1 on virtually all streaming platforms.

As if all that weren’t enough, the “Mine” companion video boasts over 192 million views via YouTube alone. Bazzi’s RIAA platinum-certified debut album, COSMIC, debuted among the top 15 on the SoundScan/Billboard 200 upon its 2018 release, earning over 4.3 billion global streams. The project featured the 4x platinum certified, top 40 hit duet version of “Beautiful (Ft. Camila Cabello),” accompanied by a spectacular companion visual, which has over 188 million views.

In 2019, Bazzi unveiled his first ever mixtape, SOUL SEARCHING, collecting over 1.8 billion streams on the strength of such RIAA platinum-certified singles as “I.F.L.Y.“ and “Paradise.” The project made a top 20 debut on the Billboard 200, while “Paradise” proved one of Bazzi’s biggest hits with over 675 million global streams and counting.

Bazzi made the most of his 2020, releasing a string of intimate and deeply confessional tracks – including “Young & Alive,” “Renee’s Song,” “I Got You,” “I Don’t Think I’m Okay,” and “Crazy.” All of which drew millions of streams around the world.

Bazzi followed the impressive singles run with his 2021 hit, “I Like That,” which was joined by a colorful official music video directed by Christian Breslauer (Roddy Ricch, Doja Cat, Yungblud). Also, the video co-starred close and personal friends such as high-profile influencers Luca Sabbat, Scarlett Rose Leithold, Charlotte D’Alessio, Valentina Bilbao, Bruna Lirio, Chandler Lovelle, and Duke Nicholson. Not too long ago, Bazzi released his most personal song yet, “Will It Ever Feel The Same?”

Bazzi – “Will It Ever Feel The Same?” single 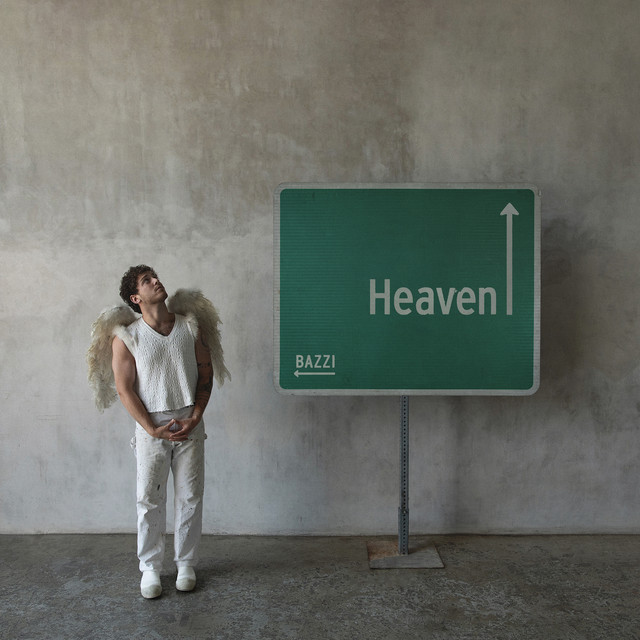 We recommend adding Bazzi’s “Heaven” single to your favorite contemporary pop playlist. Also, let us know how you feel in the comment section below. Mel Blanc’s famous catchphrase, That’s All Folks! Thanks for reading another great article on Bong Mines Entertainment – the hot spot for new music. Always remember that (P) Positive, (E) Energy, (A) Always, (C) Creates, (E) Elevation (P.E.A.C.E). Contact us on social media via Twitter, YouTube, Instagram, or Facebook, and let us know what’s going on. Disclaimer: This post, contains affiliate links, and we may be compensated if you make a purchase through links on our website.