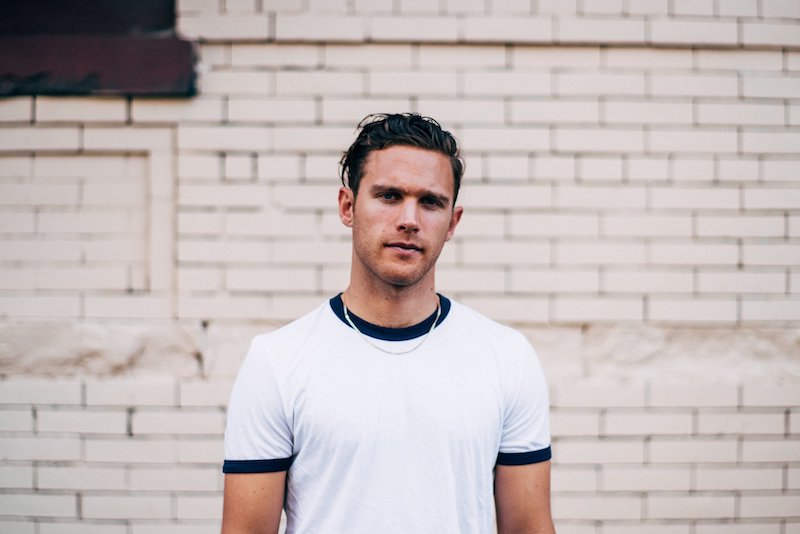 Aaron Taos is a singer-songwriter from Brooklyn, New York. Not too long ago, he released a music video for his breakup anthem, entitled, “Closure”.

“The video was directed, produced, and edited by my roommate Taylor Florio. Leading up to shooting the video, we discussed a couple of concepts that didn’t quite make the cut. The one theme though that stuck with us through all the ideas was the illusion of the closure itself. That even when we believe we attain it or seek to, there’s always something that can pull you back in again.” – Aaron Taos

‘Closure’ tells a heart-aching tale of a guy who struggles to get over a painful breakup with his significant other. Apparently, the separation has driven him to drink. Also, in his desolate state, he desires to hear his ex say that their relationship is over for good. Even though what he wants to hear is painful to bear, he admits that hearing the truth will inspire him to move on and find someone new.

“‘Closure’ is about the process of searching for resolution after a break-up. It’s about that unexpected rush of emotions that come when you see your old person’s face—even when you were consciously confident you were over them. Break-ups are hard, very hard. It’s only natural we seek to wrap up the end in a nice bow and ribbon. In reality, though, the situation is never quite so black and white. The hurt is still there. No matter how dormant the feelings are, all it takes is the right reminder and suddenly here you are in the thick of it again.” – Aaron Taos

We recommend adding Aaron Taos’s “Closure” single to your personal playlist. Also, let us know how you feel about it in the comment section below.