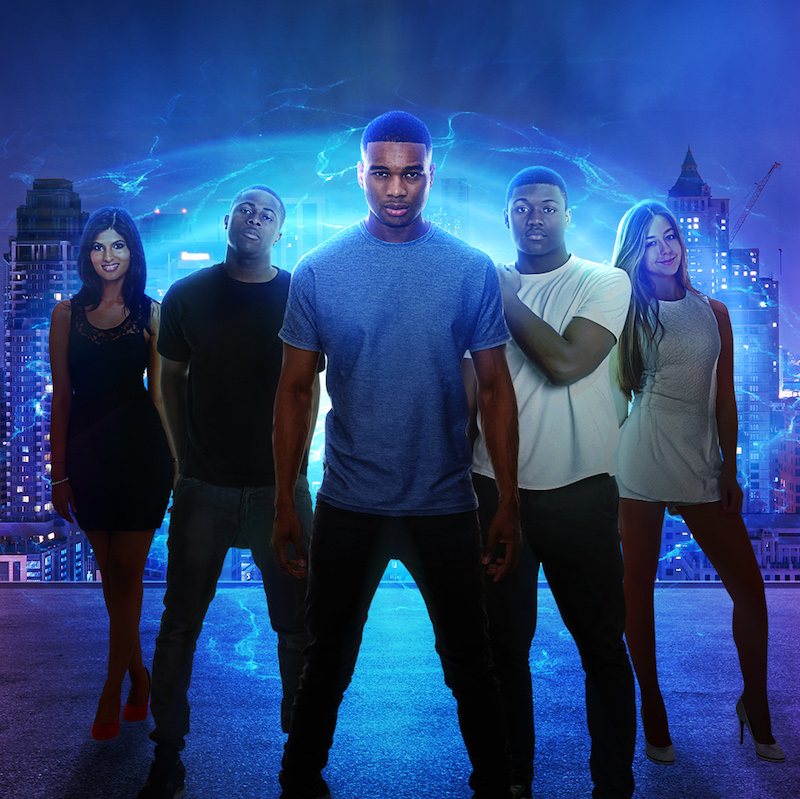 ‘Three Black Boys: Tomorrow After Supper‘ by Zangba Thomson is two books in one or two parts of one book. This is one book that you don’t want to dismiss out of turn because it just may surprise you.

Barnes, Demus, and Baker are three young Black boys living in southside Jamaica, Queens, New York. The three boys are close friends and spend a lot of time together. They all have dreams of their own but their living situations make it hard for them to realize their dreams.

Barnes spends his time selling drugs and instruments of death to provide for himself and his sick mother. However, things change when Barnes takes his mother to a doctor and discovers that she has Black Fever Disease. She will die in a month or less if she doesn’t get a liver transplant that will cost a quarter of a million dollars. Barnes, wanting to save his mother’s life, convinces his friends to help him get the money the only way they know how—by doing a robbery.

“Tomorrow After Supper” is when Barnes, Demus, and Baker have a chance to redeem themselves since their intentions were pure. Ego has stolen the cosmic melatonin tree which provides everyone on Earth with their immune system and released a Death Virus on the planet. It is up to the Three Black Boys to recover the tree before everyone dies and Ego takes over.

This book not only exposes a disease (Black Fever Disease) that few have even heard of. But shows how desperate things can get for those living on a low income or in poverty.

The second half of the book is just as interesting and entertaining. Also, it reminds me of “Dante’s Inferno” as the boys get a chance to redeem themselves. Some of the characters I was not able to fully connect to the story. The detectives and Ten-Ten Winz could have used more backstory as to how they are connected to the Three Black Boys and what they were doing. Also, some of the languages was a bit different for me. 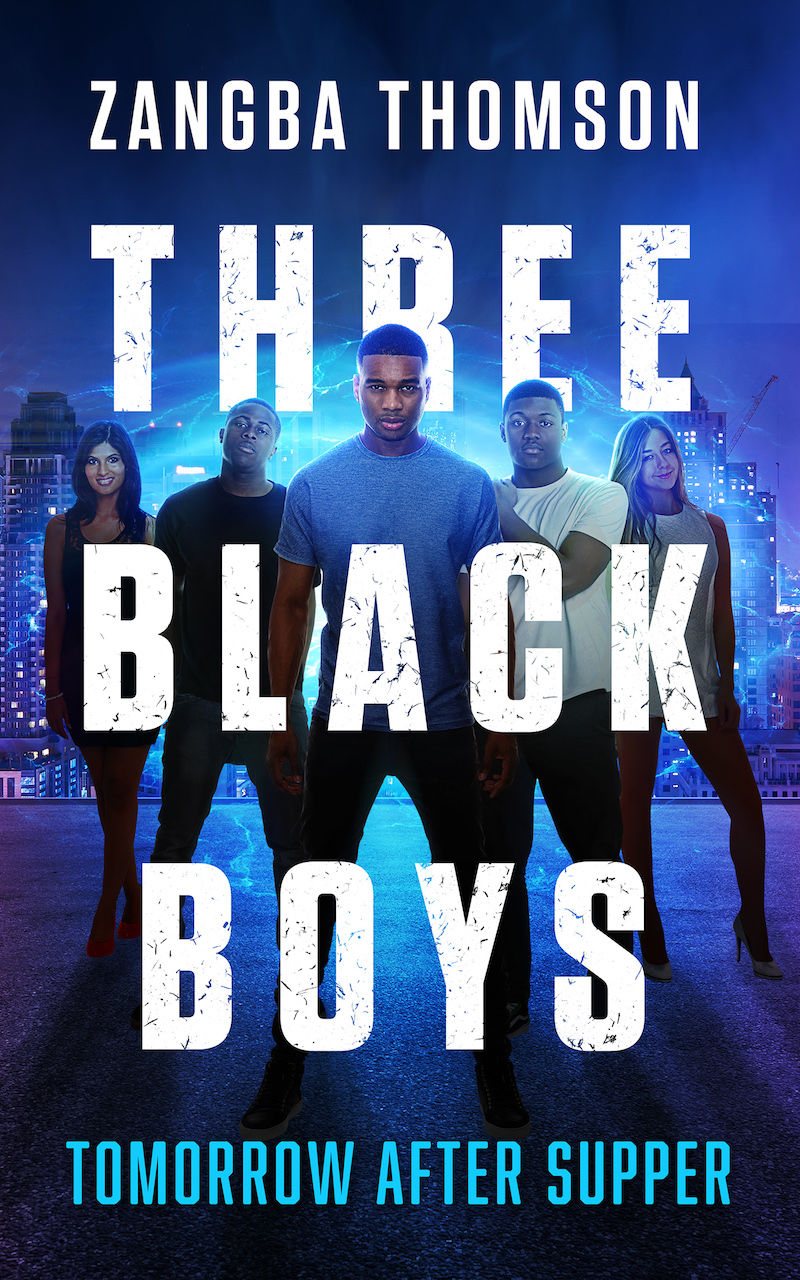 “One book you don’t want to dismiss!” – Night Reader Reviews

In conclusion: Adults and young adults alike will enjoy this book, providing they don’t dismiss it out of turn. It would probably be fine for even middle school-aged children to read. It is very little in the lines of rough language and I believe most who read this will be impressed. I rate it 3 out of 4. Overall it had a great plot to it. Unfortunately, since a few of the characters confused me a bit I can not give it full points. This goes for both the original book and “Tomorrow After Supper”. I will admit, I ended up looking up Black Fever Disease after reading this book.

I have read over some other reviews of this book and noticed that the second section seems to get a negative review in favor of the more realistic and serious first section. However, I enjoyed both sections equally. Also, I feel like the second relies much heavier on symbolism. And I can understand how some who only read the section at face value could have found it lacking.

Not too long afterward, I contacted Zangba Thomson and asked him a couple of questions for clarification purposes. 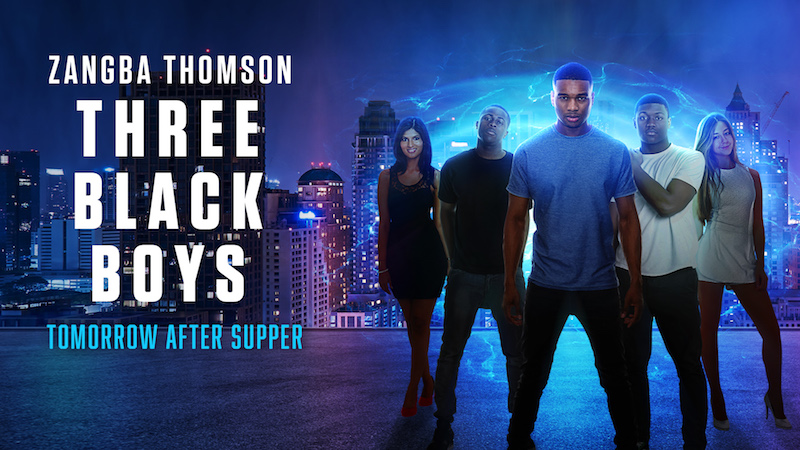 How much of the first section of the book was based on a real story?

Zangba Thomson: The first section was based on a song I recorded, entitled, “Three Black Boyz”. In the song, the boys did a robbery, and listeners were asking why? During this time, I came across an article about Kala-azar (Black Fever Disease), a potentially fatal disease that was killing 50,000 to 90,000 people a year in India, Sudan, and Brazil. At this point, the elements of the book started to form in my mind, even though I knew Cancer would have been a more relatable choice to the Western world than Black Fever. I chose to put the spotlight on Black Fever by placing it inside the mother of one of the boys, making it a reason why they committed the robbery, which led to bloodshed.

Zangba Thomson: Correct. The second part is life after death, a dream sequence, a continuation into an unknown world. The first part is urban fiction and the second part possesses elements of fantasy, spirituality, and a lot of symbolism. Readers may feel disconnected from the second half because it ushers them into an unknown realm, and they experience the uncomfortable feeling of what occurs when death happens, a disconnection from reality.

Also, the second part deals with some things that can’t be seen like the “ego”, which I turned into a villain to show how destructive our egos can be; it can destroy the world if it is not subdued or eliminated. Furthermore, the second half (and you are right) is about redemption. I believe, we all make mistakes (some more life-threatening than others), but life oftentimes gives us a chance to redeem ourselves, and right our wrongs. Moreover, the first part deals with “Black Fever Disease” and the second half deals with the mysterious “Death Virus” that is killing humanity because their immune system has been tampered with.

Night Reader Reviews recommend adding Zangba Thomson’s “Three Black Boys: Tomorrow After Supper” novel to your favorite book collection. Also, let us know how you feel about it in the comment section below.