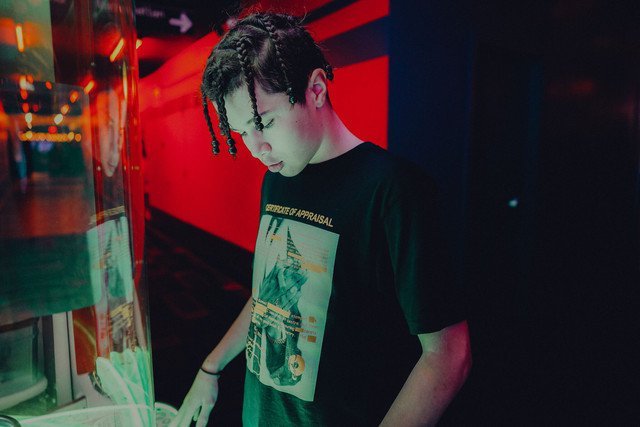 Young Pwavy is an up-and-coming 15-year-old artist from Harlem, New York. Not too long ago, he released a tropical rap tune, entitled, “Golden Boy”, featuring Louyah.

“Now you have to see that I have been chosen. We about to blow. Make it so I never have to see another day where my momma stress about the bills that she got to pay. I stay on the path that I know. The road that leads straight to the goals. Hating ‘cause you see the growth. You ain’t gonna stop me, I shine through the storm. I will never worry about these hoes. I look over my shoulder as long as it goes ” – lyrics

‘Golden Boy’ tells an interesting tale of a young man who is determined to be the best version of himself.

Apparently, he’s not worried about promiscuous women or any other distraction. His main concern is stacking money as high as he can stack it and supporting his family.

Young Pwavy got involved in music after his cousin played him the work he had done for other artists. His musical influences include Drake, Post Malone, and Sheckwes.

We recommend adding Pwavy’s “Golden Boy” single to your personal playlist. Also, let us know how you feel about it in the comment section below.