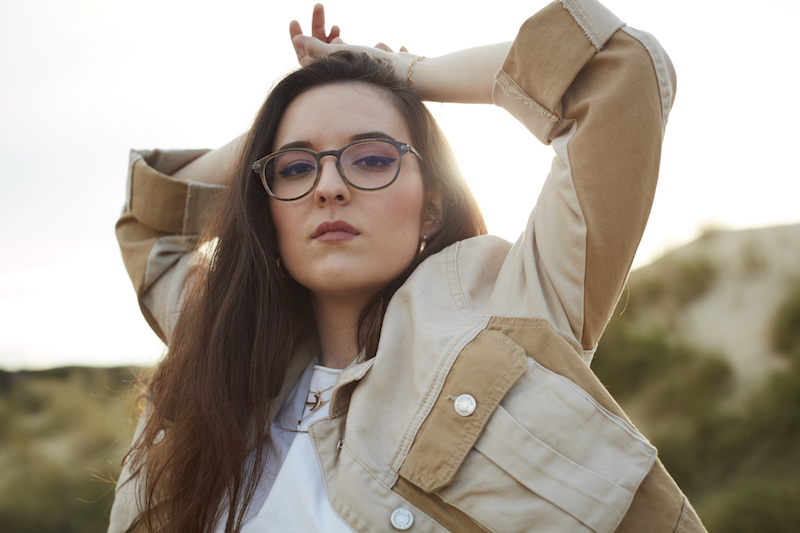 Veronica Fusaro is a 22-year-old singer-songwriter from Thun, Switzerland. Not too long ago, she released a music video for her “lie to me” single.

“If I told you not to leave would you turn and look back to me? And maybe if you’d stay, we could try to dream away the day is way too bright, it’s fulfilled with lies anyway. Have another drink, you could show me how you wink all of your sorrows away. Something is telling me that you’re my escape.” – lyrics

‘lie to me’ tells an adorable tale of a young woman who is in a foggy room at night with someone who she desires to be with.

Apparently, she doesn’t care if this person tells her stories which aren’t necessarily true. All she wants is for him to keep talking for a few more months until July comes.

Later, she admits that she wants to frame his face just in case he disappears outside into the cold weather.

Veronica Fusaro – “lie to me” single

“‘lie to me’ is “inspired by a Friday night out, but talks about much more than just a weekend. It addresses the rapidity of the world we live in and our desperate cry to find real emotions.” – Veronica Fusaro

Veronica Fusaro stepped into the spotlight in 2016 with her self-produced EP, entitled, “Lost In Thought”.

Shortly afterward, she surprised the Swiss music industry by winning the “Demo of the Year” at the M4Music-Festival.

Since then, she has toured small and large stages, from New Zealand to London and all the way back to Switzerland. With the experience of 136 shows in 2018, this year is set to be even more exciting for Fusaro.

We recommend adding her “lie to me” single to your personal playlist. Also, let us know how you feel about it in the comment section below.