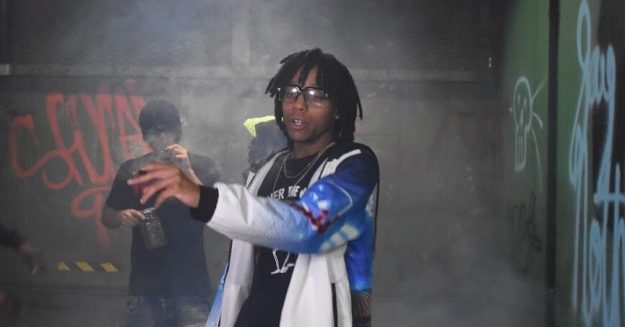 Tony Millions talks about life, obstacles, and his “Girl Roll Up” music video

Tony Millions is an up-and-coming rapper outta Toledo, Ohio. Not too long ago, his “Girl Roll Up” music video was voted dopest video in our Dope Music Video Showcase for January 2018. Since then, Millions has been busy working on a new mixtape.

We caught up with Mr. Million Bars, and this is the first question we asked him.

Tony Millions: I grew up outside of Detroit in the suburbs of Royal Oak, Michigan; but I’m originally from Toledo, Ohio. Life in Toledo is different from life in Royal Oak. Until I graduated high school, on the weekends, I would go to Toledo and kick it on the Westside at my grannies, the north side with my cousins, and the south side with my uncle.

“Toledo is heavy on gangs and similar to California when it comes to wearing certain colors in certain neighborhoods. I used to always try to wear neutral clothes when I would visit—to not draw any unwanted attention.”

When I was a sophomore I wore a blue Carhartt to Toledo and got questioned by a GD for wearing blue in the wrong hood. That made me realize that someone is always watching you and judging you whether you know it or not, and that helped develop my street smarts. 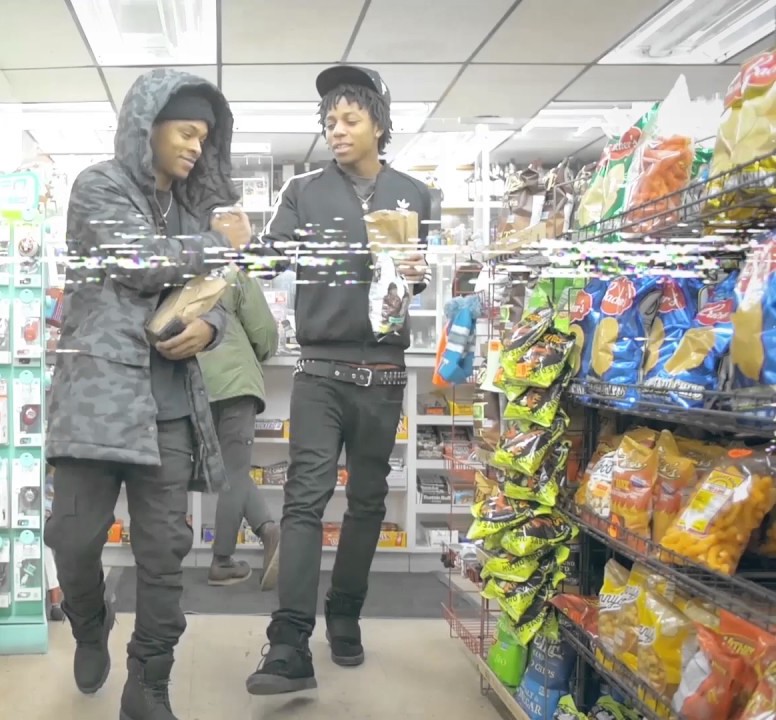 Royal Oak was the exact opposite. When I first moved here, it wasn’t that many black people so I always stood out. It’s a small city, about 11 miles all the way around. I grew up in a weird space because I didn’t really fit in. I was “too white” for the average black person and “too black” for the average white person. Also, I noticed as hip-hop got bigger, and started becoming the norm in every culture, it seemed like everything started to balance out and I could truly be myself.

When Wiz Khalifa came out in 2010, it seemed like people stopped caring about “how black” someone was. He kinda made it cool to be yourself and I noticed the difference in Royal Oak once they caught wind of him. It was kind of like people expected you to live up to the stereotype of being a gangster because you were black and mainstream media didn’t do a good job at showing that it’s other sides to Hip Hop culture.

When did you realize, you wanted to be a rapper?

TM: At the age of seven, I attempted to write my first rap. I realized I wasn’t that good and thought rapping wasn’t for me. I tried to write another rap at the age of nine, and once again, it didn’t work out. When I was eleven, I wrote my first “official” song. I recorded it in Toledo on a Thanksgiving break and I never stopped rapping after that.

My cousin helped me write my first record, entitled, “Walk Tha Walk”, and we recorded it on a four-track cassette player. He left for 2 hours, but when he came back, I taught myself how to use it and had 5 more songs recorded; plus, a whole mixtape on a cassette to drive back home to Michigan with.

Which artists did you grow up listening to?

TM: I grew up listening to anything that was mass pushed in front of me. When I first became aware of rap music and could comprehend what I was listening too, I gravitated to Tone Lōc, Tupac Shakur, and Scarface. As I got more into it and got a little older I started listening to Ludacris, Snoop Dogg, Eminem, 50 Cent, and Xzibit. In my teenage years, I listened to Lil Wayne, T.I., Three 6 Mafia, JAY-Z, Kanye West, Twista, and Mike Jones.

Congrats on winning our Dope Music Video Showcase for your “Girl Roll Up” music video. What was your most memorable moment during the video shoot?

TM: First of all, thanks for letting me be a part of the competition. To be honest it wasn’t really a most memorable moment. I really live like the music video on a regular basis. The only thing is that I don’t always have a person to record it all. But if I had to try and pick something, I would say how me and CT Films always have a friendly competition on who can roll up better. The gang is always very critical of each other’s blunts. Don’t let a blunt have a hole in it or become unraveled, you’ll never hear the end of it.

What’s the storyline behind “Girl Roll Up”? What is it about? Is it a personal story? What inspired you to record it?

TM: The storyline behind “Girl Roll Up” is about a guy that’s usually the plug and he’s having a slow day while looking for ganja. He decides to go through a girl’s mother in Detroit and finds some super loud. He starts off buying a quarter to test it out but by the end of the song, he buys a whole ounce from her, scoops the daughter and goes home to Toledo. 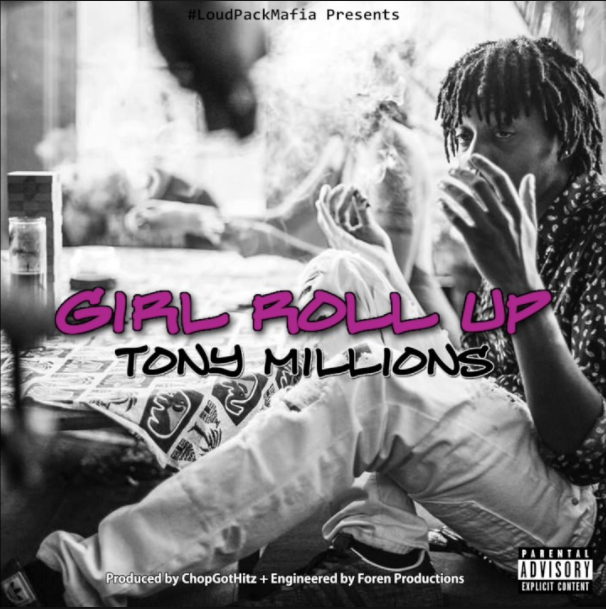 A lot of storytelling in my music isn’t just one particular scenario. A lot of times I’ll take 3 or 4 stories and blend them to make the perfect record. Some of the inspiration from behind the record was that I was dating a girl whose mom had a little trap house and I just wanted to incorporate that into music because I see a lot of interesting stuff but I don’t ever put it into my music.

What’s the greatest obstacle you had to overcome as a rapper? How did you overcome it?

TM: My greatest obstacle as a rapper has always been living so close to Detroit and not fitting in with the rap scene because my music is so different and has more of a mainstream feel to it. Most of the local Detroit rappers hold a certain sound and production and all the records sound the same. I also speak very clear and proper so every area I’ve lived in, people always tell me I don’t sound like I’m from around there.

In Detroit, I would say it’s like 3 different rap scenes and if you don’t fit in one of the scenes, it’s a bigger challenge to make it. (Gangster Rap, Weirdo Rap, Conscious rap). I would consider my music lyrical from the metaphor/punchline aspect but it isn’t conscious anymore. I also don’t rap about guns and violence or anything with a lot of shock value so I’ve always fit out.

What advice would you give to an aspiring rapper?

TM: Take all advice with a grain of salt and do what works for you. There isn’t one way to make it, it’s multiple ways. Everyone’s success story is different. Also, if they are outperforming, don’t perform and leave. Network with the other artist, they might be plugged with someone that you want to work with. It’s a small world and you never know who other people know.

Which celebrity female would you like to roll your blunt?

TM: If I could have any celebrity roll my blunt, it would be Tiffany Evans. That’s been my celebrity crush since she dropped “Promise Ring” and that will never change.

“I would want Tiffany to roll my blunt because I love the way she looks, dresses, and carries herself. She doesn’t even gotta hit the weed. I just want to face her and sit there, star-struck.”

TM: I’m almost done with my mixtape that I’m dropping in March. I haven’t released the title yet because I don’t want anyone to take the idea and run with it. But it’s going to be 10 unheard tracks. 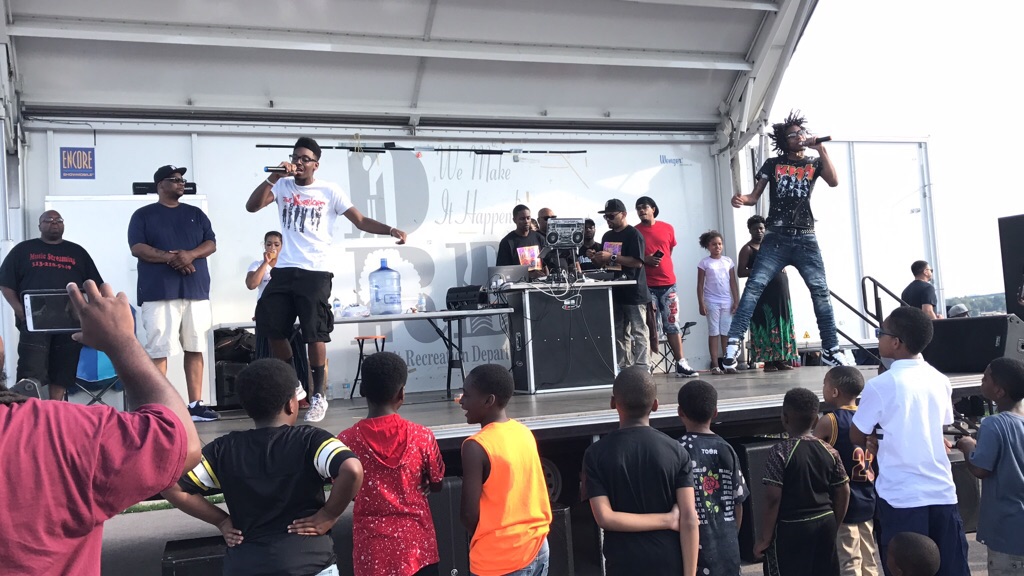 Currently, I have 7 recorded and mixed. I just have to record the last 3 then I’ll release the title and drop it via iTunes, Spotify, etc. Also, I’m performing at SXSW this upcoming March. I’ve always wanted to perform there but never knew how to go about it. I’m just now finding that all out.

TM: One thing I would like to say is for anyone reading this, PLEASE, listen to the lyrics to the music and see if you really like it. Don’t just get caught up in the beat. We get influenced subconsciously by the music that we listen to. And you don’t want to be listening to too much trash; it will rub off on you.

And the last thing I’ll say is if you know a local rapper and you believe he/she has the potential to be a star, make sure you show them support. Tell everyone that you know to help get the word out there, especially if they are from your city. It will help your whole city in the long run and make everything more profitable.