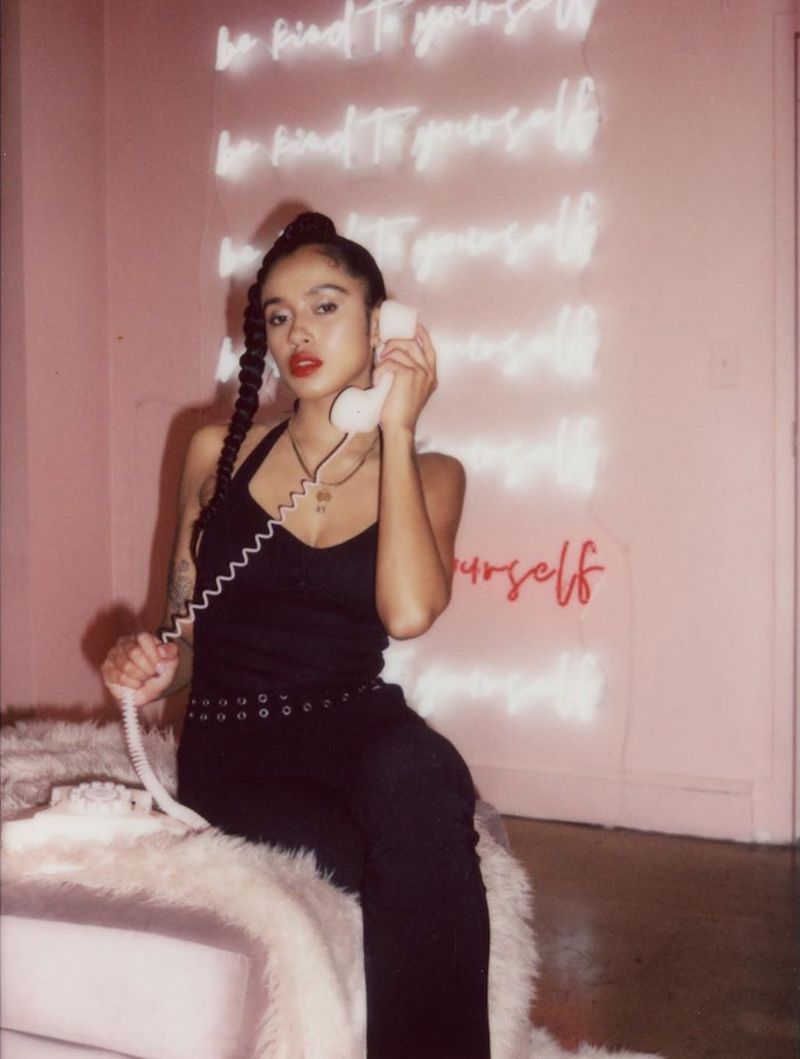 Tiera Beverly is an LA-based singer-songwriter from the Bay Area. Not too long ago, she released a music video for her lovely debut single, entitled, “Can’t Talk”.

‘Can’t Talk’ is brought to life with live musicians and twinkling keys, emitting a mesmerizing ambiance. The likable tune tells an interesting tale of a young woman who realizes she needs to put herself first. Apparently, she has goals she needs to accomplish and no time to waste. Therefore, she politely asks her significant other to chill on the unnecessary phone calls because she has work to do.

“This song was inspired by what I view as the current state that we live in, as far as technology. I do like things about social media, but I do feel like we are in a world so fueled by the need for constant reassurance and instant gratification. I definitely think that a lot of people have such a short attention span and it can cause insecurity in relationships.” – Tiera Beverly

Tiera Beverly is a name you should remember. She was born into a musical family. Her father and grandfather (the famed Frankie Beverly) were both musicians and accomplished artists. Tiera hopes her music can inspire listeners to come to the realization that it’s unselfish to be selfish every once in a while. Using her past relationships as inspiration, she was able to take her experiences and mold them into a song, as a form of self-medication and healing.

We recommended adding Tiera Beverly’s “Can’t Talk” single to your personal playlist. Also, let us know how you feel about it in the comment section below.