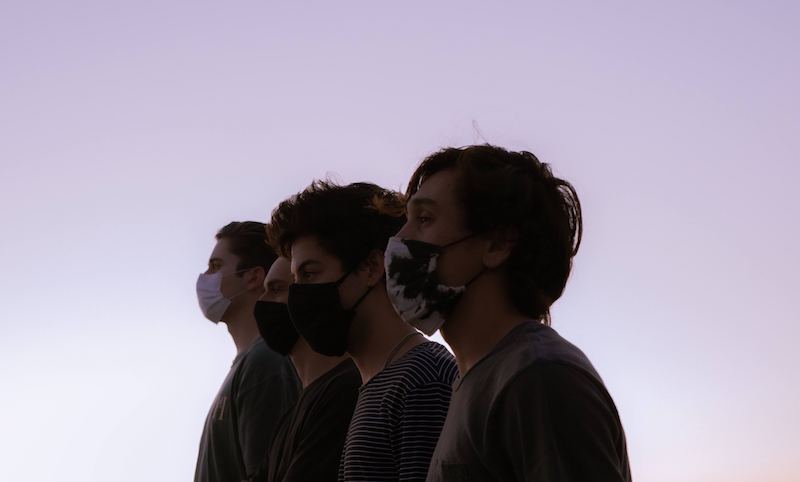 The Millennial Club (TMC) is an indie-pop and R&B quartet based in Southern California. Not too long ago, they released a lovely 6-track EP, entitled, “Summer Nights,” a reflective and dreamy romantic soundtrack. 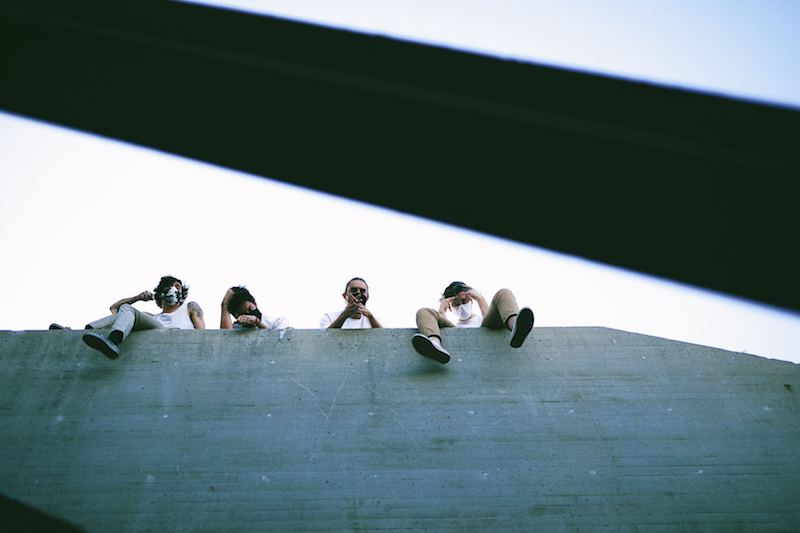 “Writing ‘Summer Nights’ felt cathartic in a lot of ways. The record as a whole feels like a release of emotions and tension within ourselves. I think for the longest time, I was obsessed with fitting into a self-described box. And I wanted so badly to ‘be like’ my musical inspirations. But with this record, perhaps unlike our previous releases, we really weren’t trying to be anything other than ourselves. We created every track with the intention of listening to ourselves. Something that is unique unto itself even within the work itself. We may have missed that the first time around. Every tune is written from personal experience, with every arrangement meticulously sorted through again and again to no avail. Also, every sax and vocal take done and redone (and redone again) to make sure we got it right.” – Andres Owens stated

The EP tells a series of stories about feeling overwhelming passion for a love interest. Also, naturally facing the challenges that come with any relationship at all stages. The infectious melodies and carefully crafted lyricism throughout are reflective of TMC’s journey in defining their sound as a blossoming band. Plus, the EP highlights their newfound perspectives on relationships and their maturing process as human beings. 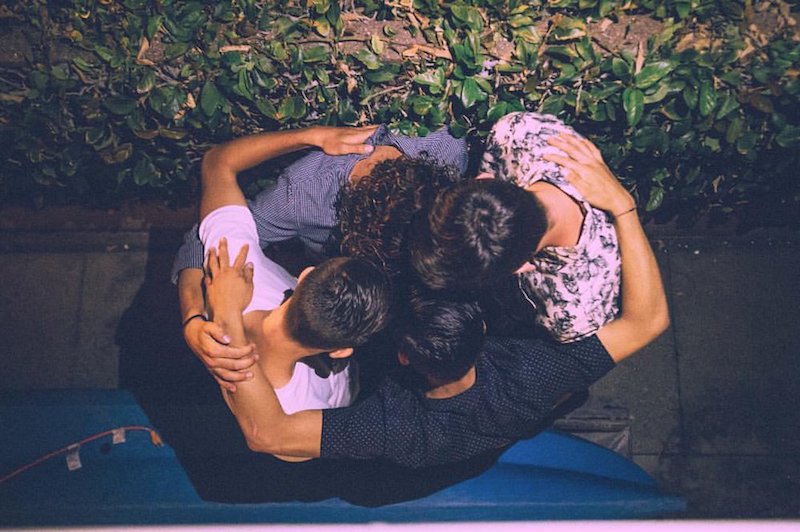 “When it comes down to it, I think that as artists, we all want to impact the world in some way. However, big or small; the real reason we do what we do is that we can’t help but feel like we have to. We have to create, express, mold, shape, shift, contort, and most importantly, release the emotions and ideas within us. ‘Summer Nights’ embodies a true and honest version of ourselves captured over the course of many little moments throughout our lifetime. Many aspects of the record changed on the spot, redirected to fit a different vibe, repurposed to complement a different song, even. A bit cliché, but somehow, it really felt like a completely new development to our music-making process. We just want the listener to experience us; us in our totality – the essence of what’s happening in our brains – what we see, what we feel, and maybe most importantly, how and why we feel the things we do. If we captured that even in the slightest, I’m happy.” – commentary by Andres Owens

“This little intro sets the mood for the entirety of the EP. It was initially a part of the subsequent song, “like i do,” but we decided to separate the two tracks to make the songs more digestible.” – commentary by Andres Owens

“I first wrote the song in 2015, and it’s been a work in progress until this year – which is a true testament to the whole concept in itself of learning to release that honesty into the world, being truthful, and wearing your heart on your sleeve. ‘like i do’ is a pivotal timestamp and authentic snapshot of the moment you build up enough courage to be upfront with a love interest you’ve always had romantic feelings for. Someone who’s only ever seen you as a friend – and finally decide to let out your true feelings. The lyrics behind the song reflect the challenges you face after suppressing these romantic feelings for years – to the point where it perhaps was buried and even ignored internally altogether.” – commentary by Andres Owens

“I wrote ‘feel the same’ just before I started dating my girlfriend, Madelyn. The song is an honest depiction of how I felt before I learned that she reciprocated my feelings. I would constantly wonder, ‘Does she feel the same?’ The song is a token to that time of my life when I was constantly wondering, where it was stressful, yet now, I’m incredibly happy. It’s meant to be a relatable tribute for both couples and singles, depending on which stage you’re at.” – commentary by Andres Owens

“I also wrote ‘summer nights’ in 2015 and distinctly remember being so captivated one day by the visual of a remarkably care-free girl full of happiness, dancing while walking down the street with headphones on. This simple yet stunningly memorable visual ultimately guided the dynamic songwriting process and led to the groovy sonic direction of ‘summer nights.’” – commentary by Andres Owens

“Like most TMC tracks, ‘summer nights’ is an encapsulation of my own mind. It was an idea I felt really strongly about. The authenticity of being powerless to your emotions; telling someone how you really feel about them. I didn’t really know what I was writing when I set out, but over time, the concept made more and more sense to me that I was, in a way, communicating with my future self about the headspace I was currently sitting in. One of wonderment, questioning, longing, introspection, and hoping. ‘summer nights’ has a fun pop exterior, but just below the surface lied my true emotions of being a young kid hoping that somebody might love me.”

“girls that ain’t u”

“I think TMC will always have two sides to our music. The more ‘chill, easy-going, Southern California pop’ side. And then the ‘way more jazz-influenced, hip-hop-esque, R&B’ side. ‘girls that ain’t u’ definitely falls into the latter category. There is an absurdly visceral element to R&B that makes you scrunch your face and think, ‘Damn, that was slick’ when you hear a certain chord progression or lick. Some things in the genre can’t help but sound very tasty. I know that sounds weird, but bear with me. That’s kinda how I felt while writing ‘girls that ain’t u.’ I had the chorus progression and melody written within minutes and instantly had the ‘Oh damn, this is pretty smooth’ feeling. This song was by far one of my favorite tunes I’ve written to date. Definitely listen until the very end of the song, including the outro – you won’t regret it.” – commentary by Andres Owens

“As with most of our music and the incessantly restless nature of finishing a song, it feels like our work as a band is never completely finished. After we finished writing ‘girls that ain’t u,’ we decided to add a section following the song that embodied a more ambient, more abstract, and less structured representation of the song that eventually became the outro and final track on the EP titled ‘anymore.’” – commentary by Andres Owens 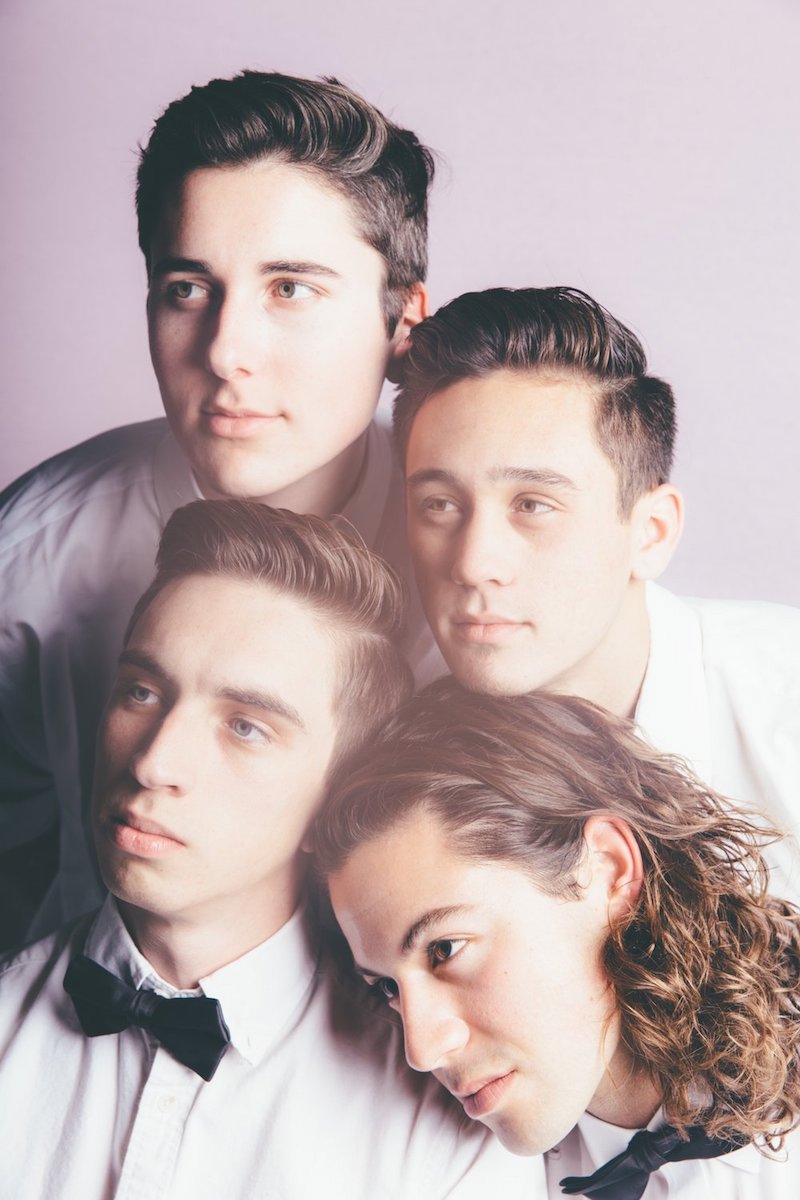 The Millennial Club was formed when singer/guitarist Andres Owens was joined by bassist/keyboardist Jared Ortiz in late 2016. Later, guitarist/saxophonist Jake Stevenson and drummer Tyler Kamei were added. Their music is a blend of dance-inspired ‘80s pop, beat-driven ‘90s R&B, and emotional love-centered lyricism. A recurring theme that appears in their music tends to revolve around the real-life notion of being honest and confessing your true feelings. Also, wearing your heart on your sleeve. Underneath their pop exterior is a band displaying youthful exuberance through catchy hooks and tender ballads. The band’s songwriting focuses on emotive, experience fueled lyricism. Their music deals with the uncertainty of love and broken promises. Also, the beauty found in small, intimate moments often overlooked in today’s age. So far, The Millennial Club has opened for Conan Gray, Charlotte Lawrence, Katelyn Tarver, MOONZz, and Quinn XCII. 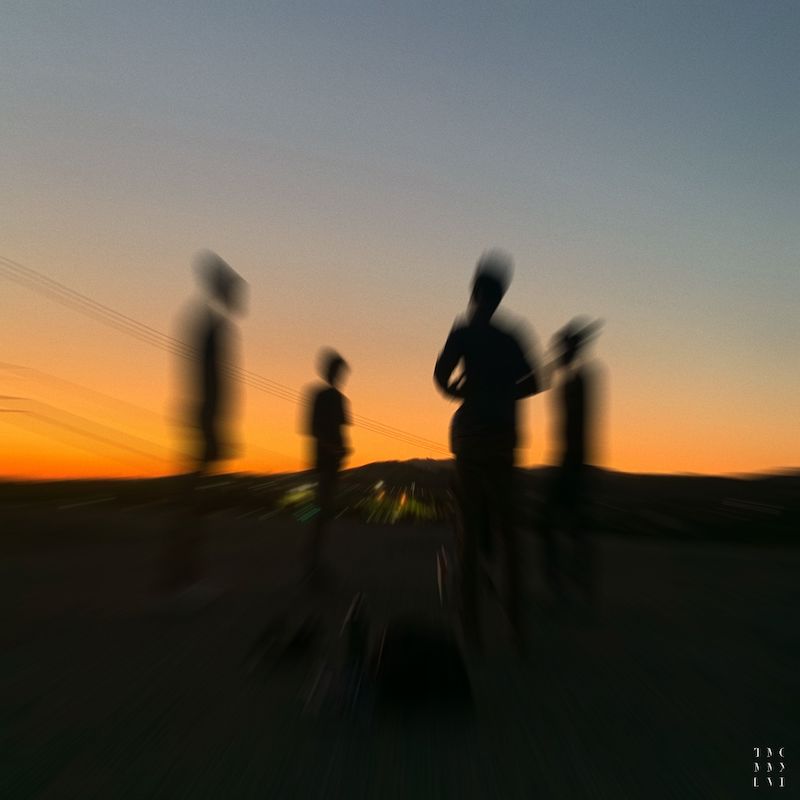 We recommend adding songs from The Millennial Club’s “Summer Nights” EP to your favorite playlist. Also, let us know how you feel in the comment section below. Peace.